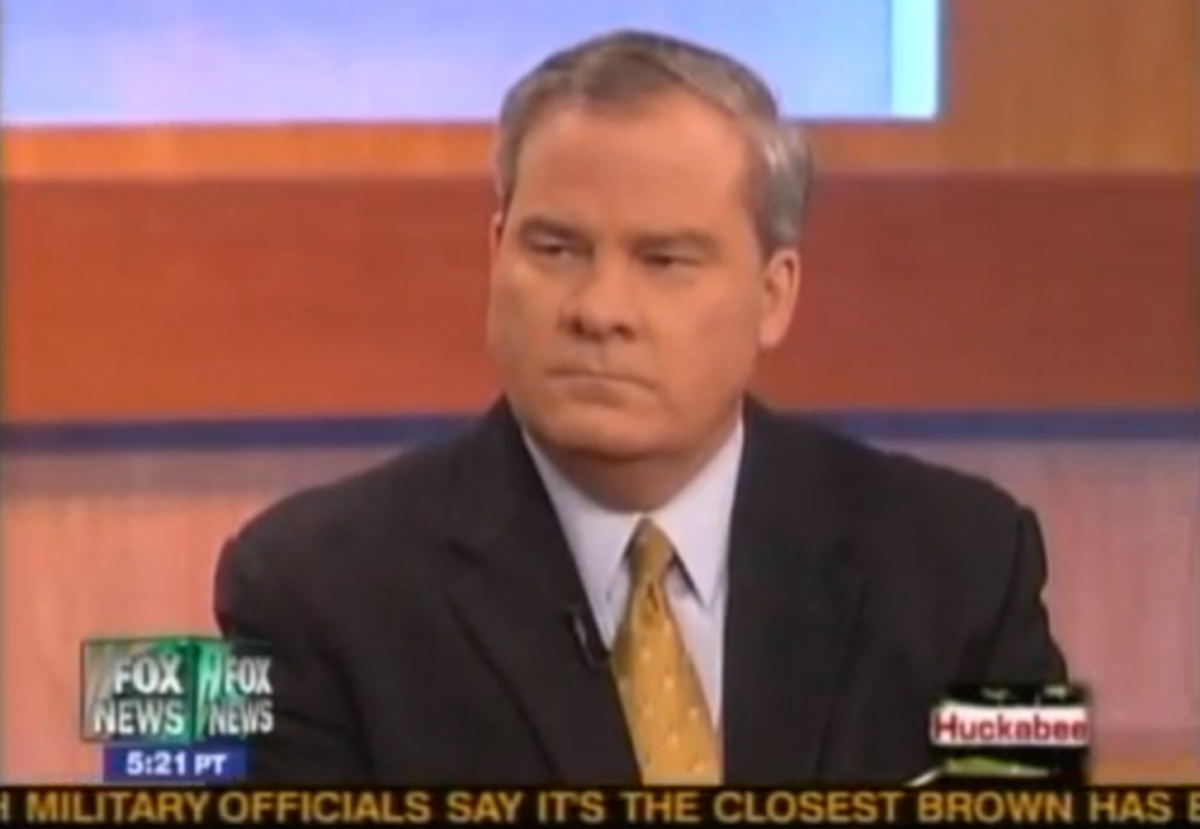 After resigning the governorship in 2004 and subsequently spending 10 months in prison for corruption, former Connecticut GOP chief executive John Rowland finds himself once again forced to relinquish a nice gig in the face of growing scandal.

At the end of his three-hour radio show, Rowland informed his audience that he was leaving radio station WTIC. "Today will be my last show as I leave the station to take care of some personal issues," Rowland said. WTIC officials subesquently stated that they accepted Rowland's resignation.

Rowland is in hot water once again, this time after a businessman, Brian Foley, and his wife, Lisa Wilson-Foley, claimed in federal court that they secretly funneled money to Rowland in order to pay for his political assistance in Wilson-Foley's 2012 congressional campaign. Foley and Wilson-Foley said they used a fake consulting contract as their cover.

The former governor and now-former radio host had declined to discuss the matter while on the air, saying he was trying to "respect the [legal] process." Current Democratic Gov. Dannel Malloy, however, had said on-record that he believed WTIC should drop Rowland from their lineup.

On Monday, both Foleys pleaded guilty to conspiring with Rowland and others to violate campaign finance law by concealing $35,000 that Brian Foley paid to the former governor from October 2011 to March 2012 through a law office associated with his chain of nursing homes, Apple Rehab.

Brian Foley has agreed to cooperate in the investigation of Rowland, and said in court Monday: "I knowingly and intentionally conspired with co-conspirator one, who was John Rowland."

"Co-Conspirator 1" is what federal prosecutors called Rowland in a document introduced in court Monday. Their continuing probe started two years ago when investigators began questioning witnesses as to whether the $35,000 that Brian Foley's company paid Rowland was instead unreported compensation from the campaign of his wife. She was campaigning at the time — unsuccessfully, as it turned out — for the Republican nomination in the 5th District.

Both Rowland and WTIC had been absorbing public criticism over the governor-turned-host's relationship with the Foleys – most recently on Tuesday, when Gov. Dannel P. Malloy said that the station should dump him.

Malloy cited Rowland's use of his radio show to criticize one of Wilson-Foley's opponents in the 2012 congressional race for the GOP's 5th District nomination, eventual nominee Andrew Roraback, who went on to lose the election to Democrat Elizabeth Esty. Rowland did not tell his listeners that he was being paid by Wilson-Foley's husband at the time that he criticized Roraback.