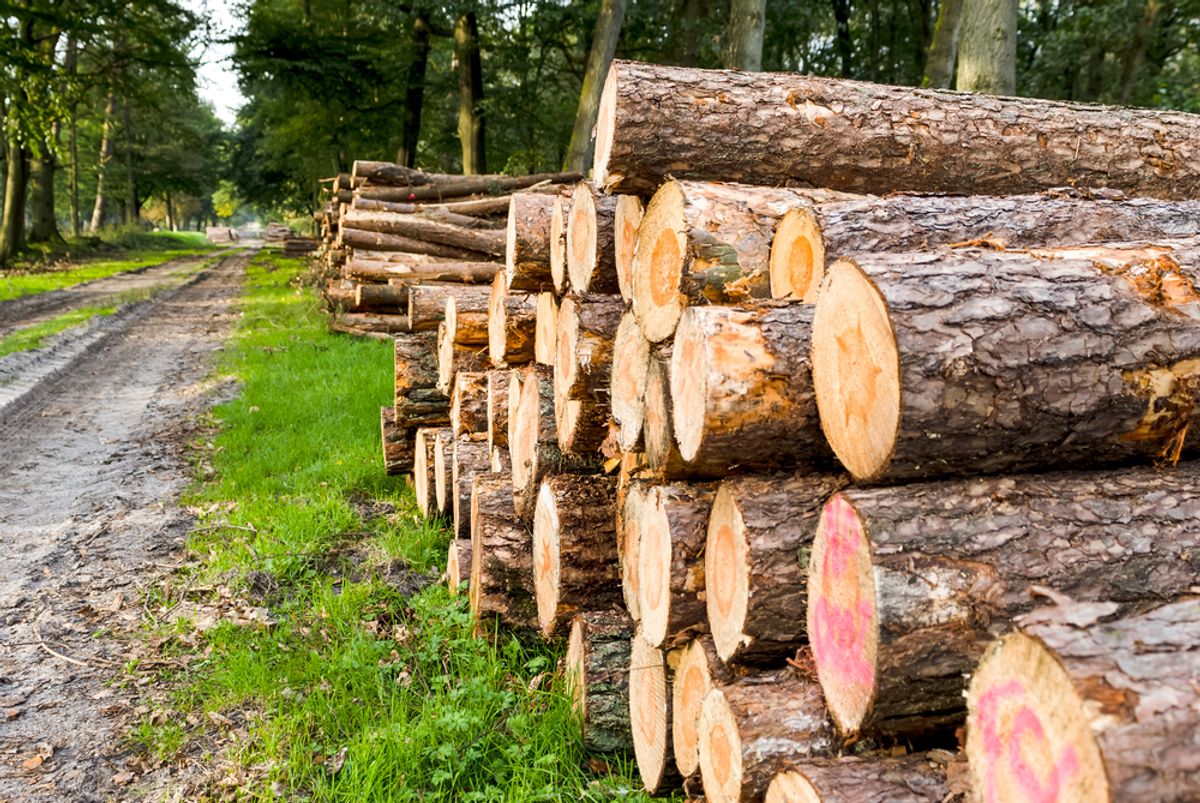 So how do we all feel about genetically modified trees? Because this is pretty cool: researchers across North America got together and figured out a way to design trees that grow up to yield paper that requires fewer chemicals, and less energy, to produce.

Discover Magazine explains how it's done:

The archenemy of the papermaker is lignin, which is a complex polymer found in the cell walls of most plants. Currently, lignin must be removed from wood through an expensive chemical- and energy-intensive procedure known as the kraft process. But with genetic engineering scientists can instead chemically modify the lignin to make it easier to break down — and they have demonstrated the ability to do so without adversely affecting the tree’s strength.

Researchers began by inserting genes that code for ferulic acid into young poplar trees. The trees incorporated the acid into their lignin, creating weak points in the chemical structure.

As a result, the lignin from these trees easily breaks apart when treated with a mild base at temperatures of 100 degrees C. Additionally, the trees maintained their growth potential and strength, researchers reported.

Sure, you could argue that we're increasingly becoming a paperless society anyway, but the researchers say the technology could one day be used on plants used for biofuels -- helping that alternative energy source hold its own against fossil fuels.

Some environmental groups have already taken a stand against this sort of thing, arguing that the contamination risk would mean sacrificing the forest for the sake of those GM trees. The researchers, on the other hand, insist that there are ways to prevent this from happening, although their proposed solutions -- "growing crops away from native stands so cross-pollination isn't possible; introducing genes to make both the male and female trees or plants sterile; and harvesting trees before they reach reproductive maturity" -- don't seem entirely infallible.

In any case, we can probably all agree that the most environmentally friendly paper is no paper at all.