In 1996, the "Mad Men" actor attempted to woo Mary Carter with an "evening of total fabulosity" 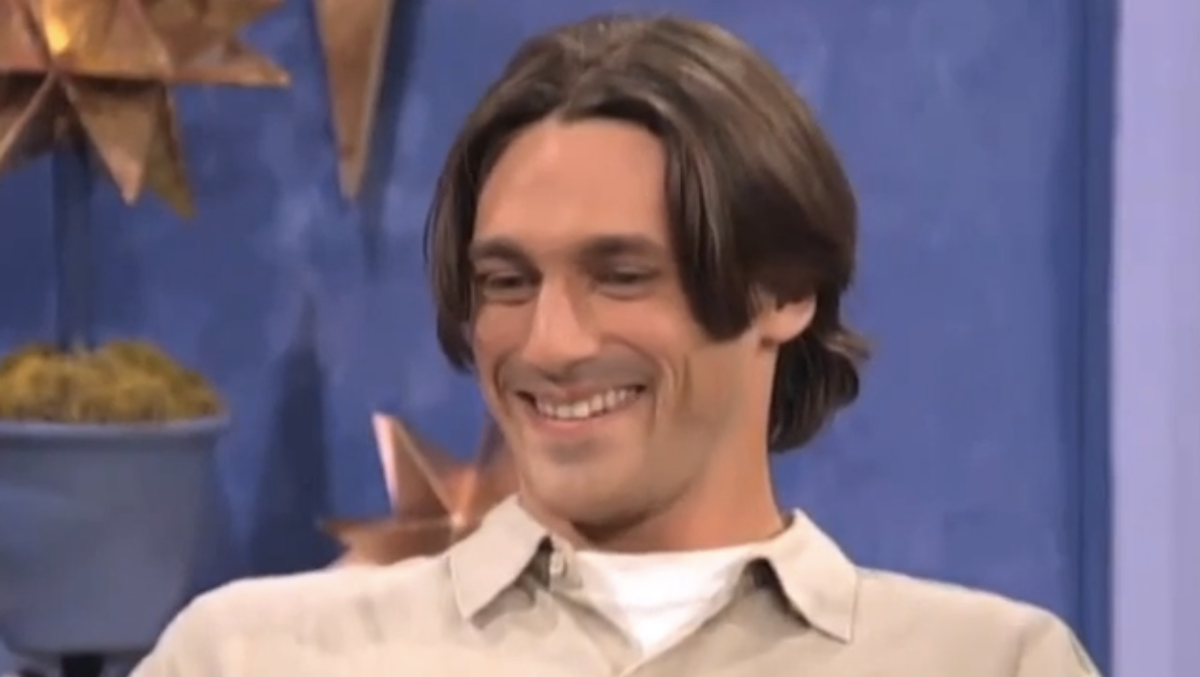 An amazing clip from "The Big Date" in 1996 has surfaced on the Internet, in which two women passed over a chance to date "Mad Men" actor Jon Hamm. At the time, Hamm was a waiter with a bowl haircut who was just "trying to hook up with a member of the opposite sex," as host Mark L. Walberg stated of all the contestants. His only chance to prove himself a worthy suitor on the show was when peacocking for 25-year-old actress and computer animation student Mary Carter, who stated she had a foot fetish. In a sort of creepy voice, Hamm offered her a cheesy evening of "fabulous food, fabulous conversation with a fabulous foot massage for an evening of total fabulosity." Instead, Carter chose Marc, a stuntman who promised to show her his "flexibility." That was that.

So where is Carter now? Is she kicking herself for not going out on a date with Jon. Freaking. Hamm?

Turns out that Carter, now Mary Lou Sandler, only learned that she passed over the famous actor "this morning at 7:05 a.m." when a producer from TMZ tweeted her about the clip. "I didn't even know he was on the show," Sandler told Salon over the phone.

Now 43, Sandler lives in Los Angeles where she runs a photography studio, 3 Cubed Studios with her husband, Justin. She realized that she has, "like 18 double chins in that show," but she's excited that the clip is going viral.

She also has no regrets about how her love life turned out. She went out on a date with Marc (the trip they won to Jamaica never materialized, though) and the two became friends. She later met and married Justin, "a beautiful rock star" who performs in a band called Bullet Boys and Hollywood Roses, a Guns N' Roses cover band. "I wouldn't trade my husband for a thousand Jon Hamms," Sandler said, laughing. They've been together for five years.

Sandler has not seen Hamm since the show. "Maybe one day I'll take his picture," she joked. If not, though, Sandler wants to tell him, "Congratulations!"