OkCupid's gay rights stunt has its limits: Taking a deeper look at the savvy ploy

Mozilla's CEO was an easy target, but OkCupid's logic should take it to trickier places 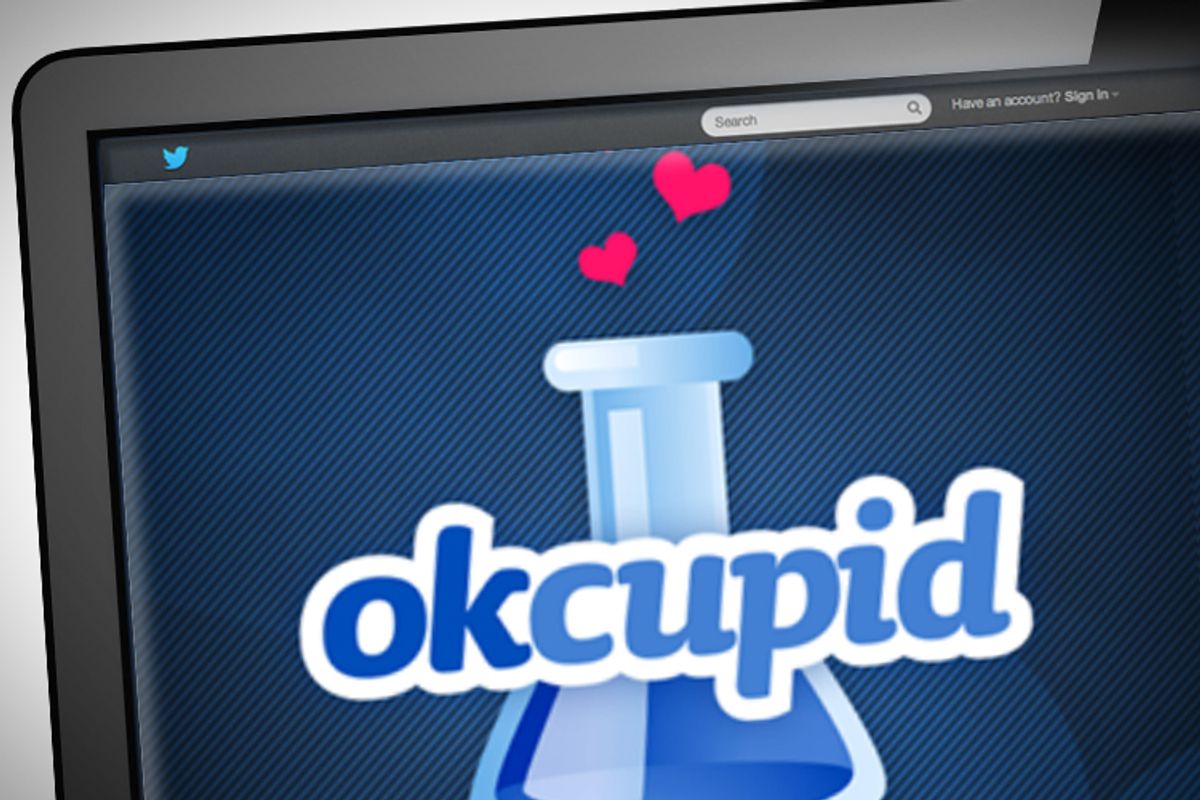 Brendan Eich couldn’t have imagined in 2008, when he shelled out 1,000 bucks to help overturn equal marriage rights in California, that the donation would one day cleave him from the company he co-founded. Six years later, same-sex marriage is the law of the land in 17 states; President Obama and much of his party have “evolved” their way to marriage equality; and Eich has resigned from Mozilla after just 10 days as CEO. That news – and the ongoing retrenchment of gay rights opponents from emphasizing the evils of gay marriage to highlighting the supposed victimization of “dissenters” – shows just how swiftly (if unevenly) the ground has shifted.

It also spells some kind of vindication for OkCupid, the dating site that reaped a raft of mostly sympathetic press after urging its users not to employ Mozilla’s Firefox browser, on the grounds that “those who seek to deny love and instead enforce misery, shame and frustration are our enemies, and we wish them nothing but failure.” That swipe was both a savvy, self-interested stunt, and a welcome, if implicit, acknowledgment that economic relationships bring ethical responsibilities. (One reason it’s unfortunate and undemocratic that U.S. labor law tries to quarantine conflicts to a single node in a supply chain, limiting the ability of an OkCupid employee to rise in defense of a Mozilla counterpart.)

But it’s not clear how far OkCupid is prepared to carry that logic. Eich was an understandable target; consumer pressure on a CEO over a political donation is infinitely more defensible than termination of a lower-level employee over a bumper sticker. But Eich was also an easy target, one who exemplifies the way boycott talk gets focused on whether a CEO shares our personal convictions, rather than on how a company wields its power (it also illustrates the special status of gay marriage in the media). Firing a mom for staying home with her son during the polar vortex is a better reason to boycott Whole Foods than its CEO’s anti-Obamacare Op-Ed; Chick-fil-A’s alleged efforts to impose Christian conservatism on its employees should alarm us more than its CEO’s comments to the press. While Eich’s 2008 donation is a legitimate cause for consternation – and a worthier one than, say, a quote to a reporter – it’s a worse basis on which to choose a browser than how the company currently stacks up in its treatment of LGBT employees. The best potential effect of scrutiny over an old donation would be extracting concessions on a company’s current policies and politics.

CEOs aren’t gods who earn our fealty or identification based on admiration. Rather, they – and more important, the corporations they represent – are economic and political actors who should be pressured to redirect – or, better, redistribute – their power toward progressive ends.

Which brings us back to OkCupid. As the dating site basks in a round of positive attention, it’s worth asking how deep its opposition to “those who seek to deny love” runs. Mozilla (which says it’s “unacceptable to limit opportunity” on the basis of orientation or gender identity) is not the only company in the OkCupid supply chain. And OkCupid is no longer just a stand-alone creature. Acquired in 2011 by IAC/ InterActiveCorp, it’s one of more than 150 brands and products belonging to billionaire Barry Diller’s media company. OkCupid co-founder Sam Yagan now serves as CEO of IAC’s Match Group, a division that includes 40 brands.

What happens when someone within OkCupid’s supply chain, or its parent company – someone not named Brendan Eich – sets out to “enforce misery, shame and frustration”? IAC and OkCupid did not respond to Tuesday inquiries regarding whether either has a policy regarding contracting with companies that discriminate against LGBT workers, or donating to anti-gay politicians.

According to the Center for Responsive Politics, IAC’s PAC so far has not made any 2014 cycle federal candidate donations; Barry Diller has donated to Democrats Cory Booker, Sean Eldridge and Marjorie Margolies. But Diller’s stance on working with those who’d “deny love” may not match the shareable, quotable absolutism of that OkCupid letter.

Last year FWD.us, Mark Zuckerberg’s business group pushing for a Facebook-friendly version of immigration reform, lost two CEOs’ support over running ads touting the conservative credentials of Sens. Marco Rubio, Lindsey Graham and Mark Begich. One of the departed, Tesla’s Elon Musk, described the group’s approach as “a little too Kissinger-esque, realpolitik.” Three days after Reuters reported Musk was leaving Zuckerberg’s group, Sen. Graham made news by threatening to oppose his “Gang of 8’s" immigration bill if it included immigration protections for same-sex couples – what he called an attempt “to redefine marriage …”