I just don't want to have sex with you!

It isn't easy saying no to a partner when you aren't in the mood. Sex experts share secrets for softening the blow 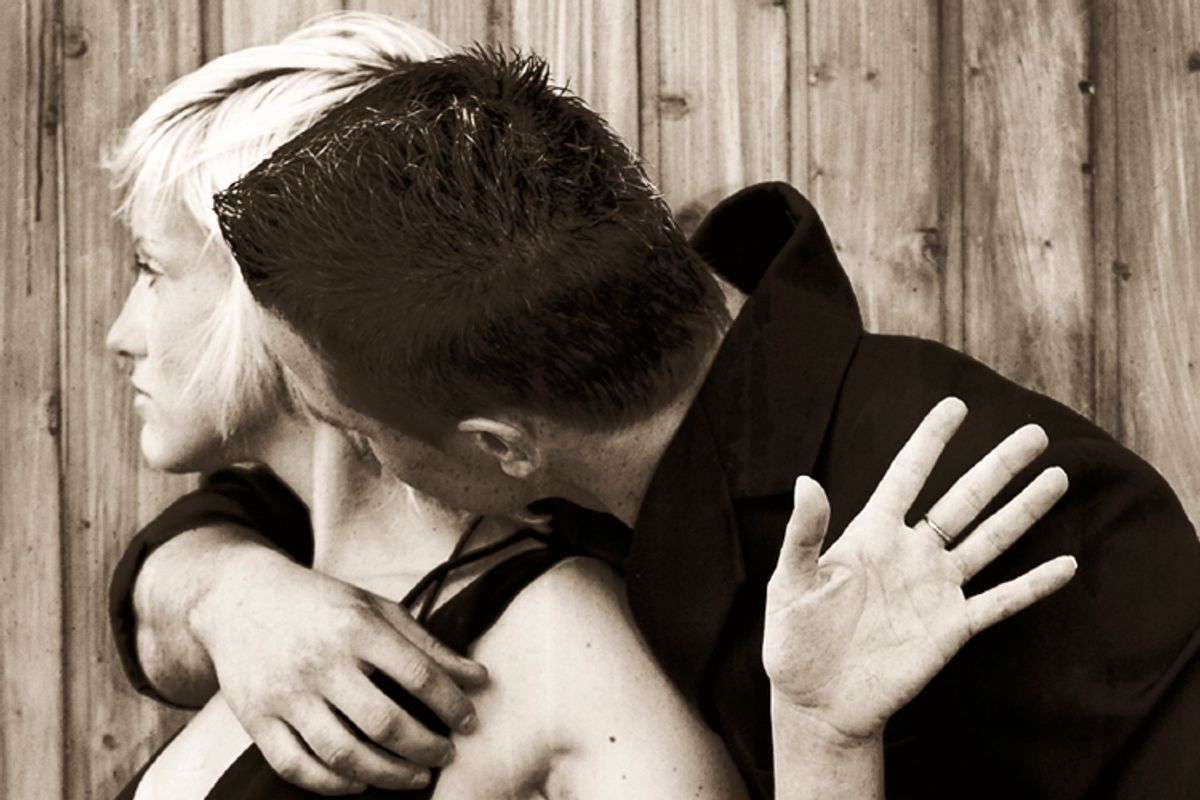 When I moved in with my boyfriend last year, after living by myself for seven years, there were a lot of unexpected changes I had to adjust to. Among the most challenging? Learning how to say no to sex in a way that’s honest but not hurtful. This hadn’t come up when we’d only seen each other a few nights a week, but living together meant adjusting to each other’s schedules and ways of approaching sex.

I love my boyfriend and our sex life, but I’m not always in the mood when he is. It’s not a problem I face often, but when I do, it’s hard to maintain a healthy balance between politely declining and feeling like doing so will cause a rift in the relationship.

I’ve found that when it’s because I’m ill in some way — the proverbial headache, or an upset stomach, or even my period (which makes me generally lethargic), it’s far easier to soften the no-sex blow than it is when I’m simply not in the mood. I’m the kind of person who has trouble getting into sex when I’m stressed out about money or work, which, given that I’m a full-time freelance writer, is much of the time. I don’t clock out at 5 p.m. Some people find sex a way to help ease their stress, but I like to hop into bed already as stress-free as possible. When something else is occupying my mind, it’s hard to shut that off and switch into seduction mode. In my head, I never feel like I’m rejecting my partner as a person — to me, it’s more about wanting to be alone. But conveying that is a whole other matter.

So I asked some sex educator friends and folks on Twitter about what they do when they’re just not in the mood, and how they want to be treated when they’re the ones being rebuffed.

Lauren Marie Fleming, better known online as sex blogger Queerie Bradshaw, told me, “My sex drive is ten times that of my partner, and when we first started dating I took that to mean that she was 10 times less interested in me. Every time she rejected my sexual advances, I felt like she was rejecting every part of me, from my body to my personality to my sexual desires.” So how do they handle this discrepancy? Her partner tells her early on when she’s not in the mood, and gives Fleming a reason, so she doesn’t take the rejection personally. Sometimes they’ll engage in mutual masturbation, which can wind up leading to “a wilder romp” for them.

Fleming touched on something I hadn’t considered when I’d focused only on my own needs. “I've found that giving me a reason helps tremendously. When she used to just turn out the lights and roll over in bed, I assumed I did something to turn her off.” I want to work on talking out whatever my true reason is with my partner, lest he think, as Fleming did, that it had more to do with him than me.

Kristina Wright, author of "Bedded Bliss: A Couple's Guide to Lust Ever After," a military spouse who’s been married to her husband for 23 years and has two kids, admitted that turning down sex doesn’t necessarily get easier with time. Wright says, “I need a little mental build-up to get in the mood for sex, but my life is busy and chaotic and some days I've been known to say a quick ‘no’ because I'm tired or touch-sensitive after hanging out with two active little boys all day.”

But her “no” may be only temporary, and when she’s had some time to get into it, she just may be ready to go. “Once the idea for having sex has been suggested and I'm starting to think about it, I'll sometimes change my mind, within a few minutes or few hours. So rather than saying a flat-out no, if I think circumstances might change I'll put it this way: ‘I'm not really in the mood right now, but check back with me after ____,' with the blank being when the kids go to bed, when I wrap up my work for the day, when I've gotten a cup of coffee and woken up or taken a hot shower and feel refreshed, or tomorrow morning when I've gotten a few hours of sleep.” She suggests that a sex “rain check” may be just the ticket to keep disappointment at bay.

Reid Mihalko, a sex and relationship expert who’s lived with his primary partner (they’re in an open relationship) for six of their seven years together, puts a whole new spin on rejection as a negative. “Often, it's the connection I'm after rather than getting laid,” he explains. “We practice, when either of us says no to a request, answering with, ‘Thank you for taking care of yourself,’ which reinforces that it's OK for us to say no while also subtly turning the rejection into a good thing. When I know my partner can say no freely, it allows me to trust their yes, so when we do have sex, I don't worry whether or not they're into it.”

I also asked others to share their experiences. Roger, who’s been married for 15 years, wants sex more than his wife does, but even he “needs to be romanced a certain amount. I don't want it to be perfunctory.” He wants women to know that “guys don't generally get hard and ready for anything at a moment's notice. When I come home and want to make love, the idea has been in my head for hours.” When he says no, it’s not usually an absolute, but, like Wright’s, more of a not-right-this-second response. For him, knowing his wife wants him can often be enough to overcome any initial resistance. “When I'm really not in the mood, I still will give her a shoulder massage, or oral sex, and that works for the connection I think she wants.”

Molly (not her real name) felt pressure from a boyfriend who couldn’t seem to understand that yes, she really meant it when she said she was waiting to have sex until she got married. Even though they were engaging in oral sex, that wasn’t enough for him, and he’d say things to her like, “I've never had a girlfriend who wanted to wait. How can I call you my girlfriend if I can't have sex with you?” Needless to say, she was relieved when he broke up with her after only two and a half months.

Another thing that can work for me is some advance notice. Sure, it sounds a lot less fun than being spontaneously fondled while you’re doing the dishes, but sometimes knowing in advance gets me thinking about it and fantasizing, and can help remind me that there’s a time for work and a time for play.

Speaking of timing, I’m a far bigger fan of morning and afternoon sex, or even early evening, than nighttime sex. Call me an old lady, but after around 8 o’clock on a weeknight I just want to zone out to repeats of "The Big Bang Theory." Stating that I have a sex schedule has helped both of us be more aware of when the optimal times are that work for both of us.

The bottom line is, figuring out what we want out of sex (and when) is one thing, but sharing that information is another skill set that we each have to navigate. Maybe you really do have a headache once in a while, but for the other times, learning how to be upfront about your reasons and how your libido works can mean a more satisfying experience when you do say yes.