Exploited temp workers may finally get some relief

Subcontractors been been victims of wage and safety violations for years. New legislation may help end all that 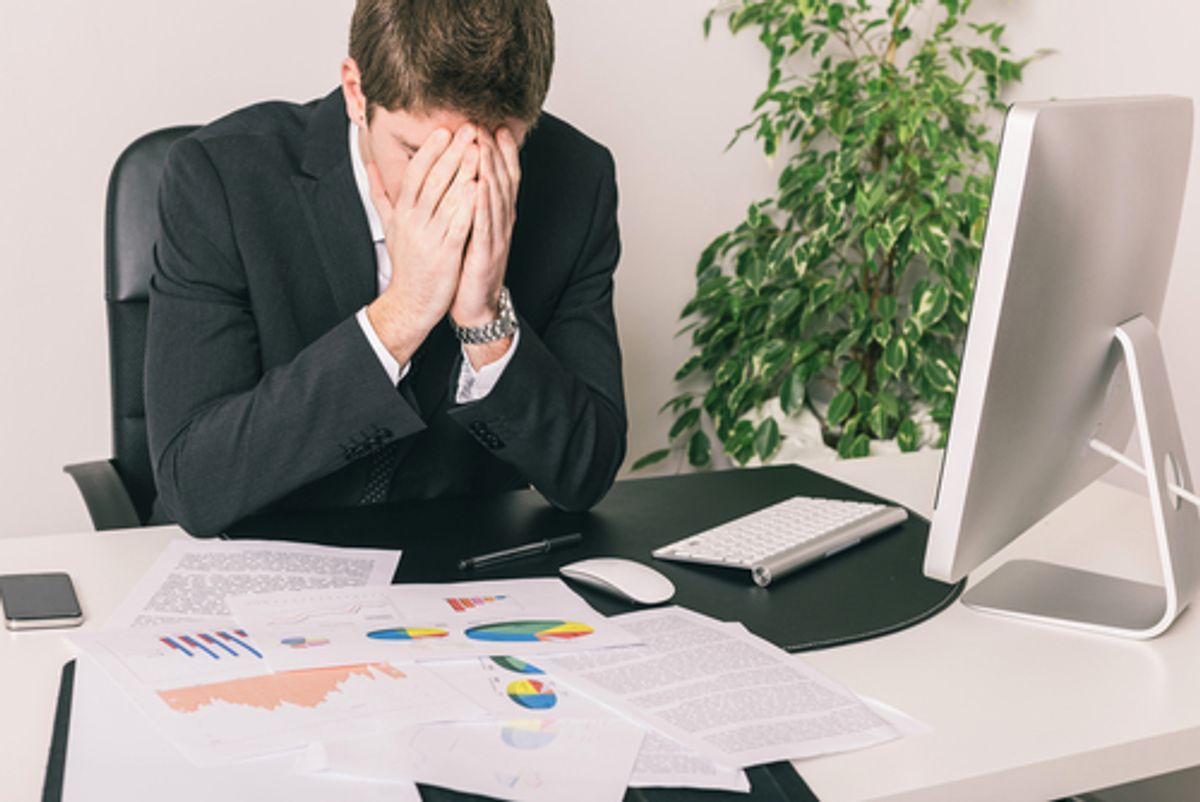 California could become one of the first states in the nation to hold companies legally responsible for wage and safety violations by their subcontractors and temp agencies if a bill proposed Friday becomes law.

The bill tackles the longstanding complaint of labor leaders that companies can often shirk responsibility for the abuse of workers by hiring them through agencies or contracting with smaller firms.

A ProPublica investigation last year found that temp workers face high rates of wage violations and on-the-job injuries, but rarely have recourse against the brand-name companies whose products they move, pack or assemble. Typically, only the agencies or subcontractors that directly employ workers face fines when something goes wrong, even when fulfilling contracts with larger firms that indirectly control or influence the work conditions.

Unions and other worker advocates say the bill would protect temps and subcontracted workers, such as building janitors, by holding the companies at the top of the supply chain accountable.

“Current law is simply insufficient to protect workers’ rights in the shadows of the subcontracted economy,” Caitlin Vega of the California Labor Federation said in a letter supporting the bill. “This simple rule will incentivize the use of responsible contractors, rather than a race to the bottom.”

California is at least the second state this year to take up bills to protect temporary and subcontracted workers. Earlier this month, a New Hampshire legislator introduced a bill to curb the practice of charging workers fees to be taken in temp agency vans to work for unknown companies. That bill would limit such fees and require agencies to tell workers in writing their wage, the name of the company, the location of the job and the workers’ compensation insurance carrier in case of injury.

At least 10 states currently have laws that regulate temp and day labor agencies in some way. Massachusetts, Illinois, New Jersey and Texas, for example, require them to register with the state. Florida and Georgia limit or prohibit fees they can charge for transportation to and from a worksite.

But California would be one of the first to take on the companies that contract with temp agencies to supplement their workforce.

The bill, sponsored by Assemblyman Roger Hernandez, would make companies that contract for labor — for example, a warehouse, farm owner or hotel — liable if one of their subcontractors fails to pay employees their wages, provide workers’ compensation insurance or submit unemployment taxes to the state.

Such a law is likely to face steep challenges from the business community. At a labor and employment committee hearing on March 12, Jennifer Barrera of the California Chamber of Commerce said the state already had enough laws to deal with bad actors. Small businesses turn to staffing agencies to avoid the headaches that come with complying with various employment regulations, she said. A new law, she said, would only further burden them.

“They don’t want to violate the law,” she said. “But they just don’t know what to do or how to meet those obligations as we continue to increase the mandates on them.”

But Mark Schacht, deputy director of the California Rural Legal Assistance Foundation, a farmworker rights group, argued that unless businesses at the top of the supply chain are liable for violations that occur on their property, they have no incentive to ensure safe and fair conditions.

Schacht pointed to California’s mixed experience regulating farm labor. The state has required farm labor contractors to be licensed for 63 years. Yet abuses continue, he said, because growers can simply claim ignorance and swap one contractor for another. Proving the grower bears responsibility could require years in court and expensive legal fees, he said.

“What will happen,” he said, “is that the bad contractors will be unable to secure contracts.”

A recent dispute in Massachusetts underscores the problem. Temp workers packaging goods destined for Dunkin’ Donuts and Subway say the temp agency failed to pay them overtime. When they complained, supervisors told them the agency didn’t have the funds for overtime because the packaging company didn’t pay them enough, according to the worker rights group, the Massachusetts Coalition for Occupational Safety and Health.

The stories documented the growth of so-called “temp towns,” where workers can’t find jobs without going through temp agencies, and the abuses of immigrant labor brokers, who work with temp agencies to supply workers to brand-name companies. The investigation found that temp agencies consistently rank among the worst large industries for the rate of wage and hour violations.

A ProPublica analysis of workers’ compensation claims showed that temps face a significantlygreater risk of getting injured on the job than permanent employees, particularly when it comes to severe injuries such as amputations.

During the hearing, some workers testified that they are often put in unsafe situations and don’t get paid their full wages on time. They explained that many workers don’t complain because they’re uncertain who their employer actually is or fear that the temp agency will stop sending them to jobs.

Gladys Hernandez, who was a temporary housekeeper at a DoubleTree hotel in Santa Monica, Calif., told committee members that to clean her quota of rooms each day, she sometimes had to go downstairs, clock out and then finish the rooms off the clock.

A spokeswoman for Hilton Worldwide, which owns the DoubleTree brand, said that because the hotel was a franchise, Hilton “has no ability or authority to influence or dictate any labor related issues at that property.” The franchise owner, The Procaccianti Group, did not return calls or emails seeking a response.

Hernandez said that in February, she and several coworkers complained to DoubleTree management.

“The next day,” she testified, “I was told not to come back.”