Plus, "Obamacare survivor" Anna Kendrick explains why she wasn't allowed to keep her doctor 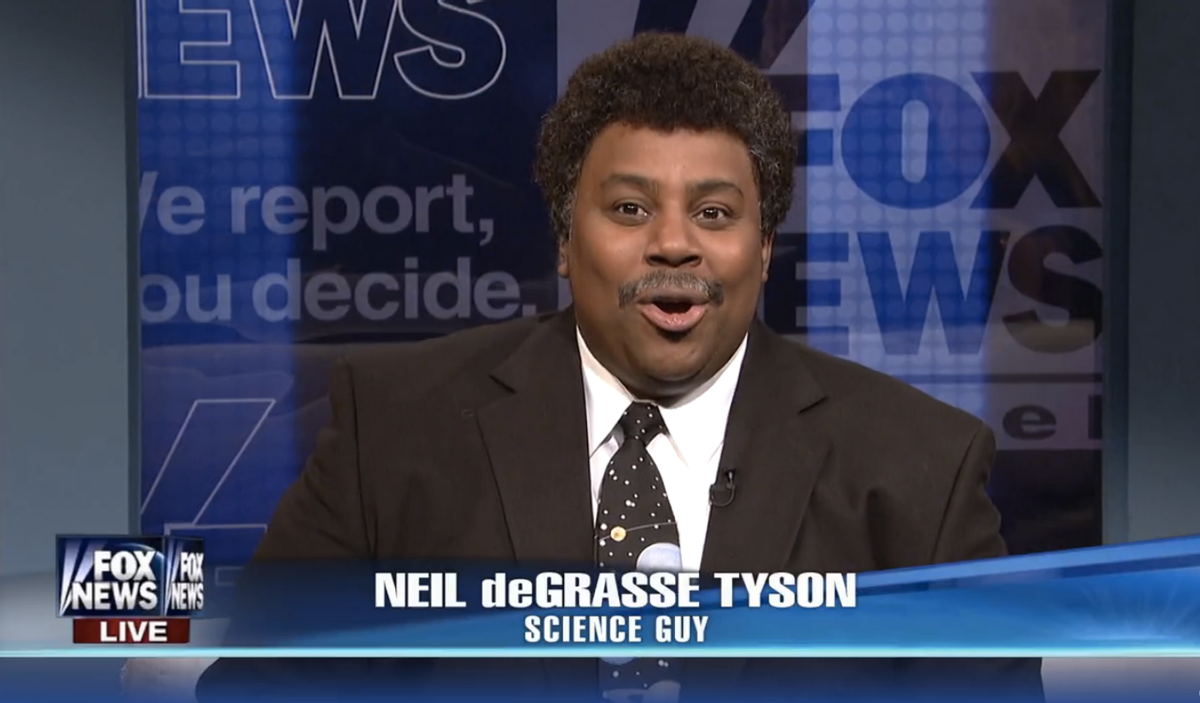 Saturday Night Live's latest send-up of Fox & Friends was a slightly exaggerated parody of the gang's take on the week's news.

First up, guest host and "Obamacare survivor" Anna Kendrick stopped by to vent about the "full-blown disaster" that is the Affordable Care Act: "Barack Obama said I could keep my doctor, but because of a court order, I am not allowed within 500 yards of my doctor."

Then, because the latest IPCC report on climate change ("Myth or Hoax?") was so confusing, Kenan Thompson as Neil deGrasse Tyson stopped by with a much-needed explanation of the scientific consensus. Alas, even an impassioned appeal from the astrophysicist to think of the polar bears wasn't enough to convince the hosts to take the issue seriously.

"The polar bears are fine," Taran Killam as Steve Doocy reasoned. "In fact, just the other day, I saw one wearing sunglasses, drinking a Coca-Cola."

The full clip, including Fox News' terrible chart-making skills and a long, long list of corrections, below: