"Game of Thrones:" Family is a burden

As Season 4 begins, the Lannisters and Starks struggle with their respective legacies 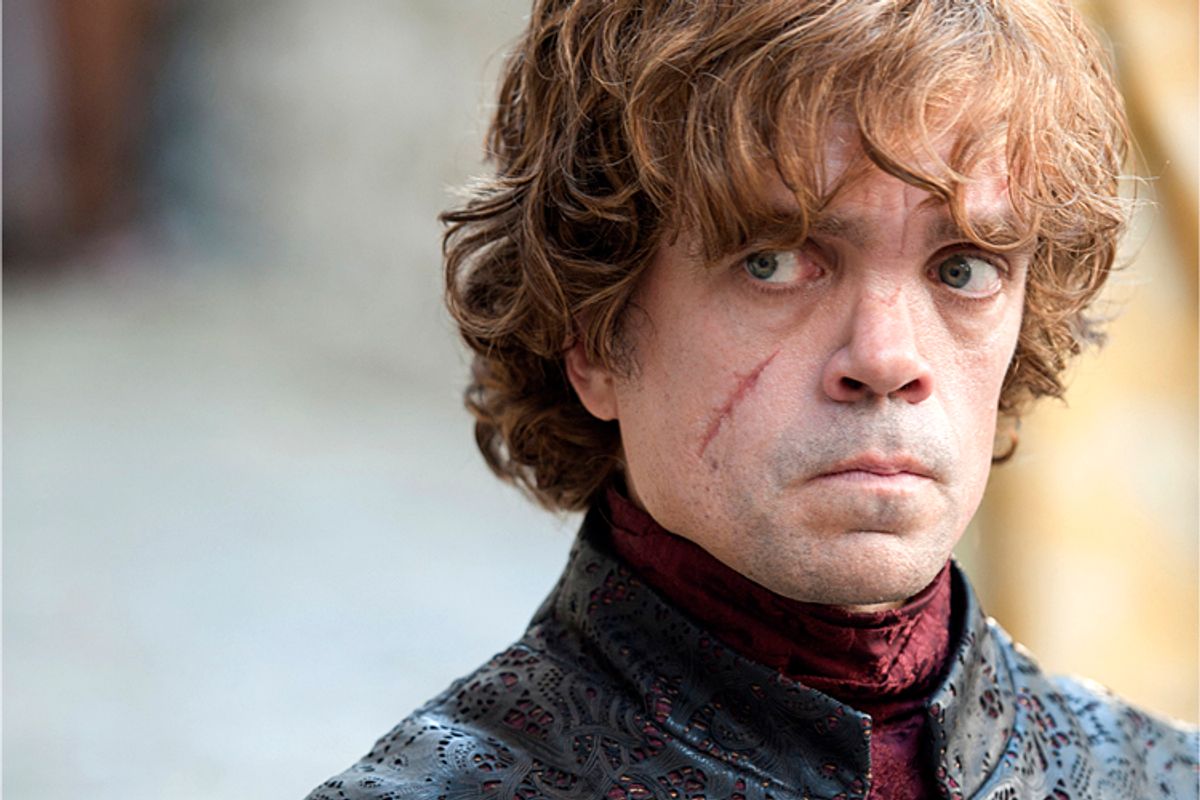 “Are you sure we're not related? Ever since I've returned, every Lannister I've seen has been a miserable pain in my ass.” – Jaime Lannister

Yesterday, a colleague of mine posted a piece comparing the ideology and politics – such as they are – of George R.R. Martin’s “Game of Thrones” with that of the modern day Republican Party. I’d say that last night’s episode of the HBO adaptation clearly focused on a much more organic, enduring, but equally – if not more – confounding unit of humanity: the family.

The Kingslayer quipped the above after taking a browbeating from Brienne of Tarth about not living up to his promise to unite the remaining members of the decimated Stark clan. Minutes earlier, his father had sought to saddle him with his heritage — that is, he threatened to send Jaime back to the Lannister’s ancestral home of Casterly Rock to assume the role of patriarch. Jaime angrily rejected the notion of starting a family. Instead, he sought the solace of his sister who, in turn, rejected him. Jaime Lannister’s frustration, however offhand, seemed to sum up everyone’s underlying troubles last night.

On two separate occasions, his brother was forced to serve as a dumping ground for worthy gripes against his family. It is a clever and subtle note that, as Master of Coin, Tyrion is stuck accounting for the sins of the Lannisters. Unlike his brother, though, Tyrion appears to be ready to accept the familial responsibilities foisted onto him by his father. Begrudgingly, he intends to settle down with the unwilling Sansa Stark to continue the Lannister lineage. (As long as we’re getting all symbolic-like, the forging of the two swords in the opening sequence can be seen not only as a metaphor for the degradation of the Stark line, but as a symbol that the Lannister ascendance is dependent on it.)

Being on the receiving end of Lannister cruelty does not free one from familial obligation, either. Regardless of how proficient he is with a blade, Oberyn Martell, prince of Dorne, has put himself in harm’s way for the purposes of avenging his family – and he is not even next in line to rule his house. Understandably, Tyrion attempts to bond with him over the curse of being a second son.

But even bastards have to carry the sigil to some extent. While Jon Snow has given up any thoughts of rebuilding the Stark house, he is still haunted by thoughts of his legitimately-born brother Robb.

Arya’s plight most epitomizes the burden of family. She is a child, yet every night she relives the destruction of the Starks, vowing against overwhelming odds to take revenge on a world of adults. Last night, she plunged into great danger to recapture Needle, the blade given to her by Jon. Regaining all that she knows is left of her heritage caused her to behave both desperately and recklessly. She would most certainly have been killed – or worse – had it not been for the violent intervention of Sandor Clegane, who, to some degree, is also struggling under the weight of family. When one of his brother Gregor’s rapacious compatriots suggests Sandor join up with him for a bit of mischief, the Hound effectively chooses Arya, demonstrating, as Harper Lee once wrote, that, though you can’t pick your family, you can pick your friends.