When it comes to LGBT discrimination, the right says let free market decide -- until it gets an anti-gay CEO canned 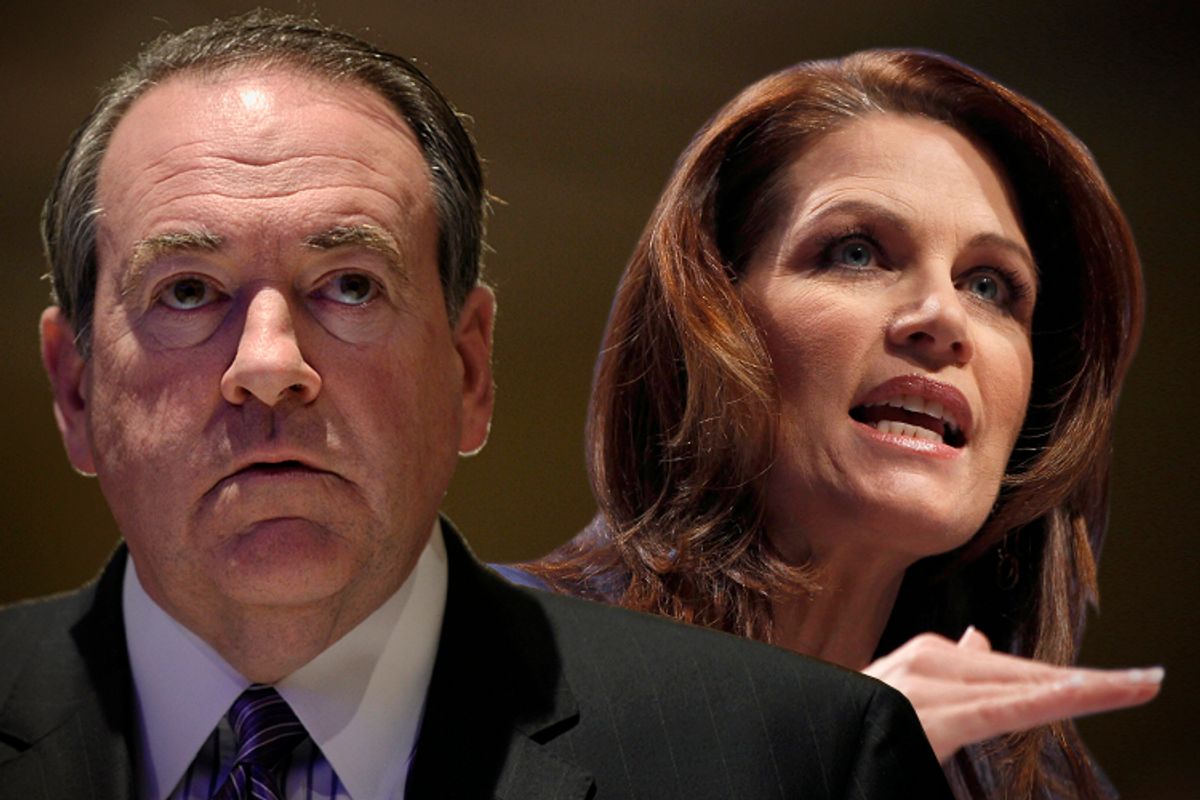 In February of this year, Arizona considered passing a law that would give explicit permission to businesses to discriminate against people involved in gay marriages. In the run-up to the eventual veto, conservative pundits largely supported the bill, arguing that anti-discrimination laws are liberty-infringing and overly blunt instruments for tackling the ongoing animus against gays in society. Instead, as has been their line since the Civil Rights era, conservatives implored that people take the battle out of the courts and legislatures and into the market and civil society.

The two most elegant explanations of this view at the time came from Cato’s Ilya Shapiro and the National Review’s Kevin Williamson. According to Shapiro, “while governments have the duty to treat everyone equally under the law, private individuals should be able to make their own decisions on whom to do business with and how – on religious or any other grounds. Those who disagree can take their custom elsewhere and encourage others to do the same.”

While reaching the same conclusion, Williamson noted that “genuine hostility toward gay Americans is today a distinctly minority inclination but one that still should be challenged.” Nonetheless, Williamson continued, “it is a far healthier thing for that challenge to take place on the battleground of civil society rather than in the courts and legislatures” because “civil society has the ability to distinguish between an honorable disagreement and ill will.”

These are nice-sounding arguments, and many conservatives certainly held them up as emblematic of their position at the time, but in reality almost nobody actually believes in them.

At their root, Shapiro and Williamson are debating about which coercive disciplining institutions are the appropriate ones. They seek to answer the question: If folks do not like it when people engage in certain behavior toward gays, should they seek to discipline those people with legal coercion (anti-discrimination laws), market coercion (boycotts), or civil coercion (shunning)? And they conclude that market and civil coercion are the way to go.

The problem is that for most cultural conservatives, the answer is actually "none of the above." They don’t think anti-gay gestures that many find unconscionable are actually worthy of any disciplining. As the case of the resignation of the Mozilla CEO and the Duck Dynasty debacle show quite clearly, even the application of market and civil coercion against anti-gay actions is met by conservatives with accusations of rights infringement and persecution. (In the former case, cries of "hateful, intolerant, illiberal, persecutorial" greeted the result.)

Conservative proclamations of persecution on this front are of course hypocritical. When the Dixie Chicks spoke out against the Iraq War, the right wing reveled in a full-scale campaign of civil and market coercion that culminated in successfully banning them from hundreds of radio stations across the country. George W. Bush himself weighed in on the debacle, remarking that “they shouldn’t have their feelings hurt just because some people don’t want to buy their records when they speak out. … Freedom is a two-way street.”

The reasons for the hypocrisy on this topic, which is not just contained to conservatives, are not mysterious. In actual reality, people have visions about what a good world is and how society should look. When market and civil coercion is useful toward that end, they use them and convince themselves that doing so is liberty incarnate. When market and civil coercion is being used against that end, they recoil in horror and declare such coercion to be oppression. They are motivated, not by some abstract consideration of whether legal, market, or civil coercion is the best kind of coercion, but by their concrete vision of what society should look like and whether some particular power move, whatever its origin, contributes to the realization of that vision.

This may seem cynical, but if you look at where people line up on any given controversy, what you find in almost all cases is that they line up according to their substantive worldview, not according to any consistent view on appropriate process and mechanisms. When they had the power to do it, conservatives gladly used legal coercion to restrict gay actions throughout the country with anti-sodomy laws. Now they’ve evolved to the view that even market and civil coercion around the issue of gay inclusion in society is inappropriate. Liberals, on the other hand, have evolved in the exact opposite direction. The only thing consistent throughout is that one side supports gay-unfriendly things and the other gay-friendly things. Everything else, it seems, is rhetoric.