New York magazine's cover story suggests liberals are paranoid, MSNBC is like stop-and-frisk -- and other oddities 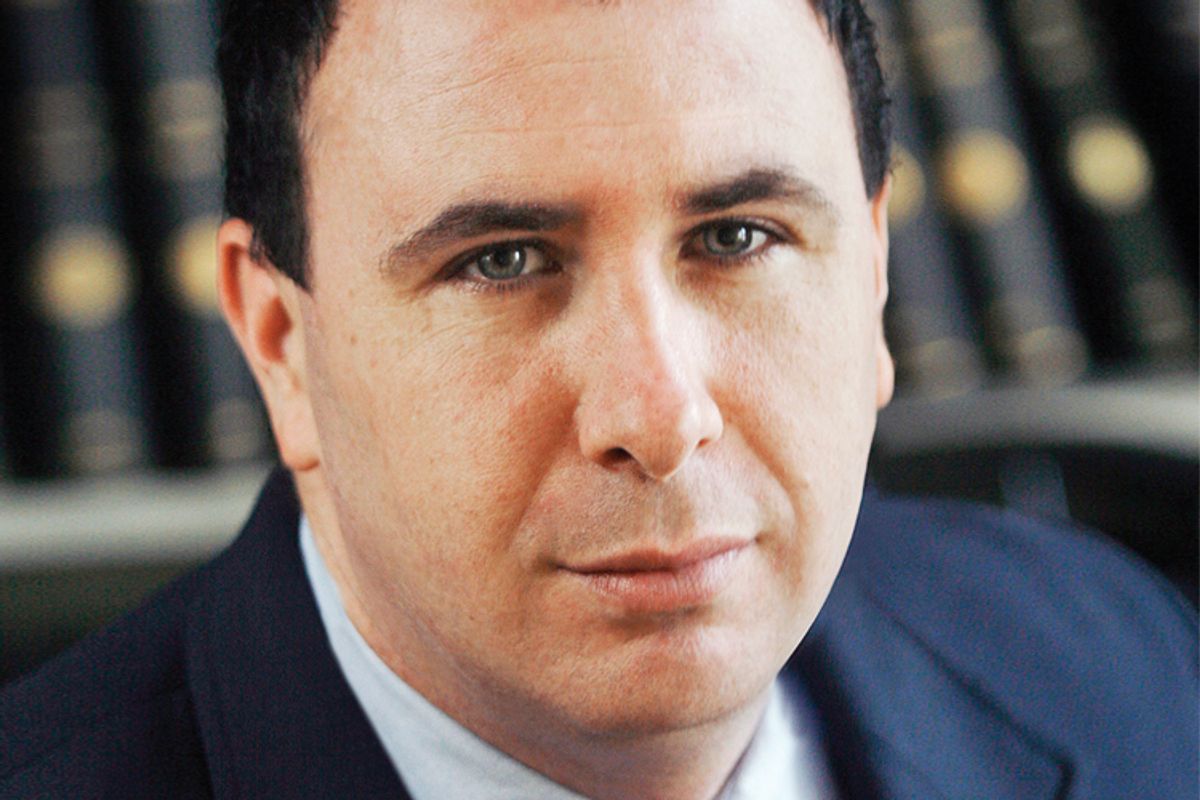 I’m glad Jonathan Chait told us that his poorly argued, slightly paranoid New York magazine cover story, “Why Race Has Been the Real Story of Obama’s Presidency All Along,” was written before his epic wrangle with Ta-Nehisi Coates over Paul Ryan and the “culture” of black poverty. Because otherwise, it could only be read as the self-pitying rant of someone who has lost a historically defining argument – someone who has been “sonned,” to use Coates’ term -- and is still too hurt to have access to his powers of reason.

Even with the knowledge that Chait’s cover story predates his debate with Coates, I’m not sure what to make of an article that purports to seriously examine the role of race in politics in the age of Barack Obama, and then compares liberals’ claims of conservative racism to McCarthyism (specifically: "the poisonous waft of the debates over communism during the ­McCarthy years"). “Liberals dwell in a world of paranoia of a white racism that has seeped out of American history in the Obama years and lurks everywhere, mostly undetectable,” he claims.

Though Chait acknowledges that appeals to white racism have undergirded the modern Republican Party since the civil rights era, he insists liberals are bullies who refuse to “acknowledge that the ability to label a person racist represents, in 21st-century America, real and frequently terrifying power.” He singles out MSNBC for special scorn (full disclosure: I'm a contributor there), while never once mentioning Fox by name. “MSNBC has spent the entire Obama presidency engaged in a nearly nonstop ideological stop-and-frisk operation,” Chait writes.

See what he did with that “stop-and-frisk” reference? In case you’ve missed it, police departments in some cities have been accused of infringing the civil rights of blacks and Latinos by physically stopping them, and invasively frisking them, with little and sometimes no evidence of wrongdoing. It’s kind of a big deal to civil rights liberals, of every race. So Chait tweaks them by accusing MSNBC of stopping and frisking conservatives “ideologically” – as in metaphorically and without consequence, which technically means not stopping and frisking them at all.

If you liked that comparison, you’re going to love the whole piece.

Well, that’s if you can get past the opening anecdote, which features a clash between Bill Maher and Bill Kristol in which Maher claims the rise of the Tea Party is about having “a black president” and Kristol gets really mad and sad, and the whole mess is supposed to sum up the ugliness of American political debate. Clearly the angels are crying over poor Bill Kristol being hurt by charges of conservative racism made by a liberal comedian on TV. I think Reince Priebus ought to set the whole Kristol-Maher exchange to that Sarah McLachlan music the SPCA uses, and raise money for the RNC.

Here’s what Chait admits Republicans are doing wrong, with regard to race: Enacting restrictive voter laws in states where black turnout has risen. Refusing to expand Medicaid, which disproportionately hurts African-Americans (who vote Democratic). Lying about Obama cutting Medicare, which scares older whites (who vote Republican). Explaining the GOP’s opposition to a Western-style social safety net, he even admits: “The factor that stands above all the rest is slavery.”

And here’s what Chait claims liberals are actually doing wrong with regard to race: mostly telling the truth about all of those things, while occasionally exaggerating it.

I’m sure there are instances Chait can find where MSNBC hosts and guests (including me) went too far with racial rhetoric. But he certainly didn’t catch me doing so in his piece: He chastens me for suggesting that when Bill O’Reilly asked Obama “Why do you feel it’s necessary to fundamentally transform the nation that has afforded you so much opportunity?” the question was “deeply condescending and borderline racist.” Chait acknowledges my interpretation is “possible,” but insists “it’s at least as possible, and consistent with O’Reilly’s beliefs, that he merely believes the United States offers everybody opportunity.”

If Chait can imagine white political figures like Chuck Schumer or Sherrod Brown being asked why they want to change American policies when they’ve been afforded “so much opportunity,” I’ll concede his point. He does make the fine point – I’ve made it myself – that President Clinton also faced intractable and ugly political opposition from the right. But he misses the fact that animosity toward Clinton originated with his segregationist enemies in Arkansas. Race has been behind GOP opposition to white politicians, not just black ones, who favor civil rights. Clinton is an example that actually weakens Chait’s case.

I also wonder whether equating liberals’ complaints about conservative racism with actual conservative racism is a weird form of self-protection for liberal elites. You’ve heard of climate denialism and science denialism on the right? Some liberals seem to suffer from Republican-extremism denialism. They can’t take in the extent of the GOP’s reliance on racial politics. And if they blame other liberals for their sins, for making things worse, it gives them a sense of control over their lives. If only MSNBC would stop crying racism, then …

Then what? What would change? Would the Republican Party drop its opposition to anything President Obama supports? Would it stop pandering to a base that’s more than 90 percent white? Would it stop lying about Obama wanting to cut Medicare to fund Obamacare? This is the same Jonathan Chait, by the way, who argued in 2012 that the GOP was staring down “demographic extinction” because of its over-reliance on white voters, and who also insisted that “the entire key to the rise of the Republican Party from the mid-sixties through the nineties was that white Americans came to see the Democrats as taking money from the hard-working white middle class and giving it to a lazy black underclass.” It’s OK when Chait says that, but when it comes from MSNBC, it’s like McCarthyism?

Chait was right in 2012, but he’s wrong now. It doesn’t matter that an individual Republican may not have “a racist bone” in his or her body, to use Paul Ryan’s clichéd self-defense. If they reliably and consistently ally with others who do, and if the result of that alliance is to persistently disadvantage one group of Americans out of proportion to the rest, then they have to answer for their party’s racism. If that hurts Jonah Goldberg’s feelings – yes, Chait would have us feel sad for Jonah Goldberg, not just Bill Kristol – sorry, but I’m not losing sleep over it.