Despite claiming to want to make the system more "humane," Obama's deportation record is devastating families 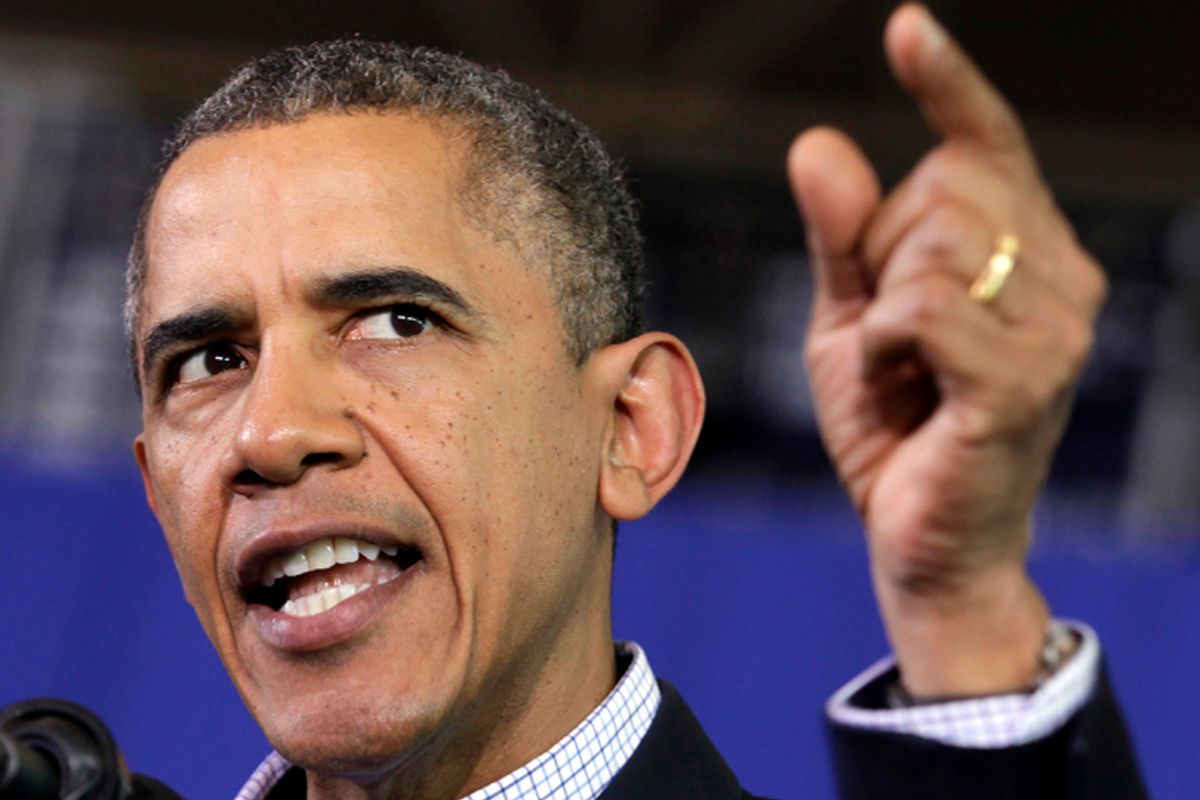 President Obama announced in March his intention to make deportation more “humane" and address the "pain too many families feel from the separation that comes from our broken immigration system.”

But the administration continues to deport immigrants at its standard rapid clip, and counter to assurances that it only targets "criminals, gang bangers, people who are hurting the community" and not "students [and] folks who are here just because they’re trying to figure out how to feed their families,” a New York Times analysis of government data reveals that of the 2 million people deported under Obama, nearly 2/3 of these cases involved minor infractions, including traffic violations. Some people deported by this administration had no criminal record at all.

This is clearly not a system -- or an administration -- that values keeping families and communities together.

Various studies of court records and anecdotal reports over the past few years have raised questions about who is being deported by immigration officials. The Times analysis is based on government data covering more than 3.2 million deportations over 10 years, obtained under the Freedom of Information Act, and provides a more detailed portrait of the deportations carried out under Mr. Obama.

The demographics of those being removed today are not all that different from those removed over the years. Most are Mexican men under the age of 35. But many of their circumstances have changed.

The records show the largest increases were in deportations involving illegal immigrants whose most serious offense was listed as a traffic violation, including driving under the influence. Those cases more than quadrupled from 43,000 during the last five years of President George W. Bush’s administration to 193,000 during the five years Mr. Obama has been in office. In that same period, removals related to convictions for entering or re-entering the country illegally tripled under Mr. Obama to more than 188,000.

The data also reflect the Obama administration’s decision to charge immigration violators who previously would have been removed without formal charges. In the final year of the Bush administration, more than a quarter of those caught in the United States with no criminal record were returned to their native countries without charges. In 2013, charges were filed in more than 90 percent of those types of cases, which prohibit immigrants from returning for at least five years and exposing those caught returning illegally to prison time.

“For years, the Obama administration’s spin has been that they are simply deporting so-called ‘criminal aliens,’ but the numbers speak for themselves,” Marielena Hincapié, executive director of the National Immigration Law Center, told the Times. “In truth, this administration — more than any other — has devastated immigrant communities across the country, tearing families away from loved ones, simply because they drove without a license, or re-entered the country desperately trying to be reunited with their family members.”

The president has asked for patience from activists in the immigrants' rights community, but its hard to comply with such a request when your physical safety or the safety of your family is under constant threat, activists say.

“When the president told us he was going to only go after criminal aliens, we all said, ‘OK, go do that, but don’t go after people whose only crime is that they’re living here undocumented,’ ” Richard Trumka, the president of the A.F.L.-C.I.O., said. “But that’s not what happened. Now immigrant communities are feeling under attack. And it’s hard for them to focus on trying to win reform, when they’re afraid they could be pulled over for running a red light, and get torn away from their families.”