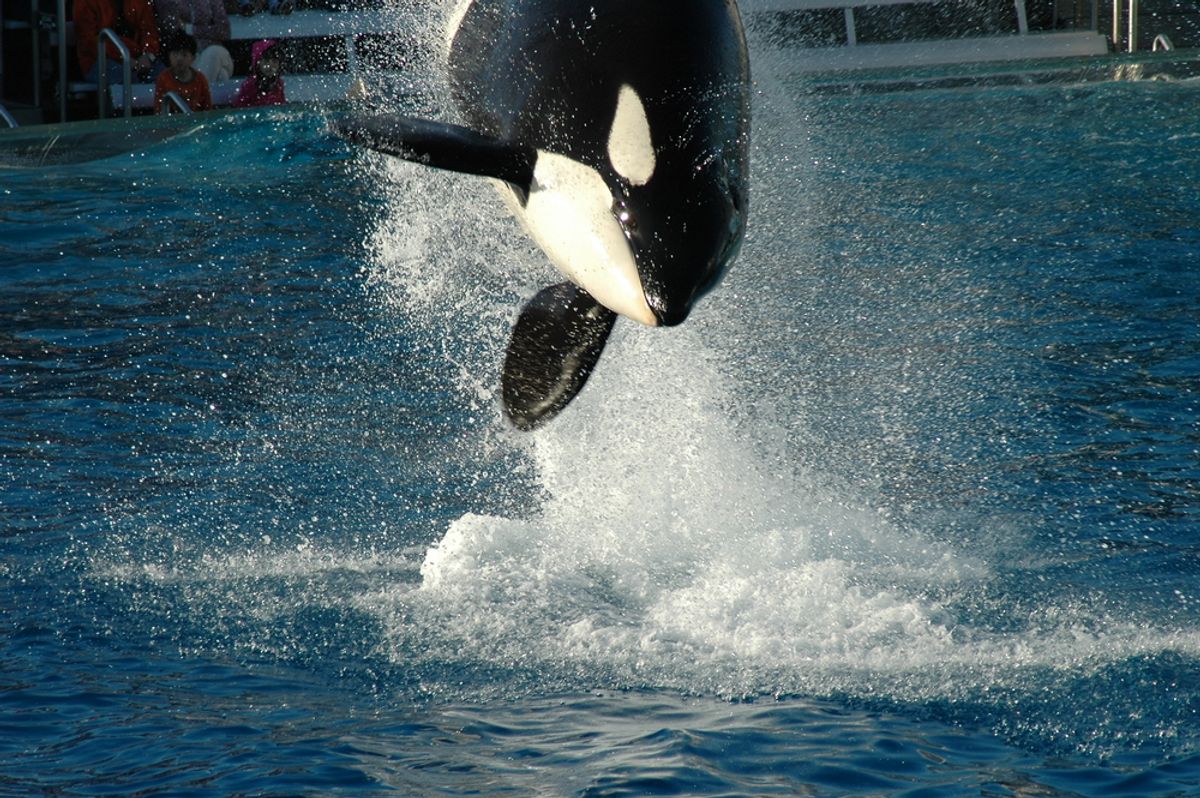 State lawmakers in Sacramento are considering a bill that takes aim at SeaWorld's wildly controversial orca shows, banning them in California and putting an end to SeaWorld San Diego's domestic breeding program.

The bill is the latest iteration of the anti-SeaWorld sentiment that's been building since the release of the 2013 documentary Blackfish, which exposed alleged mistreatment of the killer whales that lead to several attacks -- some fatal -- on their trainers. Monday night, animal rights activists present petitions in support of the ban that they say were signed by 1.2 million people worldwide.

If passed, the ban would send 23 orcas into early retirement: 10 in San Diego, seven in Orlando and six in San Antonio. The whales would be relocated to a larger sea pen, if possible, and could no longer be bred. The bill would also prohibit the import and export of the animals.

"They are just too large, too intelligent, too socially complex, and they are too far-ranging to be put in confinement this way," said Naomi Rose, a marine mammal scientist with the Animal Welfare Institute, which is sponsoring the bill.

"That argument is not based on credible peer-reviewed science," countered SeaWorld San Diego president John Reilly.

SeaWorld, naturally, is very much opposed to the bill -- it continues to dispute the film's accuracy while insisting that its whales are doing just fine. "SeaWorld feels really strongly that this is an extreme legislation that is based on propaganda," said John Reilly, president of SeaWorld in San Diego. "We are opposed to everything in it. There is not a single element in it we would support." The park's executives spent two days presenting their case to lawmakers at the state capitol.

SeaWorld didn't comment on how the bill, if approved by the legislature and signed by the governor, would affect its operations. But as David Koontz, SeaWorld San Diego's director of communications, phrased it to the Associated Press: "Shamu is synonymous with SeaWorld, and SeaWorld is synonymous with Shamu."

Assemblyman Richard Bloom (D-Santa Monica), the bill's author, feels the park could continue to thrive even absent its main attraction. "They have the ability to change from their current model that places emphasis on the orca shows," he told SFGate. "At the end of the day, I think this bill is important for California."