Fox News gets climate change wrong 72 percent of the time

This actually represents an improvement 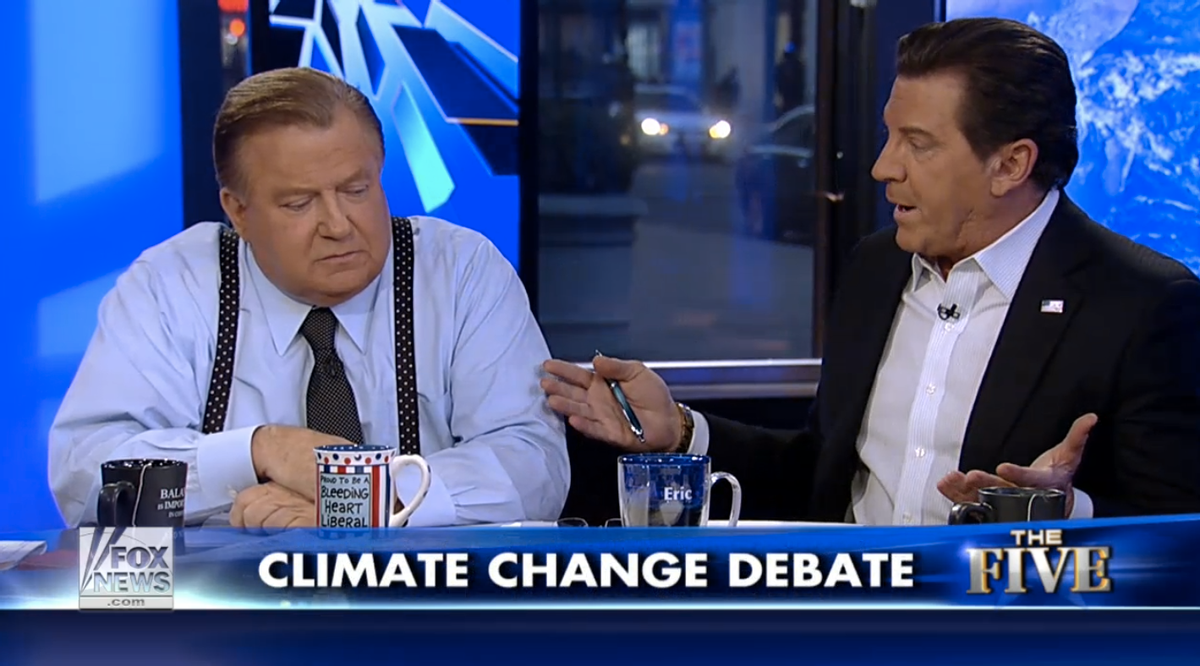 Cable news just can't get climate change right. According to a new study from the Union of Concerned Scientists, inaccurate and misleading coverage of the topic is a chronic problem. And surprise, surprise -- Fox News has by far the worst case of the lies.

The study took the three most widely watched cable news networks in the U.S., and held them up to some pretty serious scrutiny: They reviewed all of their climate coverage for 2013, and classified segments containing “any inaccurate or misleading representations of climate science” as misleading. CNN, the authors concluded, was two-thirds accurate, with most of its problems coming from its commitment to presenting a false balance -- inviting guests who dispute the scientific consensus on science change to "debate" experts. "This format suggests that established climate science is still widely debated among scientists, which it is not," UCS explained, "and also allows opponents of climate policy to convey inaccurate statements about climate science."

MSNBC, the clear winner, was accurate 92 percent of the time; its issue was in being, at times, overly enthusiastic about the effects of climate change, and linking extreme weather events to the climate at times when that connection wasn't clearcut.

Fox News, on the other hand, was basically a mess: It only covered climate science 50 times in 2013, managing to get it right only 23 percent of time. This, believe it or not, was an improvement from UCS's 2012 analysis, in which Fox's coverage was entirely accurate only 7 percent of time. Over half of the time, the network's problems could be attributed to the Five, whose hosts enjoy instigating misleading "debates" about established science. (Someone really should send Neil deGrasse Tyson over there to set things straight.) "In general," the report adds, "Fox hosts and guests were more likely than those of other networks to disparage the study of climate science and criticize scientists." The best way for Fox News to improve, according to the report, is for its guests and host to differentiate between the scientific facts of climate change and their political opinions of climate policy. Only then can a productive conversation actually occur: "Mutual acceptance of the facts as they are is a prerequisite to having a reasoned debate about whether and how to respond to those facts."