GoldieBlox moves away from song parodies, and actually showcases the Rube Goldberg-like toys in action 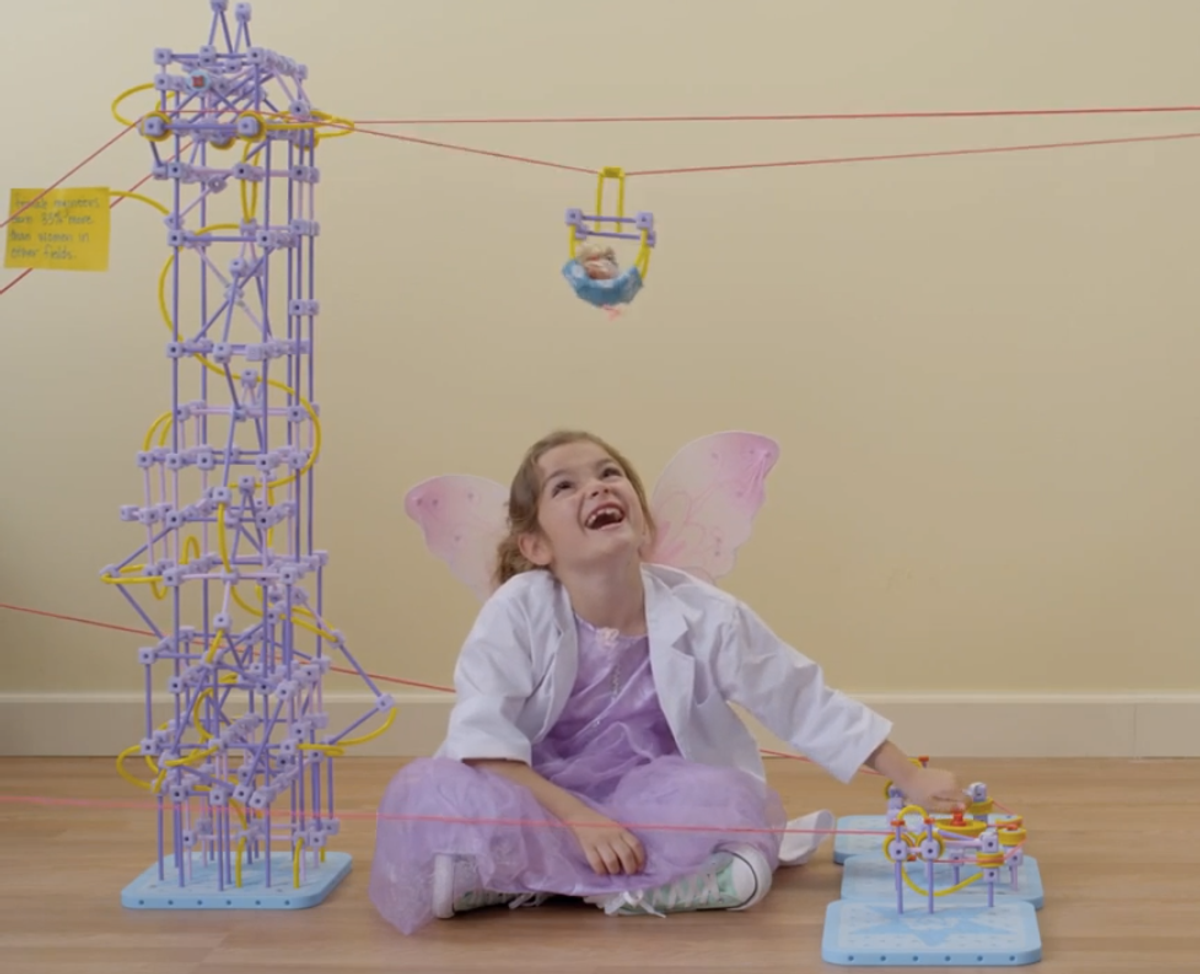 By now you may have heard of GoldieBlox, either from its successful Kickstarter campaign, its Super Bowl spot or the company's legal skirmish with the Beastie Boys. The toy company, developed by engineer Debbie Sterling, aims to "disrupt the pink aisle" with cool building kits for girls. The goal is to empower girls to be builders and innovators.

Its latest video, "This Is Your Brain on Engineering," doesn't rely on clever song parodies (that briefly tarnished the company's reputation). The advertisement finally showcases the actual building power of the toy -- now if we could only watch the little girl put it together.

The ad's slogan harkens back to the familiar PSA "This is your brain on drugs." And for those of you wondering, Wired notes that GoldieBlox did speak to the Partnership for a Drug-Free America before using the slogan. It also highlights startling statistics. And while princess culture may not be the entire cause of body image issues and STEM discouragement, the ad is a reminder of some sad engineering industry truths. "Only 13% of engineers are women," reads one sticky note.

The company may have altruistic intentions, but it does not escape convention. GoldieBlox has been criticized for using similar marketing tactics as the ones it purports to reject. This video is no exception. Though the ad starts out by criticizing a "brain on princess," the little girl wears butterfly wings over her lab coat and the screen is filled with light pastel colors.

The VP of Sales, Lindsey Shepard has a response to that. "It’s totally cool to be into dress-up,” she told Wired. “It’s great to be a princess, but you can build your castle too. We want to encourage all types of girls to be whatever they want.”