Gordon ushers in another historic first in American sports 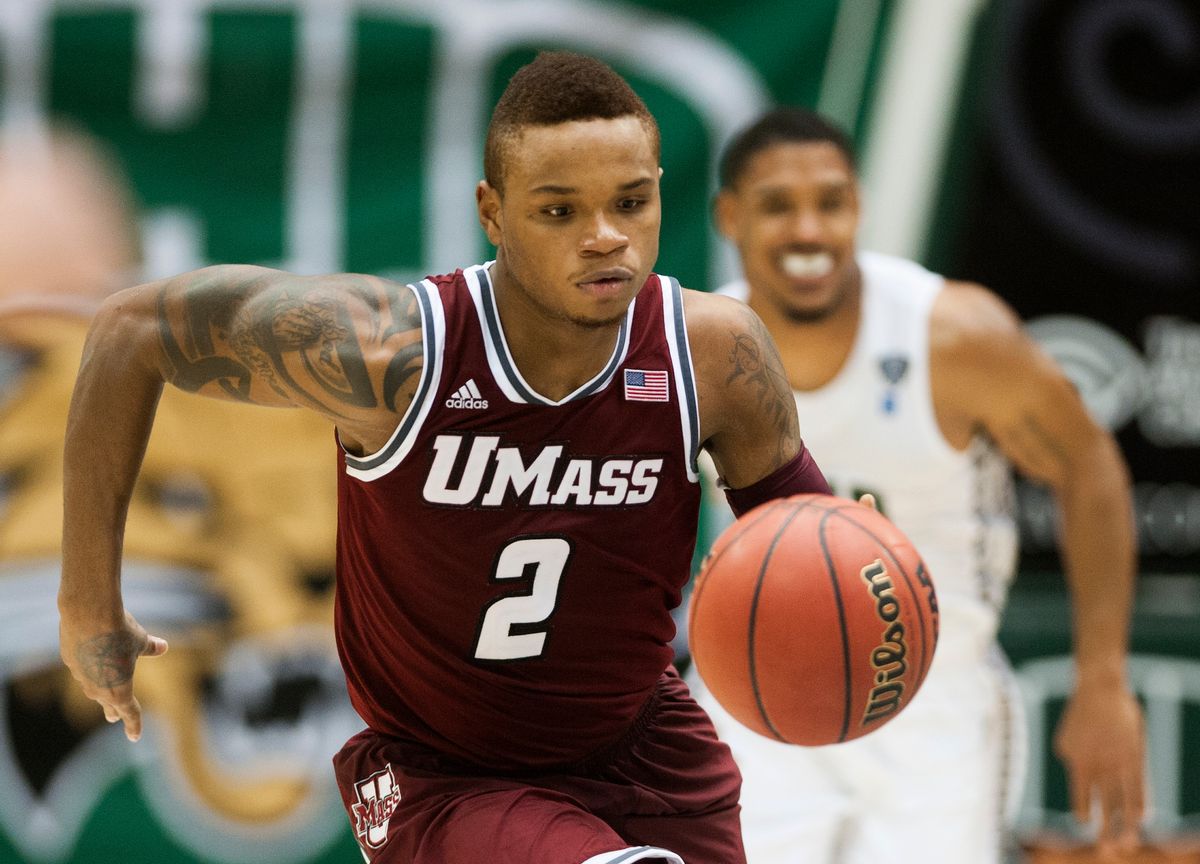 FILE - In this Dec. 18, 2013 file photo, Massachusetts guard Derrick Gordon (2) makes his way downcourt against Ohio in the second half of an NCAA college basketball game in Athens, Ohio. Gordon says in a televised interview that he is gay. Gordon made the announcement on ESPN on Wednesday, April 9, 2014, becoming the first openly gay player in Division I men's basketball. (AP Photo/Ty Wright, File) (Associated Press)
--

UMass guard Derrick Gordon came out to his family, friends and teammates on April 2, making him the first openly gay male athlete in Division 1 basketball.

According to a report from Kate Fagan at espnW.com, Gordon came out to his family before calling a meeting with his UMass teammates. UMass coach Derek Kellogg set the meeting up by telling his players, “We’re all here together, and we need to love each other for who we are. One of your family members, your brother, wants to let you know something about himself.”

Gordon credits NBA player Jason Collins and NFL prospect Michael Sam for giving him the inspiration to come out.

“It was a rough process, actually, leading up to this,” Gordon told ESPN. “Those guys just helped me get to where I am right now. If it wasn’t for them, I’d be stuck. For this to be happening right now, me coming out, it’s an indescribable feeling, honestly. I couldn’t be any happier. I feel like I can fly.”

Gordon told Cyd Zeigler of OutSports more about the rough process -- which began, he says, when an ex-boyfriend posted a photo with Gordon to Instagram.

Gordon was wary of the [Instagram] post but figured there was little chance someone would stumble across the photo on a random Instagram account and identify him and said gay bar. Shortly after the post, almost as though he wanted to be discovered, Gordon "liked" the photograph online. Within hours, some of his teammates asked him if he were gay.

Gordon denied it repeatedly, but that didn’t stop various members of the team from teasing him about it. The snickers and snide remarks carried on for weeks. Slowly, it consumed him.

"That was probably the lowest point I was ever at. I didn’t want to play basketball anymore. I just wanted to run and hide somewhere. I used to go back to my room and I'd just cry. There were nights when I would cry myself to sleep.

"Nobody should ever feel that way."

When Gordon eventually confronted his team – again asserting he was straight and demanding they stop harassing him – the teasing slowed. Yet the damage was already done. Throughout the season – all the way into the NCAA tournament last month – some teammates continued to wait until Gordon was done in the locker room before they would venture into the showers. The "gay" label lingered. The treatment built distance between him and the rest of the team. Gordon responded by isolating himself, which in turn was met with more distance from various players.

Gordon says he began to turn his isolation around after connecting with Wade Davis, a gay former NFL Player and You Can Play project executive director.

"He seemed lost and confused," Davis told OutSports. "He was searching for family, searching for a space where he could be himself. I don’t think he had that on his team, and he hadn’t met other gay males whom he could connect with. He was trying to navigate his love of basketball with his need to be his authentic self. He was bordering on depression."

According to Gordon, the meeting with his teammates went well; they addressed the harassment that had been isolating him, and Gordon is hopeful that he will be able to share more about his life -- on and off the court -- with his teammates moving forward. It will be a test for the team, he adds, but staying in the closet was no longer an option.

"'Happy' is not even the word," Gordon said of coming out. "It's a great feeling. I haven't felt like this. Ever. It's a lot of weight lifted off my shoulders. I can finally breathe now and live life happily. I told all the people I need to tell."