Republican lawmaker: "I have no more confidence in Planned Parenthood than I do in Adolf Hitler" 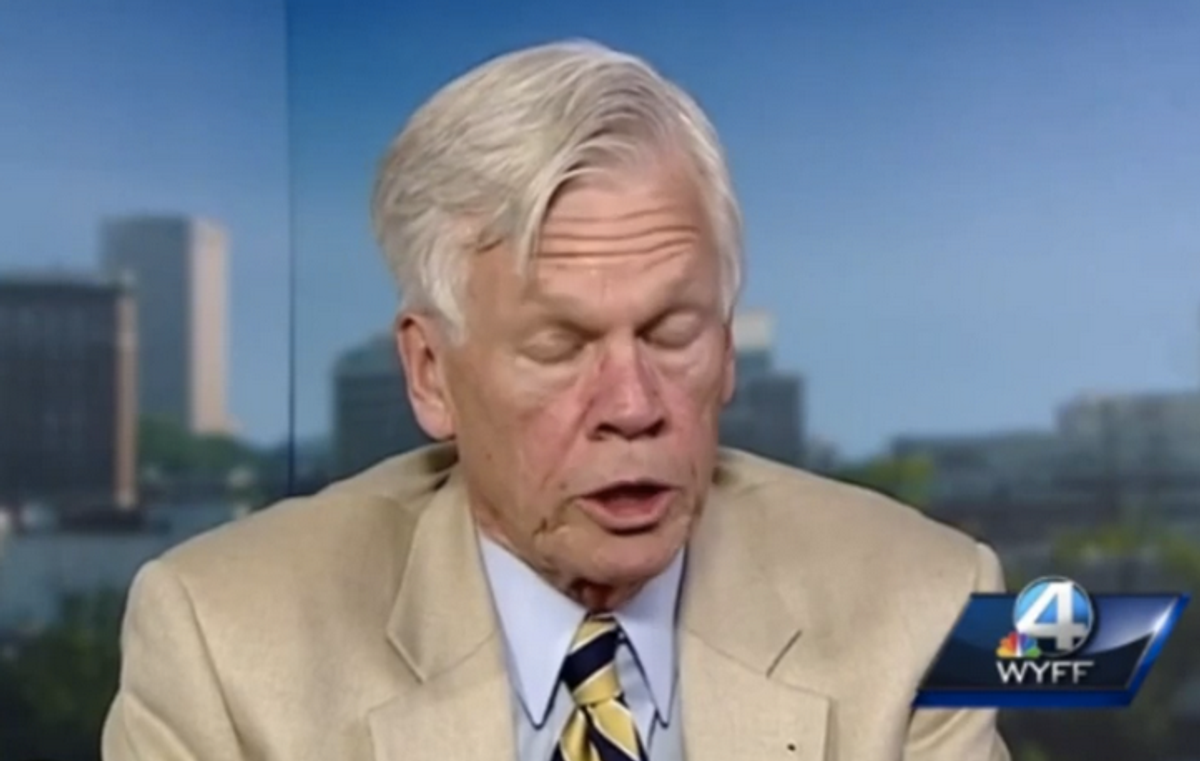 South Carolina state Sen. Mike Fair on Thursday compared Planned Parenthood to Adolf Hitler, but that is actually the least interesting part of this story.

What's more compelling here is what the South Carolina Republican was responding to when he made his ignorant and offensive comment. Namely, a poll commissioned by Planned Parenthood that revealed that most voters support access to abortion at 20 weeks once they understand even the most basic information about the procedure.

As Tim Smith at the Greenville News reports, the poll found that when voters learn that abortion at 20 weeks is incredibly rare (around 1 percent of abortions) and, more important, medically necessary -- they support it.

Of course, these aren't the only reasons people need to access abortion at 20 weeks. Other barriers to access -- like a lack of providers and severe financial hardship, exacerbated in states like South Carolina that have restrictions on funding and insurance for abortion care -- can force people to wait to have an abortion. As a report from the Guttmacher Institute recently noted, 70 percent of women report that they would have preferred to have their abortion earlier. And nearly 60 percent of women who had to delay their abortion did so because they struggled to get an appointment and raise the money to pay for the procedure.

But the data collected by Planned Parenthood exposes that what has long been held as conventional wisdom on the debate about abortion at 20 weeks -- that a majority of voters support such bans -- doesn't hold up when voters get the basic facts about the procedure.

Which is why Fair freaked out, of course.

"I have no more confidence in Planned Parenthood than I do in Adolf Hitler," he said in response to the poll. "If he were around, to ask about whether his signature is binding, he would say, 'Yeah, it is.' It's not, it wasn't. He, by the way, had the same philosophy of Planned Parenthood and that is that some people deserve to live more than other people based on what the culture says."

(Just as a reminder about who we're dealing with here, Fair is also the lawmaker who this week accused a South Carolina state college of "recruiting" lesbians.)