Missouri Republican: Having an abortion is a lot like buying a car or putting down new carpeting 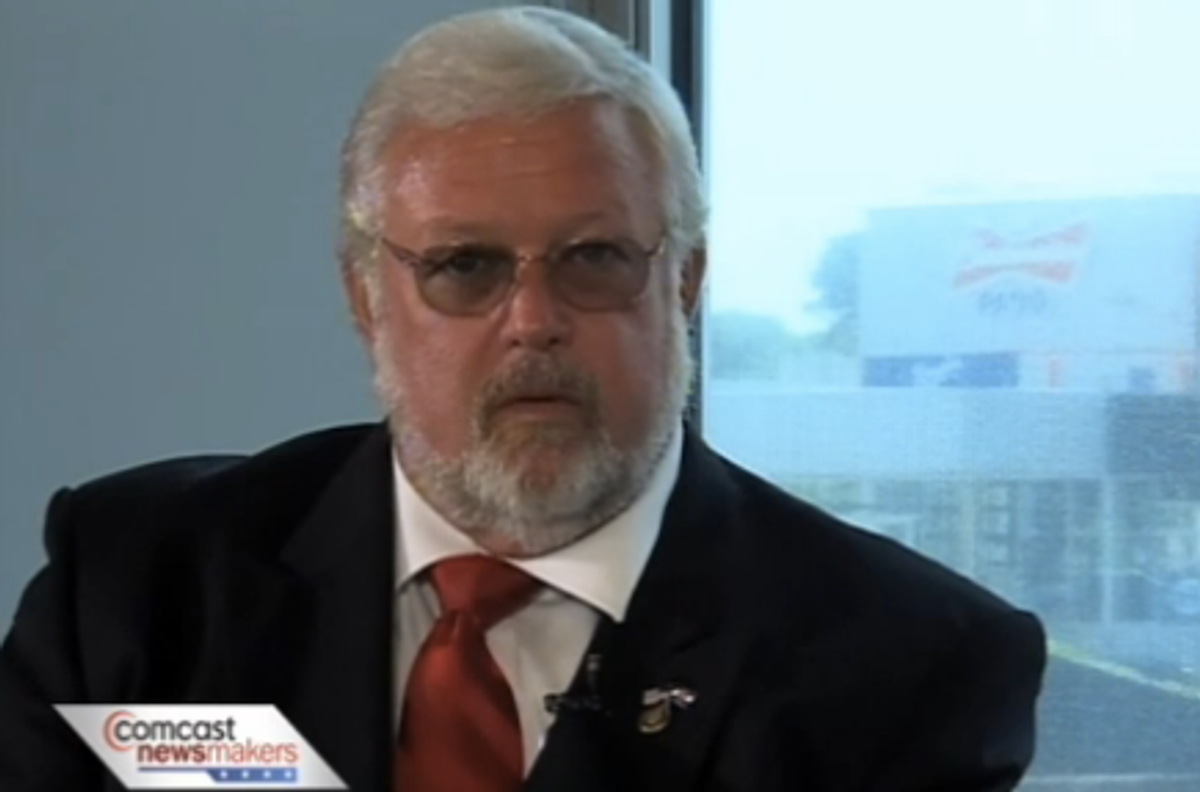 A Republican state lawmaker in Missouri defended his proposal to force pregnant people to undergo mandatory ultrasounds and wait 72 hours before they can have an abortion by comparing the procedure to buying a car or putting down new carpeting in your home.

“Even when I buy a new vehicle -- this is my experience -- I don’t go right in there and say, I want to buy that vehicle, and, you know, leave with it,” state Rep. Chuck Gatschenberger said Tuesday. “I have to look at it, get information about it, maybe drive it, check prices. There’s lots of things I do going into a decision -- whether that’s a car, whether that’s a house, whether that’s any major decision that I make in my life. Even carpeting. You know, I was just considering getting carpeting in my house. That process probably took a month … I wanted to be as informed as possible, and that’s what this bill is, having them get as much information as possible.”

Democratic state Rep. Stacey Newman denounced Gatschenberger's bizarre analogy as "extremely offensive to every single woman sitting in here," then went on to ask him, "Do you believe that buying a car is in any way related to a pregnancy decision? That kind of attitude is demeaning to women, regardless of what they decide to do."

Gatschenberger ultimately walked back his remarks -- but stood by his claim that pregnant people don't "think" about abortion before having one.

"I'm just saying [abortion] is a life-ending decision," he said. "You should think about it."

Gatschenberger is not the first lawmaker to suggest that pregnant people are thoughtless, and if the GOP's pathetic track record on self-correcting its misogyny is any indication, he will not be the last. But here's what: People seeking abortion care do so because they've already thought about it.

According to a comprehensive new study published in the journal Obstetrics & Gynecology, the overwhelming majority of people who seek abortion care do not change their minds after receiving and viewing a sonogram.

I've written about this research before, so allow me to quote myself:

The small number of women who viewed the image and changed their minds were part of the 7.4 percent of patients who had expressed low or medium certainty about their choice upfront. Meaning, they had mixed feelings about whether or not to go forward with the procedure from the start, their uncertainty wasn’t suddenly conjured by viewing the sonogram. Zero percent of women who expressed confidence in their medical decision were persuaded to change their minds after the ultrasound, because “such viewing does not alter decisions of the large majority of women who are certain that abortion is the right decision,” the researchers concluded.

Lawmakers like Gatschenberger who push mandatory ultrasound laws may fail in their aim to discourage someone from choosing to terminate a pregnancy, but these laws are still harmful. Basically, Gatschenberger's proposal wouldn't change anyone's mind, but it would make abortion harder to access and more costly.

These laws force pregnant people to undergo an ultrasound at least one day in advance of obtaining an abortion. Often enough, such laws require that the ultrasound be performed -- or at least reviewed -- by the same physician who is performing the abortion. Not only does this go against best medical practice, since ultrasounds are often administered by highly skilled technicians, it also drives up the cost of care by requiring a physician to be present for at least two days.

Then there's the waiting period. Missouri currently requires people seeking abortion care to undergo coercive counseling 24 hours before they can have the procedure. If the law succeeds, judging by the state's current laws, the three-day waiting period won't begin until after this counseling happens. That means that the new mandatory waiting period would actually be 96 hours. For a person who lives in an area without an abortion provider (97 precent of Missouri counties lack a provider), that's four days of staying at a hotel, four days off work, four days of childcare. If it's close enough to drive, that's at least two roundtrip car or bus or train trips. These costs add up.

And because of other laws in Missouri, the odds are good that people seeking abortion care don't have an insurance plan that will cover it.

Gatschenberger and his anti-choice colleagues don't want to give pregnant people time to "think," they want to put the procedure entirely out of reach for people in the state. If his proposal passes, he stands a pretty good chance of doing just that.