Raising kids is hard. But am I guilty of making it harder than it really is? 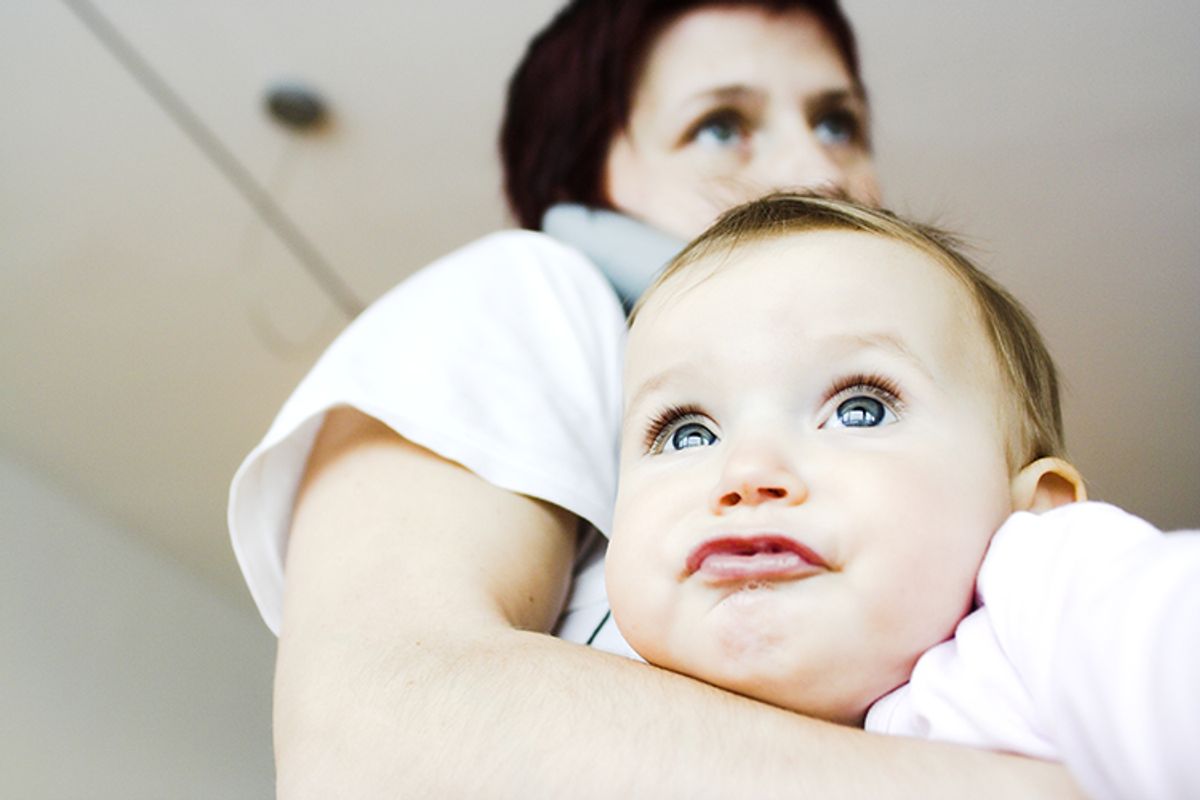 Five years ago, I called my husband at work and asked him to come home during lunch. Our newborn girl was fussy and inconsolable, wailing when I put her down, and I couldn’t figure out how I was going to eat anything that day, or go to the bathroom. It’s one of those memories that’s inconceivable now, as a mother of two. Babies are always difficult, and leaving her crying for a moment would have been harmless. But I was a new parent, learning the ropes.

There was another reason I reached out to him. I wanted to ensure my husband knew that while he was at his job – free to grab a coffee whenever he wanted – my situation was dire. That day, I purposely remained in a dirty sweat shirt so he’d not only hear it, but also see it, when I declared, “This is just so hard.”

I’ve engaged in more of these carefully crafted moments than I’d care to count, and I’m not alone; lots of moms I know enjoy discussing how hard motherhood is, and how our husbands don’t know how to do anything. But instead of simply admitting that, and requesting a cold martini at day’s end, I’ve made bold attempts at sanctifying my life among the first-world rubble, a practice amplified by the fact that I lost my job when my daughter was 5 months old. The complaining can be an enjoyable pastime, like group therapy, but recently I started wondering if I’ve been enjoying it a little too much. I found my sense of frenzied superiority in the whole gender role debate tiring. Was I becoming a martyr?

A few months ago, I found myself in the restroom at the pediatrician’s office, helping my now 5-year-old daughter pee into a cup for a suspected urinary tracy infection, while simultaneously trying to corral my 2-year-old son who’d grabbed a couple of the (clean, thank God) sample cups and was running riot over the tiles, gripping them overhead, doing fist pumps.

Managing the situation, just barely, a smug thought arose, as if to provide some badly needed accolades: My husband? He would never be able to handle this. In the next beat, I found myself wondering why my apparent achievement in this specific skill set, and his lack thereof, was reason to celebrate. Plus, we both had work to do that day. Why hadn’t I asked him to take the kids?

Then there was the time I decided that, instead of arranging for a baby sitter, I’d let both children sit in on my ophthalmology exam, laughing nervously to the kind doctor as they careened around the tiny room, precariously close to the expensive optical equipment, while he peered deep into my eyes, and I think, maybe, my soul.

Could my husband have survived the same? Probably not, for lack of experience, but I also doubt he’d consider this task, as I did, an important feat to conquer.

Mostly I’ve vocalized my complaints, sighing, grumbling or sending pointed texts about the injustices foisted upon me. But sometimes I’ll quietly simmer, hoping the situation will make itself obvious. On weekday mornings, I sometimes bang around the kitchen making breakfast for the kids and coffee for us, still in my bathrobe while my husband is preparing for the day. Would there be time for me to shower? Perhaps not, but at least then my trials – evidenced by my unkempt state – would be further legitimized.

These isolated instances certainly don’t characterize the whole of my parental experience, a delightful whirlwind that’s included some of the best years my husband and I have spent as a couple, and many happy days unmarked by these feelings, spending time with my adorable, hilarious children.

But lately – perhaps motivated by the realization that I’m a role model to my now very observant daughter – a single instance of the victim complex seems one too many. I don’t like myself when I’m trying to win the “Who is having the hardest time?” contest with my husband; a contest, I should note, in which I seem to be the only cognizant participant.

This behavior wasn’t at all a part of my life plan, either.

Growing up, I had an excellent role model in my mother. She never engaged in such agonizing behavior, or at least I never noticed her doing it.

She’d acquired a consulting company when pregnant with me, and went back to work as co-president when I was only 6 weeks old. My father worked full-time, as well, and they’d hired a nurturing sitter to watch me, and eventually my little brother, during the day. Once we were old enough, we had dinner as a family every night. We went on memorable vacations and our weekends, growing up outside of Washington D.C., involved rides on the carousel at the National Mall and visits to the Smithsonian.

I have a close relationship with my parents to this day, and a mother who never betrayed a sense of guilt, regret or resentment regarding her choices or the roles she had to manage.

If anything, I worry I’m not as strong a parental figure as she has been. And that’s another reason I’m trying to adjust my mind-set. I may not be completely at peace with my work-family balance at present – although I know it’s not for everyone, I always envisioned being a working mother, like my own – but I’m fairly certain the solution does not lie in random bouts of self-pity.

Now, surely, a new mom can be forgiven for adopting the spit-up-encrusted cloaks of martyrdom early on in the game. There’s an invisible badge of honor one achieves languishing in the trenches with a newborn. What I regret is clinging to remnants of that same feeling for so long. Motherhood is hard. But have I, for all these years, been making it harder?

I told my husband recently: “I’ve noticed that the children only ask me to make them food when they’re hungry, so I’m going to start directing them your way more often.” No apologies, or dismal recounting of my other duties. A simple statement, followed by his agreement and commitment to help solve the problem.

One night in November, as we were lying in bed after a long day for both of us, I was thinking anxiously about upcoming holiday road trips. Instead of launching a diatribe on the stress of travel, and how mightily I’m affected by it, I made a suggestion. “Listen,” I said. “This is going to seem arbitrary, but when we go away for Thanksgiving this year, I’d like you to pack for the kids.”

He took a sip of his tea, nodded resolutely. “OK,” he said.

I’ve been slow on the uptake, but I am learning that in casting off these symbolic hair shirts of motherhood, I gain mental space, and energy, for more pressing demands: writing, job-searching or simply reaping the mental health benefits of downtime while someone else does the work.

I certainly recognize there are parents for whom this subject is a luxury, the topic of parental roles eclipsed by a multitude of far more pressing issues, such as financial hardship or illness. But for me, in my particular family, the solution to a perpetual and rather unattractive “woe is me” state seems so much less complicated than it once appeared. I just have to ask for what I want.

So I’m trying to banish the martyr act for good, and instead solicit the help that I have been trying so hard to prove I don’t need.

That’s what I’ve been doing over the past few months when, tired from a day of making meals and breaking up fights, I tell my husband that if he doesn’t mind, I’d love for him to give the children a bath and start bedtime without me. I try to avoid authenticating the request with a headache-inducing chronicle of the children’s behaviors and their effect on my psyche, following it up with nothing more than the simple reason: “I need a break.”

It’s honest communication. He says yes, because he knows what a day with two young children is like, without my having to drop relentless reminders.

I join them for the last 10 minutes of the nighttime ritual of reading books, looping my arm around my daughter’s middle, the four of us snug in the tight space. My son, only 2 and sometimes bored by the book, often creeps over to me halfway through and flops himself down on my chest, his soft cheek against mine.

Yes, motherhood is hard. But if you let yourself have them, there are a million moments of beauty.

Cara McDonough is a freelance writer who covers parenting, women's issues and other subjects. She lives in New Haven, Connecticut with her family.