Politico may have played rough with an uncooperative candidate, but based on his campaign he deserves it 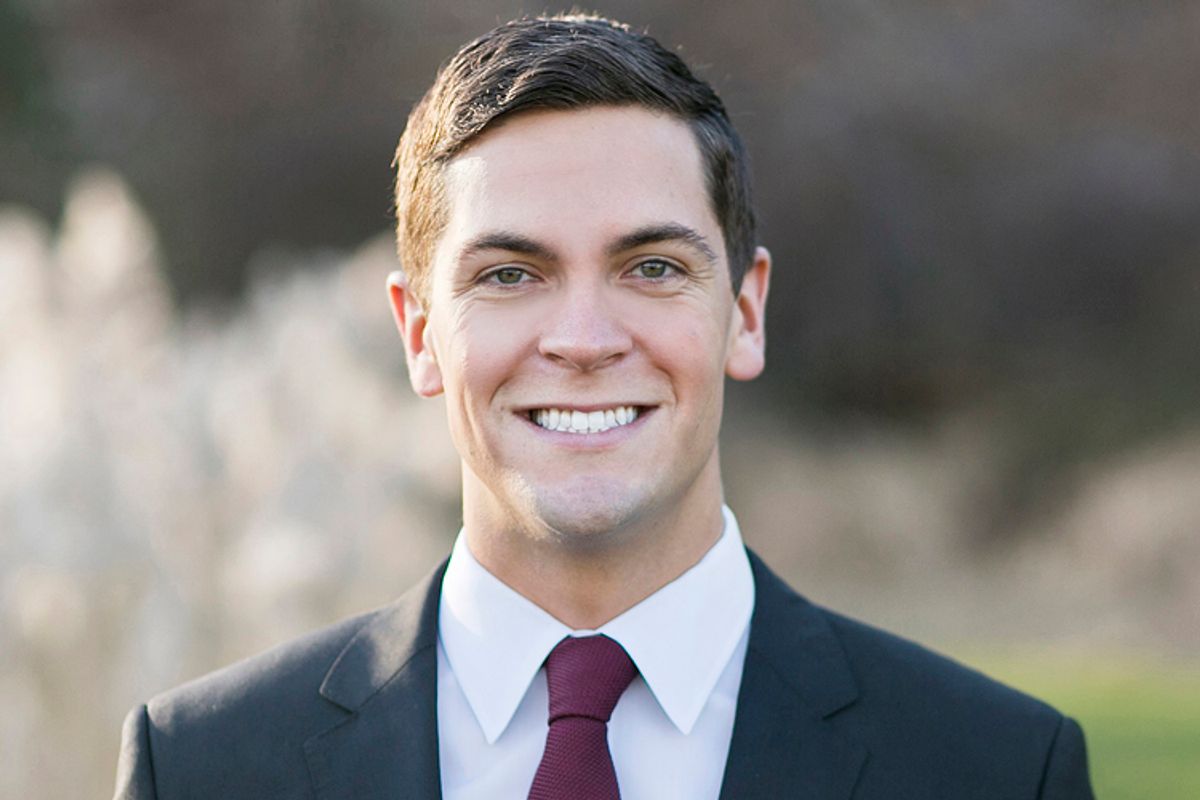 Politico's Alex Isenstadt has a new story on Sean Eldridge, a Democratic congressional candidate from (well, "from") New York's 19th District. The story is actually a meta-story, about how Eldridge refused to speak with Politico. The piece paints him as something of a rich flake, "testing the limits of dollars and cents to secure a seat in the House of Representatives," with help from his husband, uber-wealthy Facebook co-founder (and New Republic publisher and editor in chief) Chris Hughes. Politico even made a little video about how Isenstadt was forced, poor thing, to write a write-around, as if writing a story about a non-cooperative subject wasn't a terribly common occurrence for many journalists. The entire thing comes off as a threat: cooperate with Politico or we'll slam the hell out of you in our national news outlet.

So yes, it is easy to trash Politico for writing a transparent hit piece on a candidate whose crime was not speaking to Politico. But you know what? Sean Eldridge deserves it. He's a man with no reason to be in Congress beyond being rich enough to throw money around a district -- a district that was his second choice after his first one didn't pan out. He represents every self-regarding super-rich would-be do-gooder who parachutes into a community with no understanding of the lives of its residents and expects them to recognize his inherent suitability for high office.

There are lots of reasons, good and bad, for someone to run for office. You could have experienced or witnessed or studied injustice, and you wish to go to Washington to fix it or fight those responsible. You could come from a family with a tradition of public service. You could consider yourself, because of your skills or background, uniquely qualified to manage a city or state or country effectively. You could simply want to improve people's lives, or it could just be that you are sure you'd do a better job in office than the incumbent. Voters will accept just about any of those reasons, depending on the candidate. A message that doesn't tend to resonate with people is "vote for me because I'm quite rich and I have always wanted to be in Congress." From everything I've ever read on the man, that seems to be Sean Eldridge's pitch.

Sean Eldridge wants to be in Congress. He wants to be in Congress so badly that he doesn't actually seem to care that much about which district he will represent in Congress. Eldridge and Hughes bought a $5 million home in New York's 18th District in 2010, with the intention of running for Congress from there. Unfortunately for Eldridge, Sean Patrick Maloney -- another rich man, but one with a bare minimum of prior government service -- had also bought a house in the district with the intention of running. (The sitting member at the time was a one-term Tea Partyer out of step with the district, making it an attractive option for a carpetbagger.) Maloney ran, and won.

So in 2013, Eldridge and Hughes bought a $2 million home (in cash) in New York's neighboring 19th District. As Jason Linkins pointed out at the time, each of Eldridge's home purchases was accompanied by a New York Times article emphasizing the fineness of the homes. On both occasions, Eldridge or a spokesman referred to the new homes as where the couple planned "to put down roots."

A running theme in Eldridge campaign stories is how he inspires little in the residents of his district(s) but a sort of puzzlement as to his intent. From the Times, last year:

Justin Riccobono, who is the director of a hops farm in the district, was somewhat perplexed after meeting Mr. Eldridge at a gathering of local leaders working to establish a beer trail featuring area craft breweries.

During the gathering, Mr. Eldridge, polished and enthusiastic, spoke of his commitment to helping the region. Mr. Riccobono, a local Republican official who supports Mr. Gibson, was impressed with Mr. Eldridge, who talked with him about financial help he could provide hops farms like the one he runs. It was only later that Mr. Riccobono learned of the young man’s political aspirations.

“He seemed pretty friendly,” Mr. Riccobono recalled. “Then I found out he was running against Congressman Gibson and I thought that this was all a little bit of a staged situation.”

Another problem Eldridge may run into is that he's part of a class of people that lifelong upstate New Yorkers hate. As the Times put it: "Mr. Eldridge and Mr. Hughes are part of the flock of New York City residents who have bought second homes in the Hudson Valley in recent years, then involved themselves in local politics." Mr. Eldridge, that is, is campaigning to represent the place in which he summers.

Here's how a local liberal talk radio host -- a person who should be naturally sympathetic to a Democrat seeking to unseat a Republican -- put it to Politico:

[Alan] Chartock came away without any real sense of the candidate.

Eldridge sounded like “what a young person thinks a politician should sound like,” the radio host said in an interview. “He’s right on all the issues, but what I think people are looking for is a person. He’s extremely bright, has all the assets that you need to run. But it’s cookie cutter.”

If you can't articulate a compelling reason to vote for you to a professional liberal, and you're unwilling to answer questions from other political reporters, you deserve to be called out as a completely vacuous candidate.