What do the new and current "Late Show" hosts have in common? More than you'd think 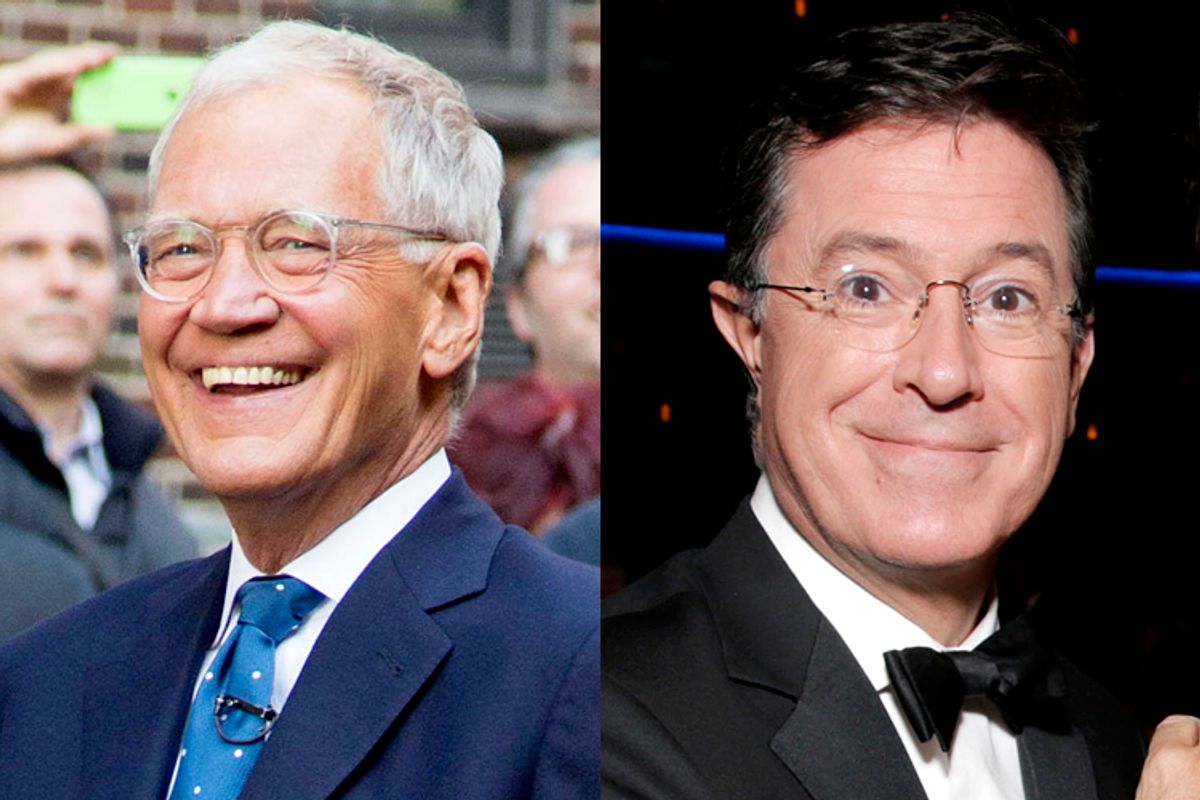 Even for the most die-hard fans of Stephen Colbert, it's hard to predict what a Colbert-manned "Late Show" will look like.  His blowhard right-wing persona, needless to say, could hardly be more different from Letterman. Out-of-character Colbert appearances have been scarce. But Letterman and Colbert do have some things in common: like Michelle Obama, Bill O'Reilly and Bill Clinton, to name a few of the bigwigs they've both had in the hot seat. For clues into the future of "The Late Show," we did a side-by-side comparison of the current and future hosts. The verdict: a Colbert-Letterman mashup might be the best "Late Show" host of all.

Letterman to Michelle Obama: "Does your husband ever come home to you and say to you, 'Hey, did you see what Todd Aiken said?'"

Colbert to Michelle Obama: "I hope I'm not out of place in saying this: You're a very good looking lady ... Do you think your husband will be okay with me having said that?"

Letterman to O'Reilly (asked if he wants America to win in Iraq): "That's not easy for me, because I’m thoughtful.”

Colbert to O'Reilly: “I don’t retain anything in books, okay, they’re just squiggly lines ... I believe that books are, well, full of facts, okay. I’m more of an opinion man."

Letterman to Drew Barrymore: "What was your relationship like with Steven Spielberg, who is now like, Mr. Bigshot, the biggest most powerful in the world?"

Colbert to Drew Barrymore: "Can we talk about 'E.T.' for a second? You cry in that movie. Did Spielberg make you cry? Cause if he harmed a hair on your head ... I will protect you. He is a jerk."

Letterman to Clinton: "You and I have something in common, which is we've both had the heart surgery."