Gentrification's quiet tragedy: How sweetheart deals are brutalizing the public 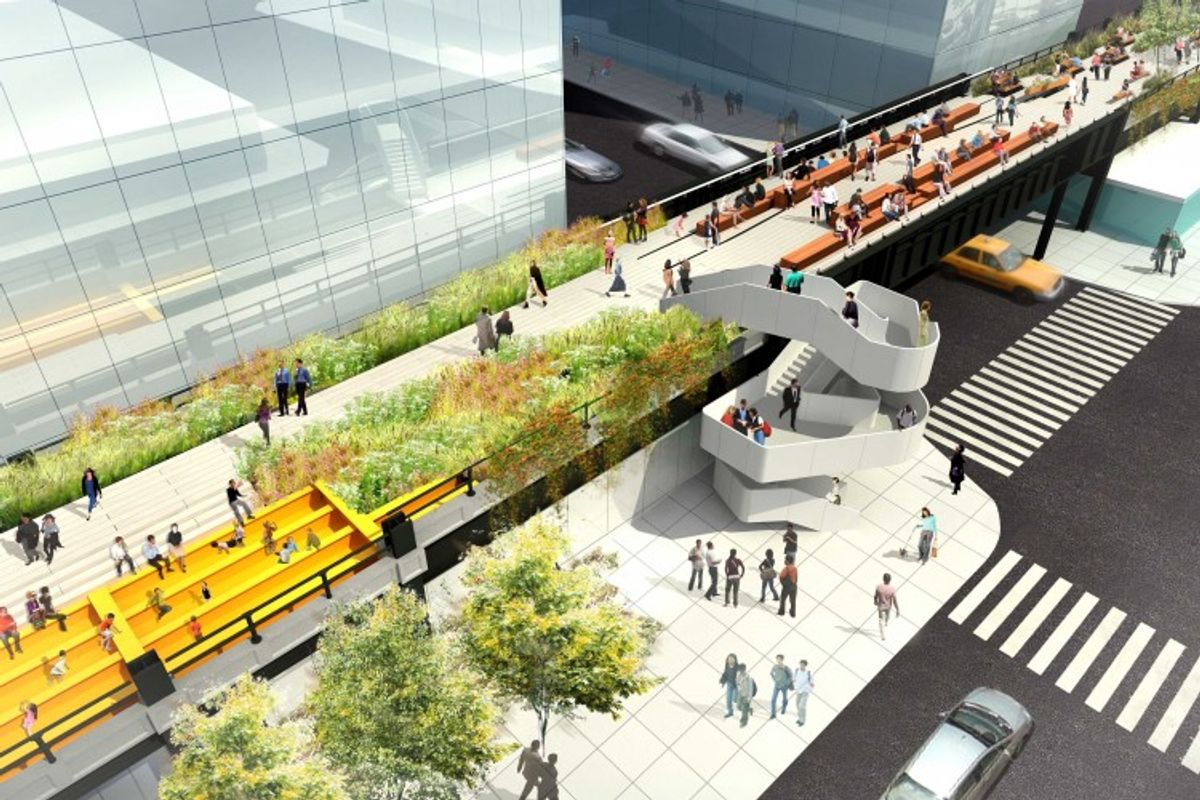 The most striking illustration of severe economic inequality in America might just be found along New York City’s High Line Park.  The recently created green space, which just happens to have the highest upkeep costs of any park in the city, was a publicly subsidized boon for private development — especially the pricey apartment building that have sprung up along the path. In a glittering new building at 540 West 28th Street, a 700-square-foot one-bedroom apartment just sold for $1.3 million. Manuel Matos, a concierge in the building, makes just $12 an hour and has no health insurance.  Matos also lives in a one-bedroom apartment — one he shares with his parents almost an hour’s commute away from work.

Nationally, $12 an hour of full-time work is just barely enough to put a family of four over the official poverty level of $23,850 in annual income. In New York City, where the cost of living is among the highest in the nation, a living wage for a family of four is $22.32 an hour.  And Matos is just one of hundreds of workers in the High Line’s pricey buildings who are severely underpaid and/or get no health insurance or benefits.

Air rights in and around High Line properties are even selling for millions of dollars. It seems that these days, oxygen is worth more than working people.

It’s not just New York. In Baltimore, the city is handing private developers $400 million in public subsidies to build a gleaming new office park that will house the energy company Exelon as well as Morgan Stanley and other private firms. Meanwhile, security guards at the work site are making just $9 an hour. And in Detroit, private developers are building a new hockey stadium, boosted by $444 million in taxpayer funding. In that city, which just filed for bankruptcy, public workers are being laid off, pensions are on the chopping block and 40 percent of the city’s streetlights are being turned off to save money.

This is what makes gentrification truly tragic. It’s not just that individual white rich folks move into a neighborhood and bring with them more buying power and private development. It’s that government resources and private resources in general dutifully follow. Cities that didn’t have enough money to spend on parks in poor neighborhoods or pensions for public employees suddenly have enough money to subsidize corporate office parks and stadiums.

And no, while private companies and developers often wrangle special tax breaks and other public investments from state and local governments by arguing that increases in jobs and tax revenues down the line will more than make up for the cost, the reality is bleak at best. Mostly, private companies are tricking public officials into sweetheart deals that never pay off for the public. While the fact is that spending that money on schools and affordable housing and job training programs would probably pay better dividends for communities, the corporations have very well-paid and persuasive lobbyists.

And then those taxpayer-subsidized private developments and stadiums turn around and pay crap wages to workers and make the inequalities within cities even worse.

As Ta-Nehesi Coates once wrote for the Atlantic,

[W]hen we talk about gentrification, understand that we really are talking about the result of actual policies endorsed, not simply by shadowy interests group, but by actual Americans, erected with the explicit intent of making sure that another group of Americans remain a permanent peon class.

The not-so-hidden message of gentrification is that there is always plenty of money to go around, even public money, for the whims of the rich. But for low-income folks — whether they’re the residents pushed out by development, the city employees shafted as priorities shift, or building workers brought in for the new jobs — those resources are a mirage. The private development of mass gentrification, made way for by public policy including public financing, not only systematically ossifies but intensifies the economic inequality within our nation’s cities.

And the companies that reside in these office parks, the fans that frequent these stadiums and the wealthy executives and celebrities who buy homes in these apartment buildings — I’m looking at you, Nicole Kidman and Mick Jagger — are complicit in this immoral and destructive system.

The High Line building where Manuel Matos earns just $12 an hour as a concierge advertises to prospective tenants, “You don’t have to live like a starving artist to feel like one.” Um, OK. But if you buy a multimillion-dollar apartment and pay your workers starvation wages, then what do you feel like?