Someone threw a shoe at Hillary Clinton (but she dodged it) 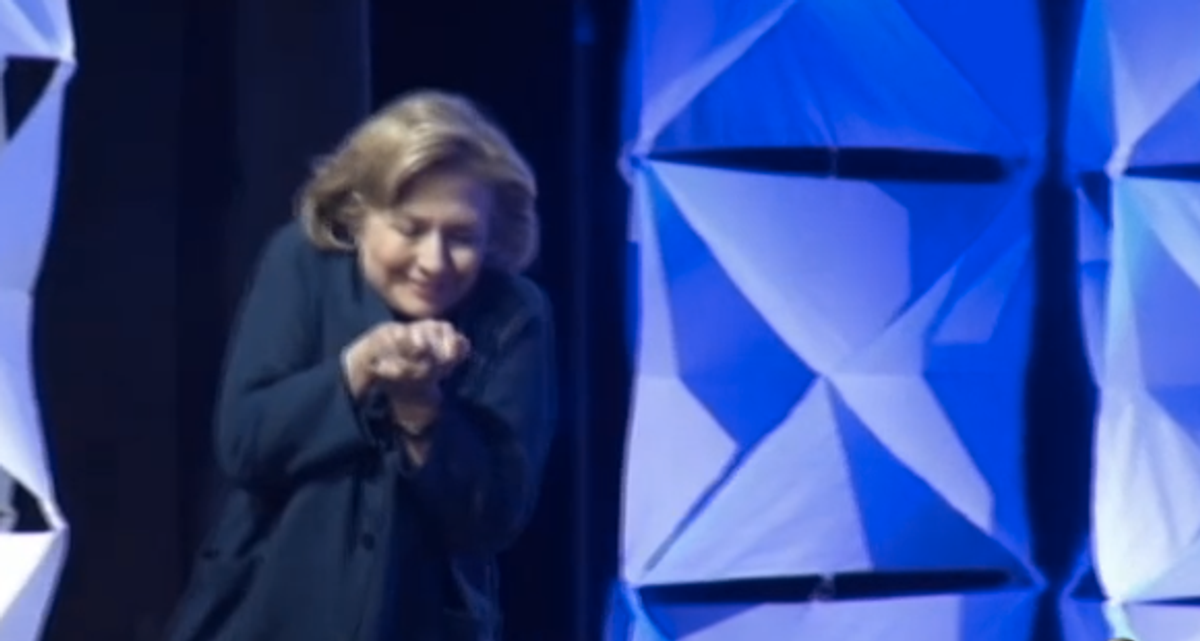 Hillary Clinton on Thursday addressed an audience at an Institute of Scrap Recycling Industries meeting in Las Vegas, but was interrupted when as an as-yet-unnamed woman in the crowd threw a shoe at her. The black and orange athletic shoe flew by her head, narrowly missing the former secretary of state and likely presidential contender.

"Is that somebody throwing something at me? Is that part of Cirque de Soleil?" Clinton joked to the crowd after the incident. "My goodness, I didn't know that solid waste management was so controversial. Thank goodness she didn't play softball like I did."

The woman who threw the shoe was taken into federal custody. According to the Associated Press, she hasn't said why she threw the shoe.