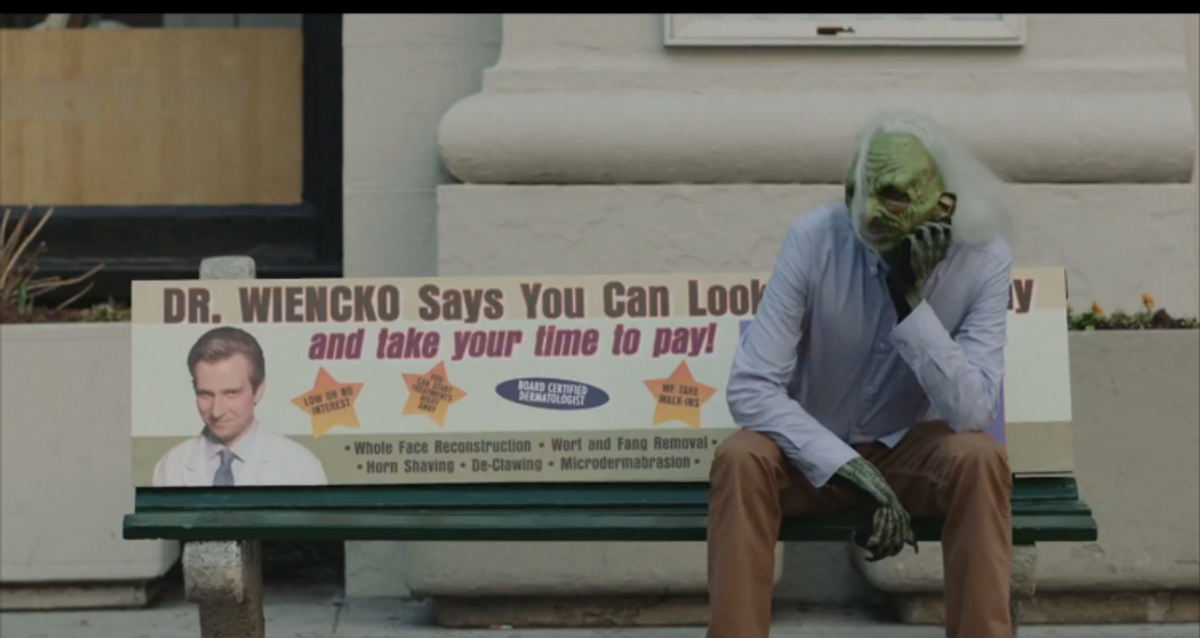 The digital shorts that now make up a part of nearly every episode of "Saturday Night Live" often end up being the best part of the show, and the most recent one, "Monster Pals," was no exception.

The short is pretty simple, the story of two hideous and incomprehensible monsters who live in New York City and by all appearances experience a good amount of harassment and discrimination, as monsters tend to do. When one of the monsters decides he's had enough and he's going to undergo a kind of "surgery" in order to look more human, his still-hideous friend is set adrift in the big city and is forced to search for his former-monster best friend, whom he no longer recognizes.

The whole thing shouldn't be nearly as touching and sweet as it is, yet go ahead and try not to say "aww" by the time "Monster Pals" draws to a close.