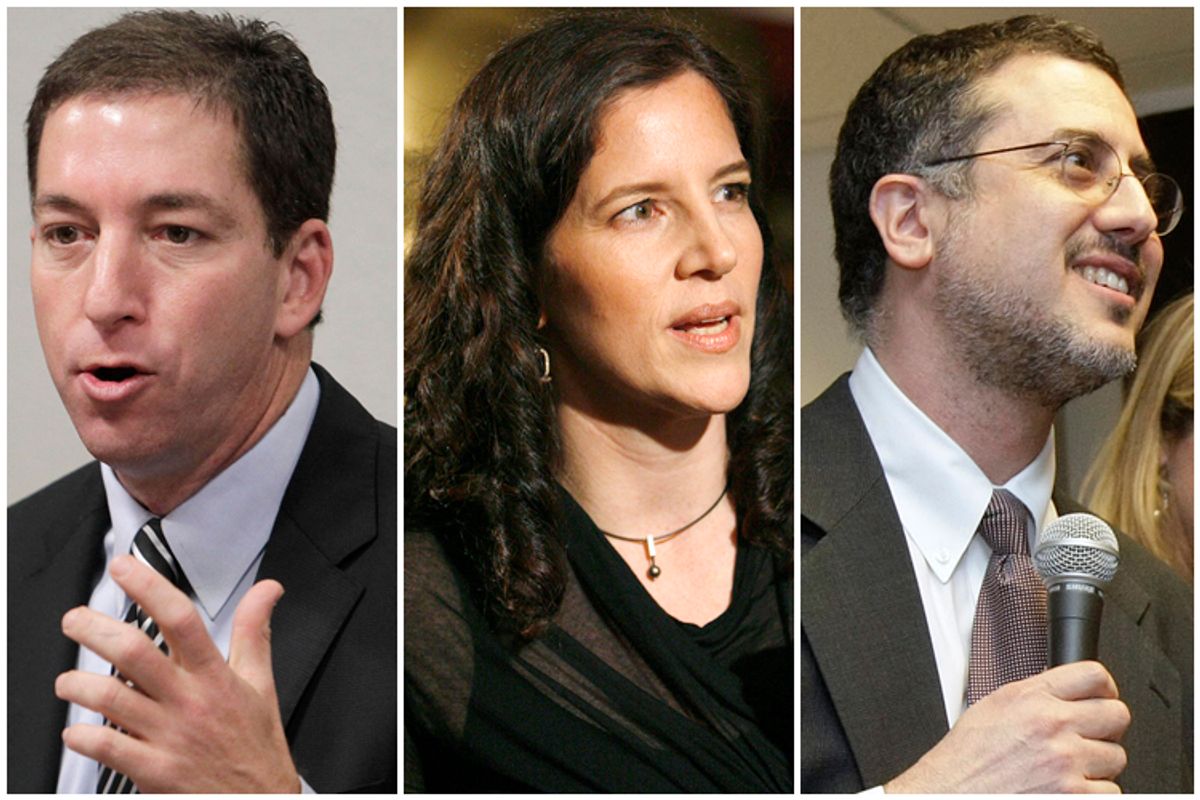 The Pulitzer Prize selection committee has recognized what every journalist who cares about the highest standard of their craft already knew. Glenn Greenwald, Laura Poitras and Barton Gellman deserved journalism's highest award  for their work disclosing the full extent of U.S. government surveillance. Now they have one.

The revelations published by Greewnwald, Poitras and Gellman in the Guardian and the Washington Post seized the attention of the general public and have encouraged  legislators to call for new oversight over run-amok intelligence agencies. They crystallized a fresh understanding of how two decades of rapid advances in computer technology and digital networks have enabled a startling and frightening degree of government surveillance. Because of the stories published under the bylines of Greenwald, Poitras and Gellman we think of both our phones and our government in profoundly new ways. What was once paranoia is now fact.

Of course, without Edward Snowden's decision to leak thousands of documents detailing various NSA surveillance programs, Greenwald, Poitras and Gellman wouldn't have been eligible for anything. So if anyone deserves an award, Snowden should be at the top of the list. But it's still difficult to think of any journalistic endeavor in recent years that matches the impact and significance of the revelations published by the Guardian and the Washington Post. Names that come to mind? The Pentagon Papers. Watergate. In the last decade, there's really nothing that compares.

What Gellman, Poitras and Greenwald achieved is an example of journalism's proudest callings: to serve as a check to power. It takes no courage to act as authority's stooge, as the New York Times' Judith Miller did when she helped clear the way for the Iraq War with her coverage of the nonexistent "weapons of mass destruction." It takes guts and conviction to expose the operations of the National Security Agency. It means powerful people will call you an "accomplice" to treachery. It almost guarantees that the tools of surveillance will be trained upon you. It raises the distinct possibility that merely visiting the United States could result in your arrest.

As USA Today's Jennie Matthew wrote for AFP, "for most journalists, there is no debate." Gellman, Greenwald and Poitras deserved a Pulitzer.