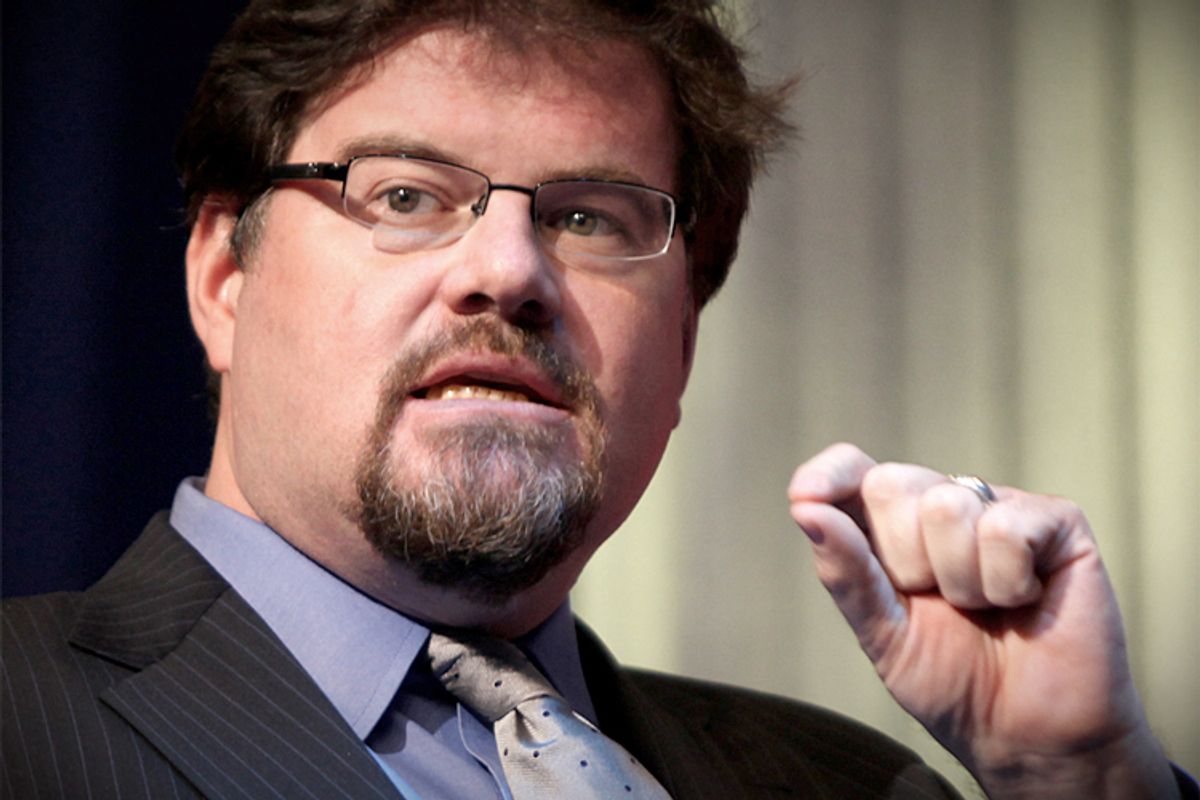 Liberal fascism is alive and well, and seemingly everywhere one looks these days. Not since the dark days of Stalin's purges have so many so-called progressives exercised so much violent aggression against their enemies. It is indeed a dark time to be considered an enemy of the left-liberal alliance, as so many recent victims can attest.

First, a bunch of Twitter users got mad at Stephen Colbert, leading to Comedy Central agreeing to end his show -- forever. Regardless of the merit of the anti-Colbert complaint, it was chilling to see free speech trampled upon as a gaggle of vaguely organized people on Twitter successfully browbeat a massive media conglomerate into sort of apologizing for a joke.

As bleak as that episode was, it was just the warmup for the unprecedented onslaught of rage unleashed against Brenden Eich, the former CEO of Mozilla, who was hounded from his job merely for donating $1,000 to a political campaign organized around stripping same-sex couples of the right to have their unions recognized by the state. The gay mafia is real, my friends, which is why Eich is now dead in an unmarked grave somewhere outside Philly. Or at least no longer the CEO of a tech company, which is basically the next-worse thing.

Sure, Eich's resignation was his own decision, prompted in part by the resignations of some members of Mozilla's board -- in other words, it was internal strife, not external protest, that led to his decision to leave the company -- but the gays and their gay-sympathizers were frightfully unfair to Eich, by expressing disapproval of his totally legitimate decision to spend money denying them various rights. The entire affair reflected a terrifying new status quo, in which tech executives don't have the complete freedom to say whatever they like. What's next? Will it no longer be socially acceptable for men to make unwanted sexual advances toward women?

Still, the worst of the new intolerance was yet to come. Last week, Brandeis University announced that it would rescind an honorary degree it planned to award to Ayaan Hirsi Ali, an internationally feted survivor of horrific abuse as a Somali-born former Muslim. Hirsi Ali is now a best-selling author and critic of religious extremism -- a hero to the victims of Islamic Extremism worldwide, or at least a hero to various Americans and Europeans who imagine themselves the foot soldiers in a global war against Islamism. Brandeis' decision to cave to pressure from the left-wing/Islamofascist militants and cancel Hirsi Ali's honor has been castigated by champions of freedom around the world.

Hirsi Ali's crime? Offending the Liberal Thought Police. And a bit of lying about her background. Like, sort of lying about most of it. And then also saying inflammatory things about Muslims. Inflammatory bordering on eliminationist. With a lot of stuff about how Islam must be "crushed" and "we are at war with Islam"; and so on. Plus the thing about how she sort of sympathized with Anders Breivik.

Still, to silence Hirsi Ali for her beliefs is a shocking violation of academic freedom. Louis Brandeis and John Podhoretz's uncle would be appalled. Sure, Brandeis extended Hirsi Ali an invitation to speak after rescinding her completely meaningless honor, but not giving someone a prize is still a form of censorship.

All of these seemingly unconnected incidents can be understood with one simple word: fascism. Liberal fascism. "Fascism" as a term has been abused by leftists over the decades, but it is a definable and concrete thing. Essentially, fascism is when a bunch of people criticize something they disapprove of or are offended by, and ask that the thing or person that offends them not be rewarded in some fashion. (Mussolini got his start as a sort of Italian proto-"hashtag activist," uniting his "followers" against Slavic people and socialists.) One of the most important features of liberal fascism, as it is practiced in the 21st century, is that while none of its victims ever die or go to jail, it is still always directly and exactly comparable to some sort of horrific historical (or literary) atrocity.

Like the Inquisition. Or the gulags. ("That term may be perverse, but it is not an exaggeration.") Or honor killings. Or Orwell's "Thought Police." Or racist minstrelsy. Or McCarthyism. Whatever you want to call it, it is an appalling violation of the supposed tenet of liberal tolerance when liberals refuse to tolerate bigots and creeps. Obviously Ayaan Hirsi Ali, Brenden Eich, Alec Baldwin and Charles Murray are all still rich, free, influential and suffering no actual material or physical hardships for their beliefs, but people were rude about them on Twitter. Papa Joe himself would be proud.