Marsha Blackburn: "It is Republicans that have led the fight for women’s equality" 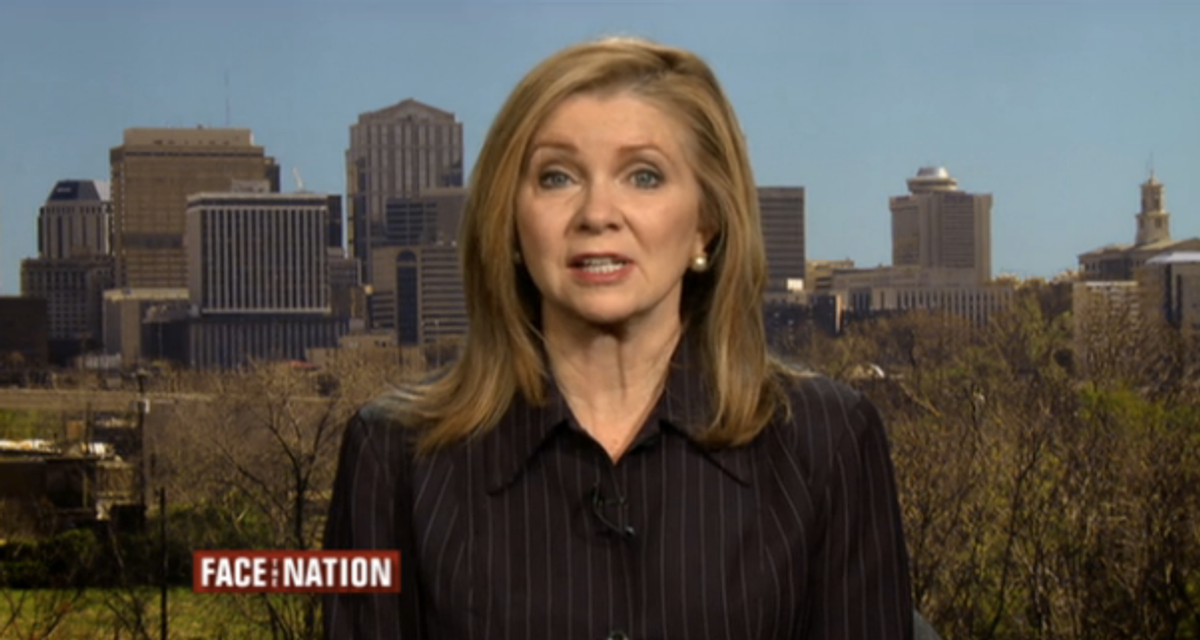 Rep. Marsha Blackburn, R-Tenn., wants you to know that the GOP is fighting really, really hard for women's rights -- even though they want to reinstate gender rating in insurance coverage, eliminate access to safe abortion care, empower employers to control the healthcare choices of their female workers, oppose equal pay measures, kill the effort to raise the minimum wage and gut social programs that overwhelmingly benefit low-income women and mothers.

Despite all of these things (and all of these other things), Blackburn wants women to know that the GOP has their backs.

"I find this war on women rhetoric just almost silly," she said on "Face the Nation" in response to a question about equal pay. "Go back through history, and look at who was the first woman to ever vote, elected to office, go to Congress, four out of five governors."

When asked to defend her opposition to the Paycheck Fairness Act, Blackburn replied that the measure wasn't really about equal pay -- it was just about lawsuits!

"The legislation was something that was going to be helpful for trial lawyers, and what we would like to see happen is equal opportunity and clearing up some of the problems that exist that are not fair to women," she said. "We're all for equal pay. I would love for women to be focused on maximum wage."

She also echoed the popular Republican talking point that, apparently, we can't do anything about the gender earnings gap until the White House addresses its own pay disparities, which is a ridiculous thing to say but for some reason a lot of conservatives keep saying it.

"By the way, the White House paying women 88 cents for every dollar that a guy earns for comparable positions," she said. "They need to go clean up their own act first." (For more on this and the GOP's general incoherence on the pay gap, you can read my colleague Joan Walsh's take on Blackburn.)