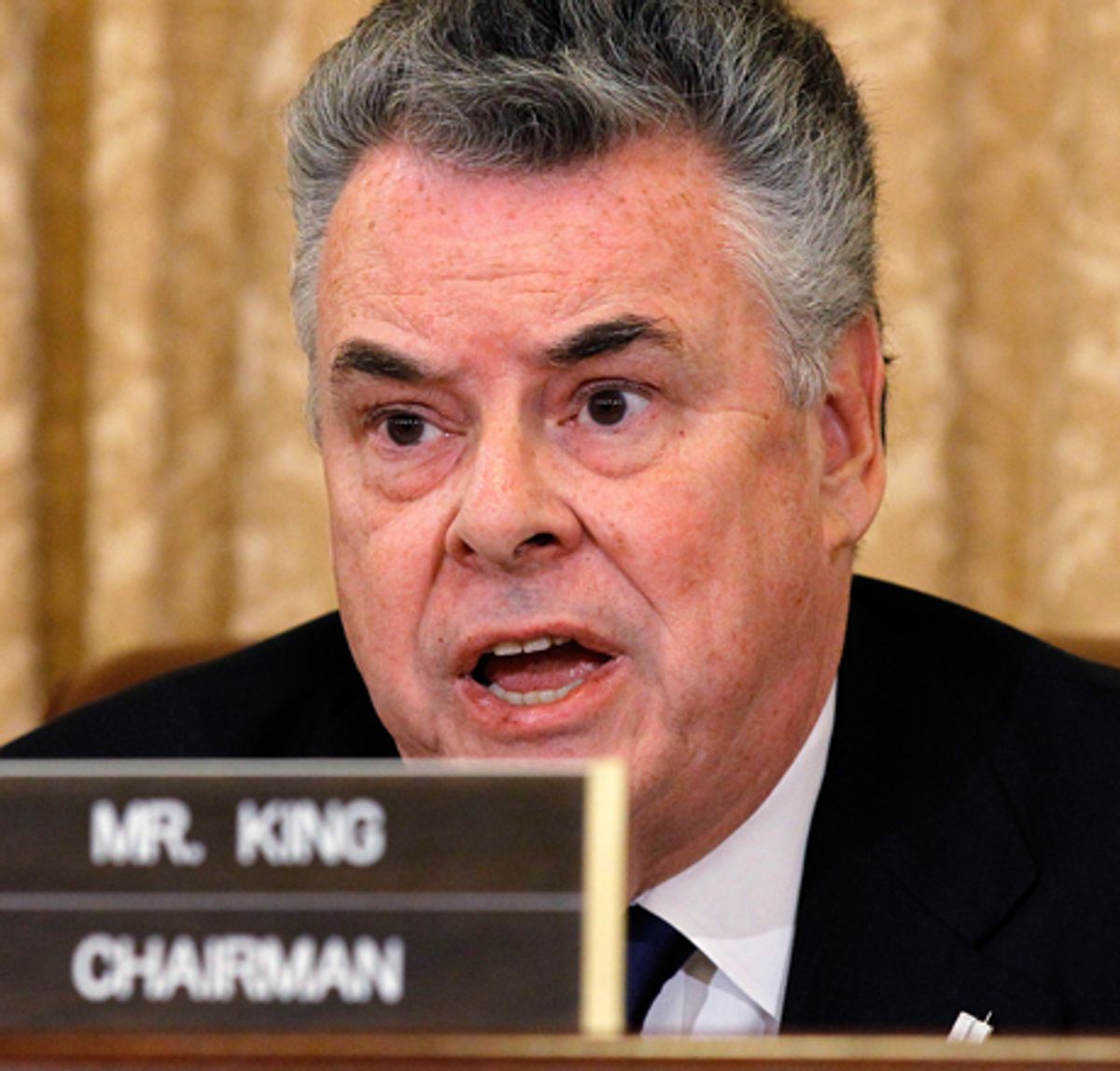 Today it was announced that the Guardian and Washington Post were being awarded a Pulitzer Prize for the reporting on NSA mass surveillance done by Glenn Greenwald, Laura Poitras and Barton Gellman. Shortly after, NSA apologist Peter King, R-N.Y., took to Twitter to voice his displeasure:

King is no stranger to outbursts regarding journalist Glenn Greenwald and "his accomplice" NSA whistle-blower Edward Snowden. King has even called for "legal action" against Greenwald for what he had revealed and what he could reveal in the future. "No right is absolute," King told Fox News. "And even the press has certain restrictions."

Pulitzer Prize-winning Snowden "enablers," as King calls these journalists, are not the only media who have been the target of the congressman's rants. After a New York Times Op-Ed that called for clemency for Snowden, King notoriously called the paper a “blame America first rag" and said "they go out of their way to be apologists for terrorists." The clip can be viewed below: