The "Blood Moon" is upon us! 5 things you should know about tonight's freaky lunar eclipse

No it's not just you. The moon will look blood-red in the wee hours of Tuesday morning, and here's why 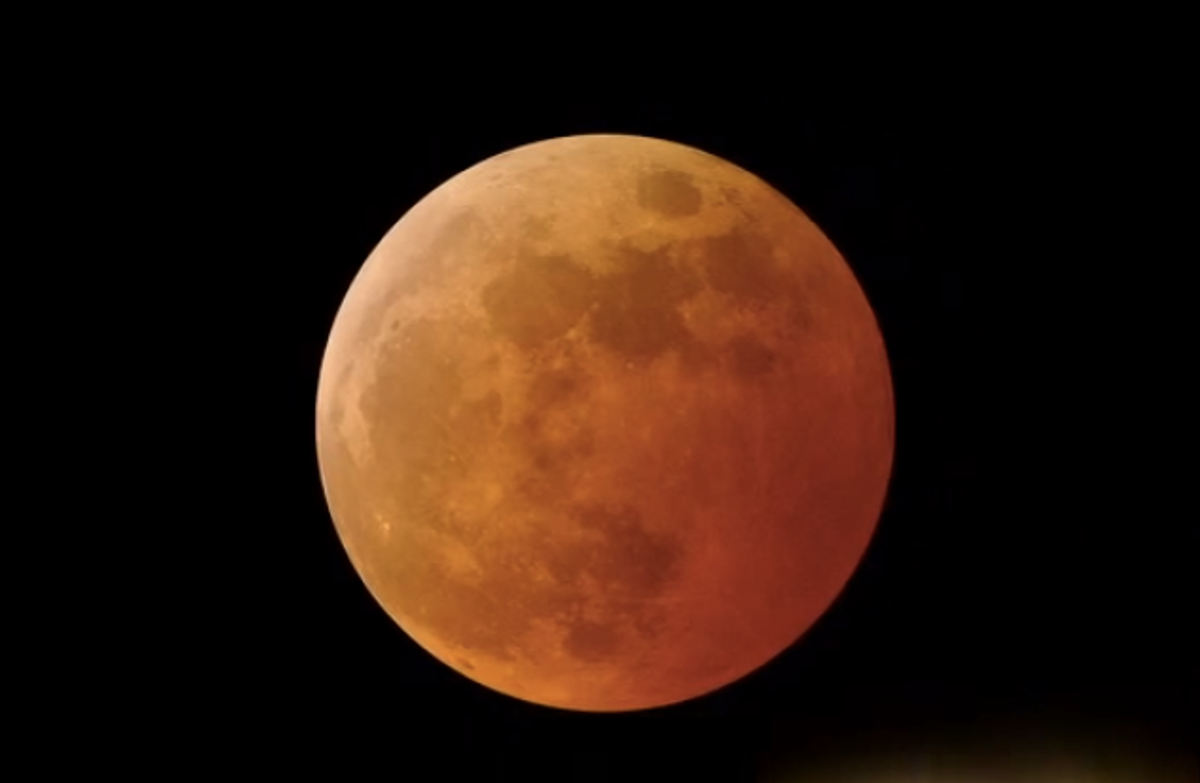 Tonight in the place of a normal bright full moon, the orbiting satellite will be a creepy shade of red. The night sky's spectacular event is the first of four lunar eclipses that will take place both this year and next. Here is everything you should know about the ghastly blood red moon!

What is a blood moon?

A blood moon is so-called, due to the moon's red hue during a total lunar eclipse. The United States will be in prime orbital position to witness a blood moon in the wee hours of tomorrow morning. "Depending on local weather conditions, the public will get a spectacular view looking into the sky as the moon's appearance will change from bright orange to blood red to dark brown and perhaps gray," explains NASA. "The eclipse is a phenomenon that occurs when the Earth, moon and sun are in perfect alignment, blanketing the moon in the Earth's shadow." The next time the U.S. will be in this position to witness a lunar eclipse is in 2019.

Why is it red?

NASA has the answer for us in the form of a helpful video, which is located below. The moon itself is rock and does not emanate any light of its own. The moon's glow comes from reflected light from the sun; its position in relation to the Earth and sun is also the reason for its "changing" shape in the night sky. The moon has a tilted orbital path, which means that rather than us having an eclipse every month, total lunar eclipses happen far less frequently. As the moon passes through the center of the Earth's shadow, known as the umbra, the moon gets significantly darker and then turns a blood red when it is fully engulfed by the Earth's shadow. It is red "due to sunlight scattered through the earth's atmosphere," which reflects off the surface of the moon.

What's so special about this blood moon?

This blood moon is special because it the first lunar eclipse that is part of a blood moon tetrad. A tetrad is a series of four lunar eclipses that happen within six-month intervals of each other. The first takes place the early morning hours of April 15; the next is on Oct. 8 of this year, followed by two in 2015 on April 4 and Sept. 28.

That sounds spooky! Does this mean the world is ending?

Much fear has been stirred up over this particular blood moon, since it coincides with the Jewish holiday of Passover, and comes soon before the Christian holiday, Easter. However, despite the fears of Pastor John Hagee -- who wrote a book called "Four Blood Moons: Something is About to Change" -- the rapture is not upon us.

Eclipses are rooted in science and the moon's tilted orbit. Also, tetrads themselves are not extraordinarily rare. According to Fred Espenak, a NASA astrophysicist, there are nine sets in the 21st century. What makes this tetrad so special is that all four can be totally or partially viewed in the U.S.

When and how can you view it?

If conditions are clear the lunar eclipse should be visible to most of North America, parts of South America and Alaska. It will take place early tomorrow morning starting at 2:00 EDT. According to NASA the eclipse's peak will be at around 3:45 a.m.. You can follow the blood moon at NASA, where astronomer Mitzi Adams and astrophysicist Alphonse Sterling will be live-chatting the lunar eclipse, and taking questions starting at 1 a.m. EDT.