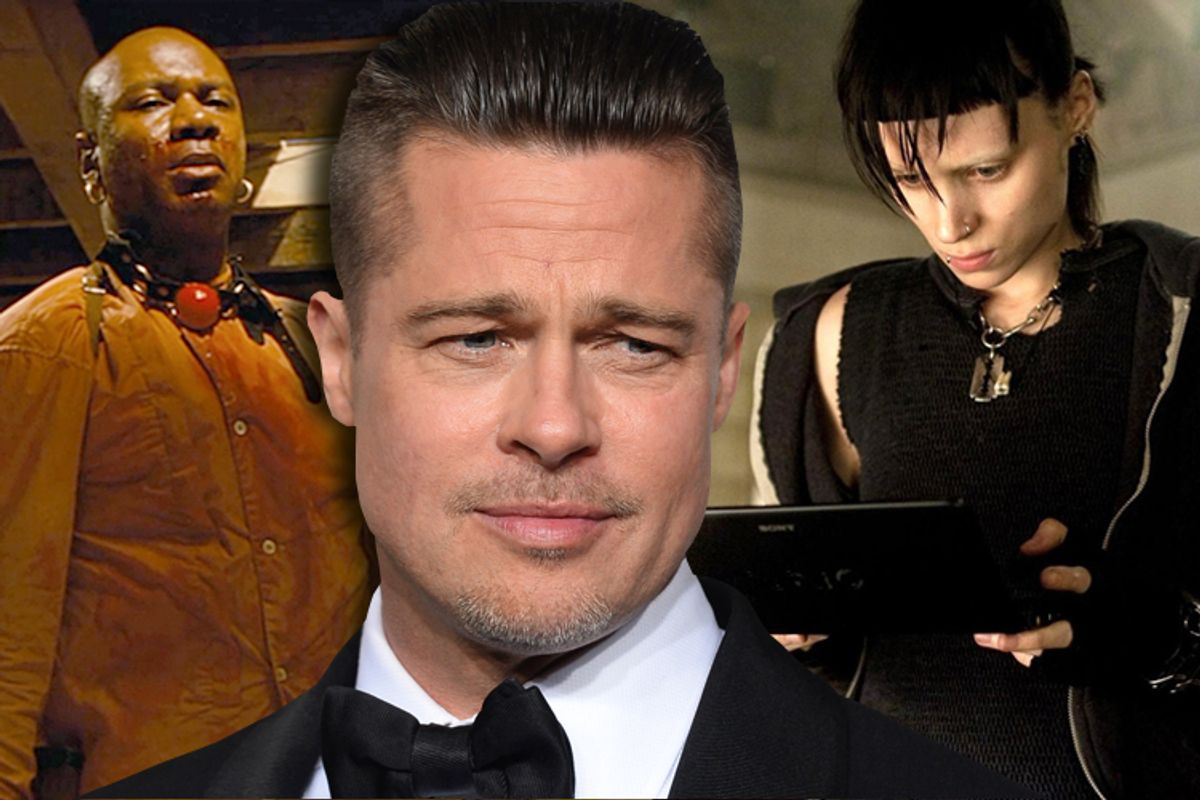 For all that is said about rape on television — it’s gratuitous, it’s unnecessary — we can at least agree that rape on television exists. Sure, TV features plenty of rape scenes used as mere plot devices: Anna Bates is raped on "Downton Abbey" (which builds tension in an otherwise happy marriage), Mellie Grant is raped by her father-in-law on "Scandal" (which shows she’s not just power hungry, but that she’s wounded). There are as many rape narratives on TV, though, that depict the real complexity of sexual violence and shape a character’s worldview: take Adam on "Girls" not getting enthusiastic consent from girlfriend Natalia, or Joan Holloway on "Mad Men" getting raped by her soon-to-be husband, or Elisabeth Moss’ detective on "Top of the Lake" who, as a teen, drove off with a group of neighborhood guys and then was gang-raped by them.

But in Hollywood, for at least the past 20 years, the rapist has become just as tropey a figure as a princess in despair. There was "Irreversible" (2002), in which the victim is raped by a pimp in a hallway. There was "Pulp Fiction" (1994) where a hulky mob boss is raped by a stranger. In "Bad Lieutenant" (1992), a degenerate cop masturbates in front of teenagers. In "The Girl With the Dragon Tattoo" from 2011, Lisbeth Salander was tied to a bed and raped by her corrupt, court-appointed guardian, who might as well have walked around with a red, flashing “DEVIL” sign on his head. Even in the female superhero movie "Divergent," when Shailene Woodley’s character uses strong words to resist an attempted rape by her friend, she fights him off with a serious kick to the body. While this scene is powerful, it’s still a fantasy sequence of sorts — far from a real scenario. And now news has broken that Brad Pitt’s upcoming movie on the Steubenville rape case will focus not on the rape plot itself but rather on the role of the hacker Anonymous in launching the story into the media spotlight. It’s hardly a surprising angle in light of the general cultural obsession with the world of hackers and tech. But it’s still disappointing because the Steubenville story had the potential to break so much new ground in movie representations of rape.

The message from Hollywood is clear: Rapists are shadowy strangers, pimps, criminals. And yes, rape can actually happen in these ways, with narratives that are brutal and horrific. But these story lines are more myth making than a real exploration of sexual assault. Rape is often far more confusing, which is why 60 percent of victims don’t report it and which is why two-thirds of victims are raped by someone they know. It’s also why victims hear “You know you want it,” or “You’re a tease” or “We’ve gone too far” or, in my case, with the person I lost my virginity to, “It’ll be quick.” It’s also why one of the Steubenville witnesses testified that he didn't know the victim was being raped. He said: “It wasn’t violent ... I thought [rape] was forcing yourself on someone.” (Which makes it even more surprising that RAINN, the country’s largest anti-sexual-violence organization, recently advised a White House task force to steer away from talk of rape culture.)

But there’s one place on the big screen where rape narratives are represented accurately, and it’s a fairly surprising one: the world of indie shock films. There was last year’s "Nymphomaniac: Vol. I," where the female protagonist, Joe, pressures a man on a train into a blow job even after he says, "No, please." And even that scene, as Nerve’s Christopher Zeischegg explains, "I couldn't imagine a scenario in which oral sex from a young woman might be a moral affront to a heterosexual man … if no really means no, and we apply the same standards to both men and women, then the blow job was rape. Otherwise, we assume the passenger wanted it all along, which is basically victim-blaming."  There’s Harmony Korine’s "Kids" — in which a teenage Chloe Sevingy is raped by a friend while she’s passed out, with the pathetic irony that her character had been recently diagnosed with HIV — and more recently "Spring Breakers," which for all its queasy exploitativeness was still a powerful look at the gray areas of rape culture.

You’d have to go way back in cinematic time to look at the few exceptions. Take 1977’s "Saturday Night Fever," in which Annette, the victim, a neighborhood underdog, gets wasted with Tony’s (John Travolta) friends, who rape her in the back seat of the car. The rape is callous and quick, then completely disregarded.. Her attempt to fight the guys off is laughed at. John Travolta does little to help her and when he does, his buddy responds. “What is it? You don’t give a shit about her,” as if that’s the only problem at hand. In the end of the scene, Tony victim-blames Annette. “Are you proud of yourself now?” he says, as she whimpers in the back seat.

In another famous movie, a girl gets drunk, passes out, and then is driven off by a boy who is given permission to “have fun” with her any way he pleases. The scenario might sound like a Steubenville, or Maryville, Mo., time machine, but it’s actually one of the plotlines in "16 Candles." The sensitive, yet husky love muffin, Jake Ryan, who prefers uber-adorable Molly Ringwald over hot prom queen Caroline, dumps said inebriated prom queen with “The Geek” Anthony Michael Hall. Says our romantic hero: “I got Caroline in my bedroom right now, passed out cold. I could violate her 10 different ways if I wanted to.” We all laugh, we all understand, we even force our 13-year-old cousins to watch this movie because Jake Ryan! Without intending to, John Hughes documented rape culture as we know it, long before rape culture had a name. This behavior — to “give” another dude your passed-out girlfriend — was perfectly acceptable, and in many ways still is. After all these years, it’s frustrating that Hollywood still can’t address the theme of rape in a way that doesn’t feel sensational or cartoonish. Lack of material certainly isn’t to blame. Scriptwriters merely need to tear a page from our most current headlines — or take a hint from television — for all the inspiration they need.