D&D has always appealed to introverts with rich inner lives. For my boy, it was a lifeline to the outside world 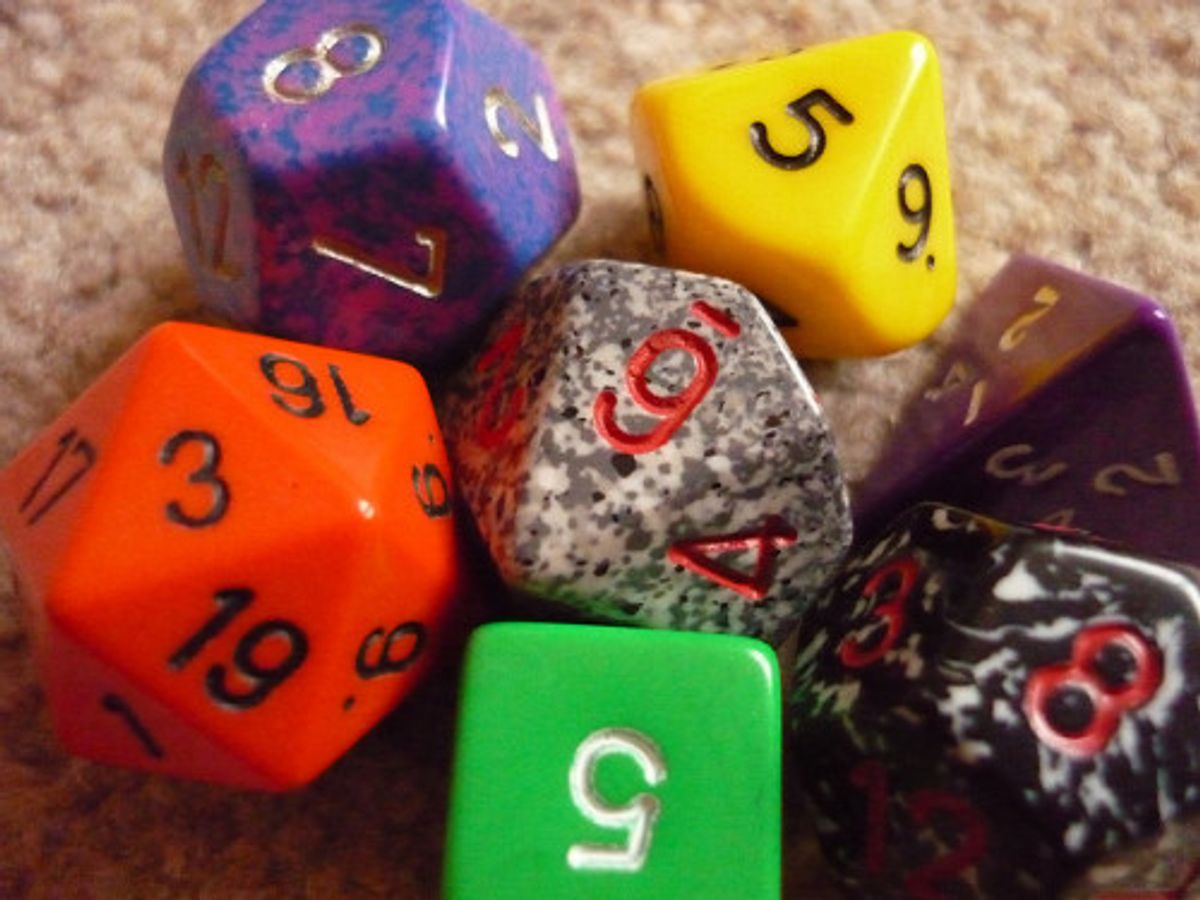 It’s a Saturday afternoon, and I’m sitting at my kitchen table surrounded by crumpled chip bags, half-empty bottles of soda and dog-eared papers. At the table with me are Shane*, a plump 14-year-old with thick, dark hair; Benjamin*, 15 and all elbows and shins; and Storm, my 14-year-old son, his shaggy brown hair nearly covering his eyes.

Shane grabs a 20-sided die from the table and shakes it in his hand. “I’m going to try to shoot a grappling hook over the edge,” he explains.

“How much rope is attached to the hook?” I ask. As the Dungeon Master, or DM, I’m in charge of creating the world the characters inhabit, so consistency and veracity are important.

Shane checks his character sheet, the list of all his character’s skills and equipment, and discovers he doesn’t have enough rope to climb out of the pit trap their characters have fallen into.

Across the table, Storm is fidgeting impatiently, chewing his finger and bouncing his leg like a sewing machine. I can tell by the almost pained look on his face that he has an idea, but he knows he has to wait his turn before blurting it out. And that little thing – him listening to his fellow players, coming up with a plan, and waiting his turn to explain it – makes me smile. A few months ago, when we first started playing, he would not have done any of those things. Storm, you see, has Pervasive Developmental Delay, an Autism Spectrum disorder similar to Asperger’s.

Storm wasn’t diagnosed as PDD until he was in the seventh grade, which made his early childhood confusing and challenging for him and those around him. He was an affectionate, outgoing little guy, but there were things about him that just “weren’t right.” He didn’t speak until he was almost a year old. When he finally did start talking, he would go on and on about airplanes or Mario Brothers, not making eye contact or listening to others’ responses. Sometimes he would repeat words or phrases over and over again. He just didn’t seem to “get” other people.

But he wanted to. He earnestly tried to make friends, but because of his awkward mannerisms and total lack of non-verbal communication skills, he was usually ostracized or bullied.

So, when I noticed Shane in his yard next door slicing imaginary foes with a wooden sword, it was like a light-bulb went off above my head.

If you’re not familiar with the game, Dungeons and Dragons™, or “D&D,” is a fantasy role-playing game played entirely inside the imagination. Created by Gary Gygax and Dave Arneson in the early ‘70s, it’s based on traditional miniature wargames, with heavy doses of fantasy and mythology mixed in. Players take turns acting to achieve their goals, which can be to find a long-lost artifact, assassinate an evil tyrant, or, in this case, escape from a pit trap. But it’s not just pretending; there are numerous rules governing what can and can’t be done. Every action, no matter how mundane, must follow the rules of both the game and common sense; you can’t draw a sword you don’t have or get a pint of ale without paying (unless you’re willing to outrun or outfight the innkeeper’s brawny son).

Like in real life, players’ success or failure depends on their skills and abilities, along with random chance – the roll of the dice. Working together and thinking creatively increase players’ chances of success – again, like real life.

A complex and time-consuming game, it tends to attract intelligent people with rich inner lives and not much in the way of outer, social lives. In short, nerds. I remember my own awkward junior-high years, and how D&D enabled me to find a small circle of other outsiders to waste my free time with.

When I asked Shane if he would be interested in playing, he enthusiastically agreed. Soon their classmate Benjamin drifted in. At first, Storm was a terrible player: he wouldn’t wait his turn, he’d ignore what other players were trying to do and forge ahead with his own reckless plan. Needless to say, that usually ended in failure: the bloody and/or fiery death of his character, followed by a verbal smack-down from his compatriots. Yet, unlike in real life, when he messed up, he could simply roll up a new character and start fresh. Shane and Benjamin would return the following week, so Storm got plenty of chances to see the pattern, learn the rules, and become a better player.

Finally, it’s Storm’s turn. “What about all that stuff in the chest?” he asks. The chest – the “bait” that lured them into the trap – is full of worthless items: old clothes, shoes and belts. “Couldn’t we loop a few of those belts together to make up the last few feet?”

Using Benjamin’s character’s superior archery skills, Shane’s character’s rope and grappling hook, and the belts Storm’s character suggested, they are able to escape from the pit unharmed. The guys congratulate Storm on his great thinking; he’s high-fived all around.

Once they’re out of the trap, I give out experience points and mark the place where we’ll return next week. The three boys flop into chairs and sprawl across the living room, passing time until Benjamin’s mom shows up. They talk about movies, video games, classes they hate – typical teenager stuff. I see Storm using his D&D skills as he listens to his friends discuss the topic at hand, waits his turn, then offers his own opinions and observations.

That was almost ten years ago. Today, Storm is an independent young man living on his own. He’s still close friends with Benjamin and Shane, and through D&D, has made several new friends. When I ask him if he thinks D&D helped him, he says it did. “It helped me make friends and socialize,” he says, because it was a “common point” they all had to get together every week. He explains that to him, the multi-player nature of the game translates into real-world skills because “all the variables are human. You’re anticipating what the other side’s going to do.” Communicating, he says, is the key; it’s also the one skill that people with Autism struggle with the most.

So, rather than isolating its fans in their parents’ basements, as its detractors claim, this highly-structured fantasy world – one that requires creative thinking and teamwork to conquer – might be one of the best socialization tools Autistic kids can have.