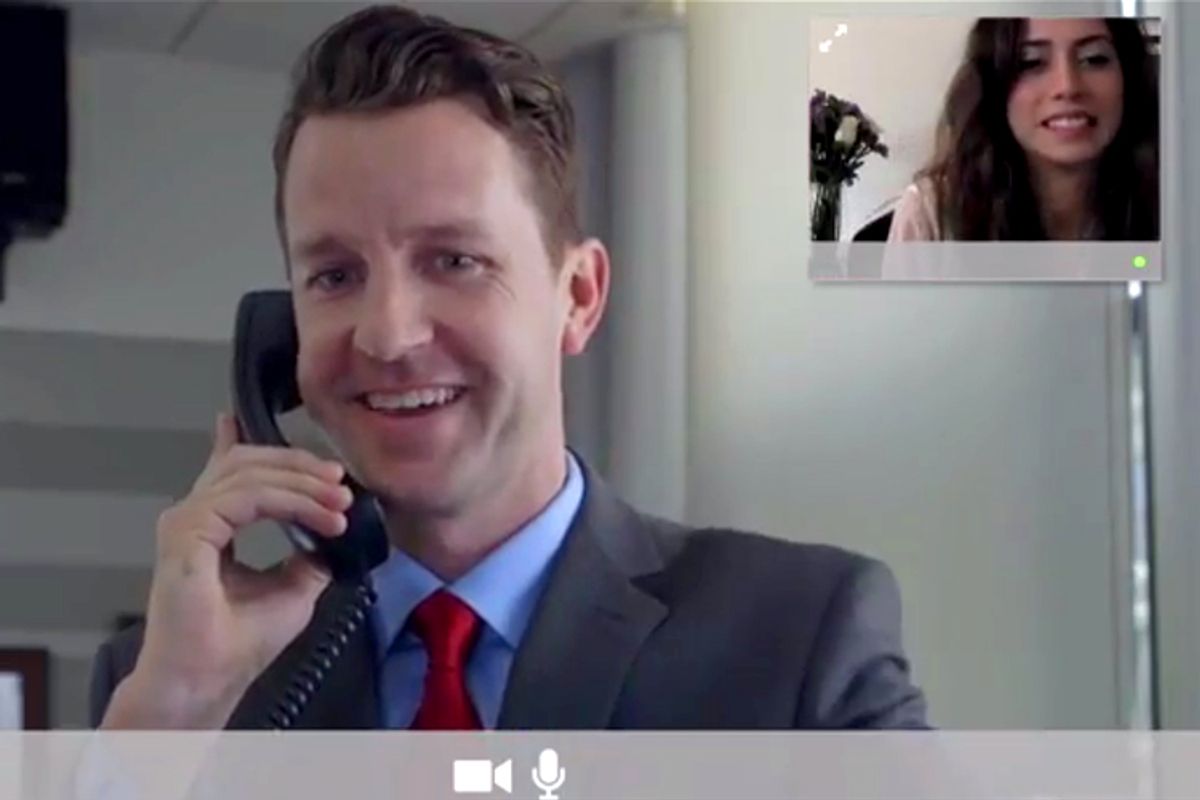 When Boston agency Mullen posted a listing for what sounded like the world's worst job, 24 intrepid job seekers stepped up and applied. The full-time, "24/7 on call and pro bono/unpaid" director of operations job included truly hideous requirements like: "Able to work 135+ hours a week," "Willing to forgo any breaks," "Able to lift up to 75 lbs. on a regular basis" and "Able to manage a minimum of 10-15 projects at one time." For all its grueling demands, though, the listing did promise "infinite opportunities for personal growth and rewards" and "a lifetime of purpose and meaningful connection." Shockingly, the job wasn't in publishing. And if you can't see where this is going already, you just haven't been exposed to enough online crybait. The job is motherhood.

The spot, for American Greetings' CardStore, features the intrepid applicants interviewing via webcam for the position. Reminder: These are real people who need a job and were willing to answer an ad for something that sounds like slavery. Warms your heart, eh? The prospective hires register shock while the interviewer describes a gig in which you can only eat lunch after "the associate" and may be required to stay up all night. "If you had a life," he says, "we'd kinda ask you to give that life up." "That's inhumane," says one woman, while another describes it as "insane." But when they learn that the job that's been described to them is that of mother, they gratefully express their appreciation, tearfully declaring, "My mom is awesome, just awesome." Punch line -- so give her a Mother's Day card, wouldya? Since debuting Monday, the clip has been viewed over a million times.

Yeah, thanks for the props, but I have to say, I haven't rolled my eyes this hard since Dove's latest "Ladies are so gullible they think a patch can give them self-esteem!" bit. Let me break it to you gently, everybody. I don't have the "World's Toughest Job." Aside from the fact that I harbor no illusions that what I do in raising my children is more difficult than, say, defusing IEDs or putting out oil fires or finding cures for cancer or being a sweatshop factory worker, I also don't consider motherhood my job. I have a career, one that's satisfying and challenging and for which I get paid. But being a mother isn't a job any more than being a spouse or a daughter or a friend or, let's not fail to mention here, a father is. Oh, it's work, make no mistake, physically and emotionally demanding work. Work that many of us chose and love. But it isn't a job and it sure as hell isn't on a higher moral plane than many other forms of work.

Yet the "world's greatest/hardest" routine is a common heart-tugging trope. During the 2012 Olympics, P&G ran a similarly themed campaign, though at least it tried the somewhat more upbeat message that "The hardest job in the world is the best job in the world." But wrapped up in this seemingly tear-jerking message of appreciation are a lot of thoroughly messed-up ideas. Saying that motherhood is the "world's toughest job" asserts that what mothers do is basically thankless and that they "kinda give life up" to do it. But wait! It's also the most important and wonderful thing a woman can do. It's terrible! It's "inhumane"! But also noble!

The fact that I have had and am raising children is not a résumé item. It's not something I "gave up" my life for. It's sure as hell not a competitive act, one in which I somehow get to beat out every person who isn't female or doesn’t have kids for best and most. And I don't appreciate messages that seem to build women up while essentially telling them that nothing they can achieve in life matters more than having babies. You want to thank women, want to show women they have value? Close the wage gap. Challenge the insidious rape culture that exists in the military and in our colleges. Join the fight for our reproductive rights, so we can decide when and if we choose motherhood, safely. Don't pat us on the head and minimize our contributions outside of the domestic sphere. You think motherhood is thankless, hard work? So is feminism. How about you celebrate that?