Researchers discover another massive hole in the atmosphere 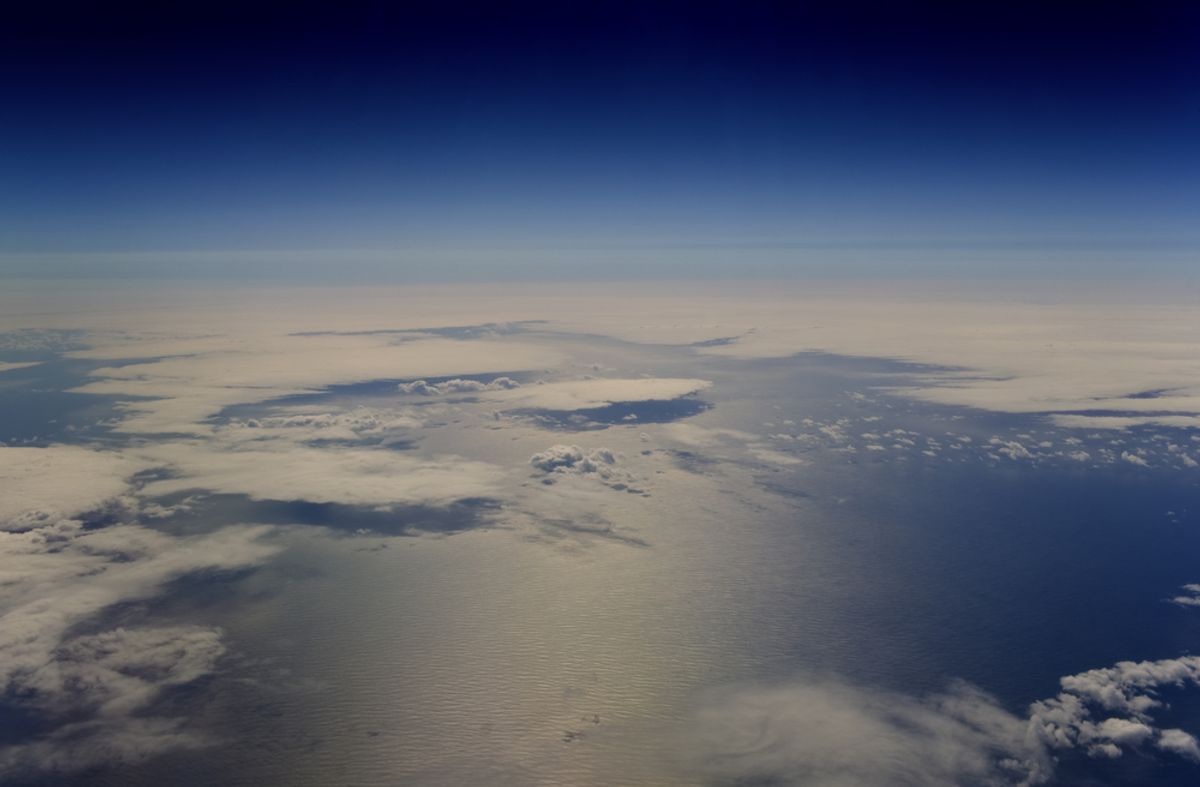 Turns out, the enormous ozone hole hanging out above the South Pole isn't the only atmospheric void we need to worry about. It recently came to researchers' attention that there's another hole in the atmosphere, nine miles high and extending for thousands of miles over the western tropical Pacific Ocean. What's missing? The OH or "detergent layer," which normally works to filter pollutants before they can reach the stratosphere.

This one happens to be naturally occurring, but Climate Central explains why it could nonetheless complicate things:

This newfound hole occurs naturally over thousands of kilometers in one of the most remote places on the planet (which accounts for its having gone unnoticed until now) and one of the main spots where air is sent up to the stratosphere. The stratosphere is the layer of Earth's atmosphere above the troposphere, the layer where humans live and in which most weather occurs. Having air shooting up to this layer without first being “washed” of all the junk that humans and nature put into the atmosphere has uncertain implications for the health of the planet’s protective ozone layer and its overall climate.

It's uncertain, because researchers only just discovered this hole was there -- now, as Wired explains, the need to work through its implications:

The discovery of the hole has already helped solve a discrepancy in our understanding of the atmosphere. Measurements of ozone depletion have long been known to be more than they should from our theoretical models. When researchers put an OH hole into their simulations, the theoretical ozone depletion much more closely matched real-world data.

The OH hole also lets through chemicals such as sulfur dioxide, a byproduct of industrial processes that is coming out in large quantities from economically developing nations in Southeast Asia, near the hole. Sulfur dioxide reflects sunlight, opposing the effect of heat-trapping greenhouse gases like CO2. While this sounds like it might be a good thing and actually help with climate change, scientists don’t think so. There is still a great deal to be known about our dynamic and ever-changing atmosphere and exactly how increased levels of sulfur dioxide will affect things remains an open question.