The Google Glass Day of Judgment

For a day, anyone could buy Glass. But why would anyone want to? We've got bigger issues 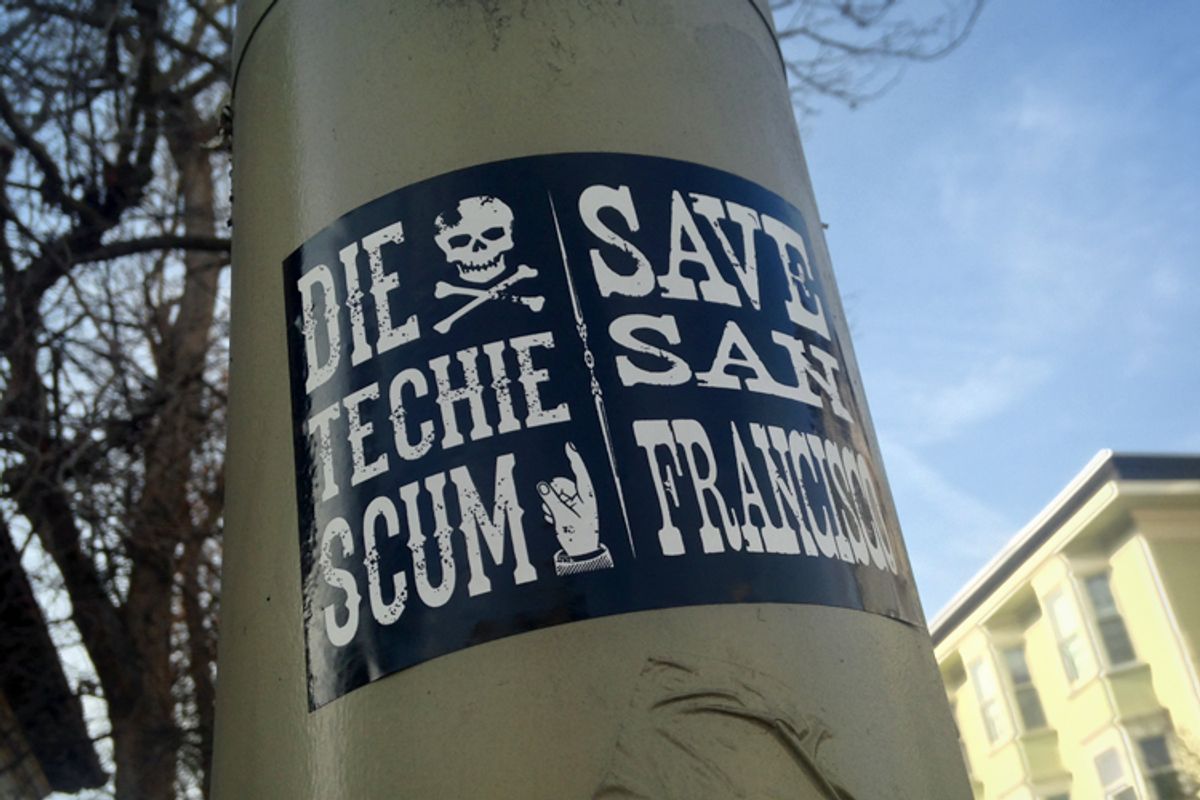 I can't be the only one who was perplexed at the news that Google would open up its Google Glass headgear for sale to the general public for one day only on April 15. Here in the San Francisco Bay Area, Glass has a huge P.R. problem. Glass is a walking contradiction: A status symbol that many people (the majority?) consider fundamentally uncool. And for both good reasons and bad, Glass has become the symbolic silicon-embodiment of tech-economy-driven gentrification. In a politically charged environment, choosing to wear Google Glass is equivalent to choosing sides.

Which makes the story of Business Insider reporter Kyle Russell all the more drenched in irony. Russell was in San Francisco's Mission District last Friday covering a protest against evictions that centered on a Google lawyer. To walk around wearing Google Glass at gentrification's ground zero after a day of protest is a rookie mistake.

This is not to excuse the act of assaulting him. An unfortunate fallout from the vigor of Bay Area protest activism is how it occasionally offers cover to juvenile anarchist nihilism. Grabbing Glass from someone's face is simply another way to scream, "Die techie scum." It won't change anything substantive, except to educate people that the intersection of 16th and Mission is not the best place to flaunt $1,500 pieces of wearable technology on your face.

Russell certainly seems to have treated the incident as a learning experience. His personal account of what happened expresses considerably more appreciation for the current economic dislocations working their way through the Mission than anything we could have expected to hear six months or a year ago from someone in a similar situation.

That's encouraging. It's a sign that the entire Bay Area, techie and non-techie alike, is collectively having a learning experience. It might even offer a hint of proof that there are enough people in the region with intelligence and liberal values both within and outside the tech sector to wrestle effectively with the deep roots of the current crisis.

A first step: everyone who is interested in the issue of gentrification and technology should be required to read Kim-Mai Cutler's magisterial dissection of the roots of San Francisco's housing crisis, published on Tuesday by TechCrunch. I have no doubt that activists and "stakeholders" of all stripes will find things to quibble with in Cutler's piece, but taken as a whole, it is the most comprehensive discussion of how we got to where we are now that I've seen.

It doesn't lend itself to easy summary, for the simple reason that San Francisco's housing crisis is not an easy problem to explain. It's messy and intractable and far predates the current tech boom. A full accounting will not fit on a protest sign. Nor can it be fixed by grabbing someone's Google Glass. At the same time, there is no question at all that the protests and demonstrations that have captured so much media attention over the past six months have productively focused our collective concentration on what's happening. TechCrunch, of all places, would not be publishing massive investigations into the housing crisis were it not for the anathema hurled at Google buses.

Go read Kyle Russell's rumination on his assault and Kim-Mai Cutler's treatise on the roots of the housing crisis. Then see if you agree with me: We're beginning to face up to the enormousness of our challenges.