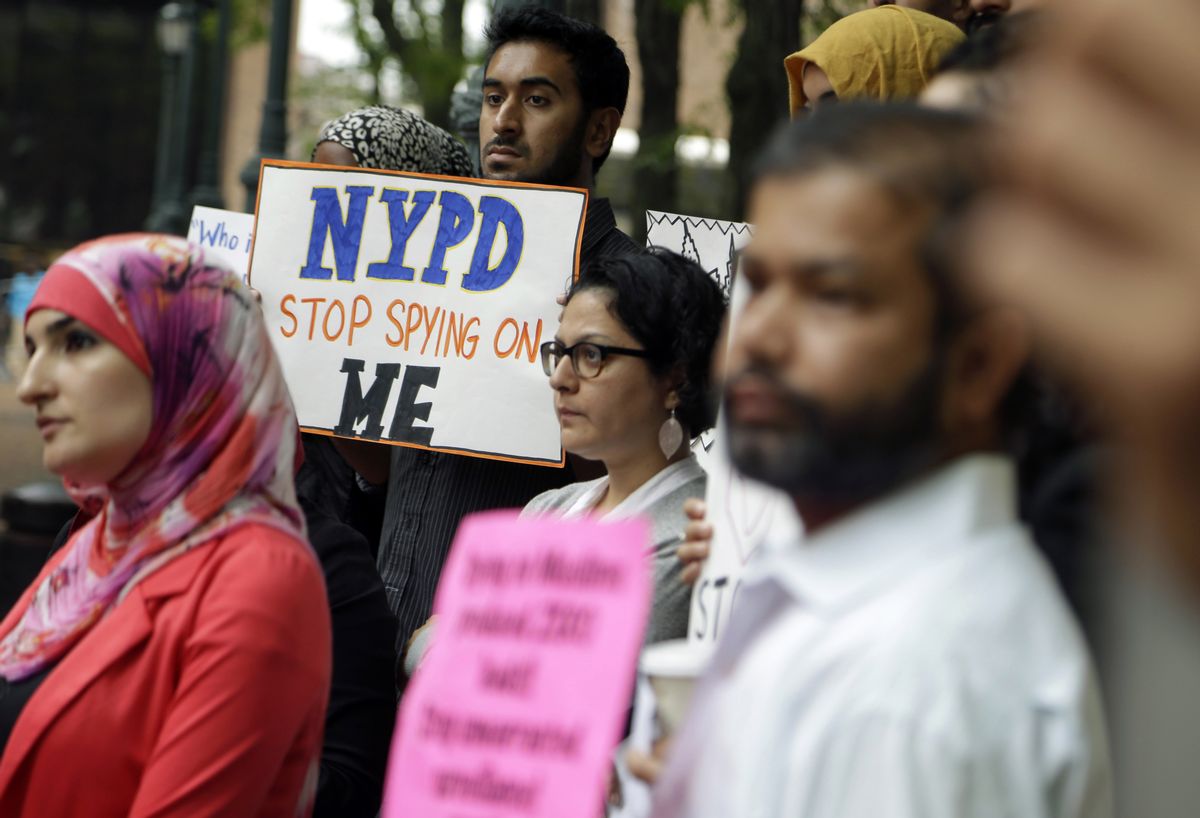 FILE - In this Aug. 28, 2014, file photo, a group of people hold signs protesting the New York Police Departments program of infiltrating and informing on Muslim communities during a rally near police headquarters in New York. On Tuesday, April 15, 2014, the NYPD confirmed it disbanded the special intelligence unit that monitored Muslim communities in New York and New Jersey. (AP Photo/Seth Wenig, File) (AP)
--

The military repels an attack at a small airport in the first clash between government forces and pro-Russian protesters in the east.

The anti-terror force, first detailed in a series of stories by the AP, stirred debate over whether police were engaged in illegal profiling.

Vice President Biden, among the day's speakers, says: "America will never, ever, ever stand down. ... We own the finish line."

4. WHY YOU PROBABLY WON'T BE AUDITED

Last year, the IRS audited less than 1 percent of all returns filed by individuals.

The world body is set to release a report saying that Tehran's ability to make a nuclear bomb has been greatly reduced.

Democrats, at least for now, seem to have a roughly 3-to-1 advantage over Republicans in cash raised and banked through independent groups.

7. WHO'S ADVOCATING FOR TRIED-AND-TRUE MEDICAL TEST

Islamic extremists have been abducting young women in the region to use as cooks and sex slaves.

9. HOW SLAIN PHOTOGRAPHER IS BEING HONORED

A media group says an award funded with a $1 million gift from a private foundation will be given each year to a female photojournalist in honor of the AP's Anja Niedringhaus, who died this month in an attack in Afghanistan.