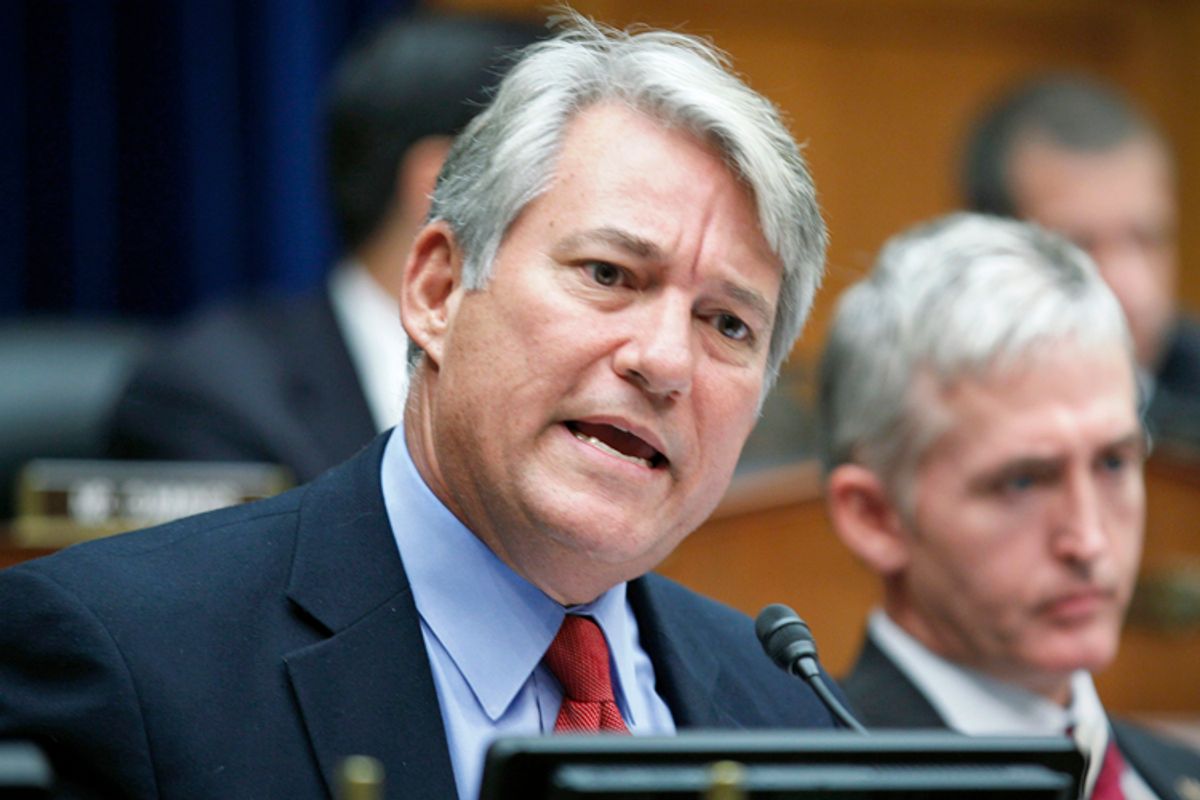 During a recent town hall event, Republican Rep. Dennis Ross was asked by a constituent whether he'd support raising the federal minimum wage. He said he would not. His reason? Because to do so would be "not right."

"I'm not suggesting that we do away with the minimum wage, that's not it at all," Ross assured the questioner, Arby's employee Shaneeka Rainer.

Before Rainer had a chance to answer Ross, however, another member of the audience chimed in and answered the Republican's rhetorical question: "I will," the audience member said. "I’ll pay 20 cents extra for a hamburger."

"I’m going to work every day busting my butt," he said. "I want to know, would you take a walk in my shoes? Lay your tie and your suit down, just for a day, 24 hours, and take a walk in my shoes? The people that I work with, we’re keeping the economy floating and going in the cycle. But the people that hire, they’re just paying money, just throwing money. But I’m actually working every day. So why wouldn’t you support it?"

Unmoved by Rainer's persistence, Ross answered that he still wouldn't support a minimum wage hike. "Because it’s not right," he answered.

"Economically, it’s not right. It does more harm to our economy," he repeated. Ross then offered a more ideological explanation for his opposition. "If the government’s going to tell me how much I can get paid and when I can work and when I can’t work," he said, "then we have a serious problem in this country."

How Ross' belief that it would be wrong to allow the government to "tell [him] how much [he] can get paid" can be squared with his earlier comment that he did not want to abolish the minimum wage entirely, he did not say.

You can watch the back-and-forth below, via ThinkProgress: