Another attempt to socially network books has bitten the dust. Maybe readers just want to be alone 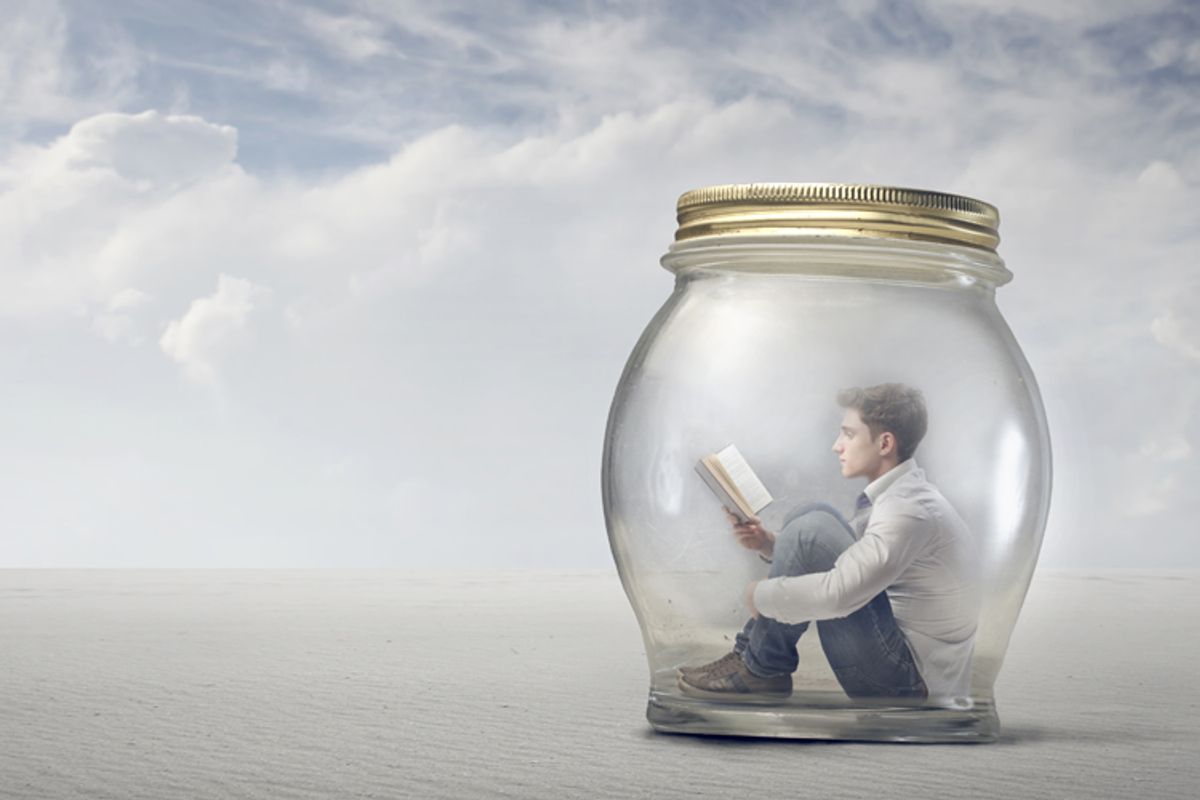 My parents had a mixed marriage. I'm referring not to their religious upbringings (Catholic and Episcopalian) but to their attitudes toward reading in company. My father thought two or more people sitting in a room, each one reading, could be a highly congenial arrangement. My mother regarded poking your nose in a book when you could be talking to another person as an offense against society and all that was decent; she could not allow it to stand. Later, when I starting dating a man whose own mother picked up a book and happily joined the two of us as we sat reading in her living room, I felt a bit like Harry Potter arriving at Hogwarts for the first time.

Reading is a private activity, even as it allows us to commune with the mind and imagination of an author we will probably never meet. Yet because reading a great book can be so overwhelmingly gratifying and transformative, many of us yearn to share the experience with the people we care about. That's why we join book groups and pester our friends to read our favorites. I once heard of two men, both obsessed with a popular novel series, who check into a hotel whenever a new title in the series is released so that together they can read the whole thing in one fell swoop and talk about it afterward -- all without aggravating their wives.

When e-books and tablet computers first came along, they brought with them the prospect of being able to share and discuss responses to a book with a friend while you were actually reading it, in the form of highlights and annotations that appear right on the digital page. You can set your Kindle to show you which passages other readers have highlighted, for example. Too often, however, those readers' choices -- almost always lines that do double duty as inspirational mottos -- are tedious. I don't care what some random stranger thinks is the takeaway from, say, Sarah Waters' "The Little Stranger." I have, however, long harbored fantasies of using a shared reading app with one (or more) of my actual friends.

Most e-reader apps allow you to post the title of whatever book you're reading on Facebook, and perhaps a quote from it as well. This is nice enough, but hardly "social" in any meaningful sense. A more ambitious app, Subtext, launched several years ago, promising a way for, say, book club members to share marginalia among the members of their group. Subtext debuted with some new books that had been annotated by their own authors; one was "The Magician King" by Lev Grossman, a friend whose tastes jibe well with my own. I posted a few responses to his annotations in Subtext, but he never noticed, having quite understandably moved on to writing the next novel in his "Magicians" trilogy. I suspect the last thing any author cares to look at are the off-the-cuff scribblings people have made on his work, and besides: What I wanted to discuss with Lev was other people's books.

Subtext soon recast itself as an educational app for K-12 classrooms, leaving the field to the other major shared-reading alternative, Readmill. An elegantly designed app, Readmill allowed members to follow each other's highlights and notes in the same way you can subscribe to the posts of a Tumblr. I persuaded my friend Liz, another novelist and critic whose opinions I value, that we should read Edward St. Aubyn's Patrick Melrose novels together on Readmill. I couldn't get to the first book right away -- my job involves heaps of assigned reading -- and by the time I started it, she'd already torn through the entire series of five novels. "I couldn't help myself," she confessed. Having finally gotten around to reading the books myself, I can't say I blame her.

Finally, my Salon colleague Daniel D'Addario and I agreed we'd read and annotate the new Evie Wyld novel, "All the Birds, Singing," on Readmill, then collaborate on a story about the experience. There were some legitimate delays to starting our project (jury duty, freelance assignments) and there was, I confess, some dawdling. Wyld's novel opens with a scene of a disemboweled sheep, and I seldom felt up to soldiering through it during my designated window of recreational reading time, late at night with my iPad propped up against a pillow.

Then, a couple of weeks ago, Readmill announced that it had been bought by Dropbox and would soon be closed. "Many challenges in the world of ebooks remain unsolved," its former owners announced on Readmill's website, "and we failed to create a sustainable platform for reading." If there's a comparable e-reader app that permits its users to share on-the-page annotations with a select group of friends, I've yet to find it.

All of which prompts a question: Is my dream of a collaborative reading experience merely that, a dream? On the many occasions when I tried to set up a shared Subtext or Readmill reading with a friend, we always ran into endless snags, from an inability to settle on a book we both found appetizing to scheduling and pacing incompatibilities like the ones I had with Liz. Apparently, and despite the ongoing popularity of book groups, we weren't alone in being flummoxed by the logistics of reading the same book together. After all, if there were a robust demand for a complexly shared reading app, wouldn't Subtext and Readmill have found more users?

I suspect that, despite our pervasively socially networked culture, willful idiosyncrasy remains the very essence of reading. A book, and especially a novel, is a world you can enter at a time of your own choosing, and the world itself can be chosen from a seemingly infinite array of alternatives to suit whichever mood has taken you. That's one of the things we love about reading. A reader's imaginative freedom is absolute. My mother was not wrong in recognizing my childhood book binges as a retreat into a mental sanctuary whose doors were closed in her face. It turns out that even when we want to let other people in, there may not be enough room. I still love to share a sofa with a reading friend, but maybe, like planets circling each other in orbit, that's as close as we need to get.