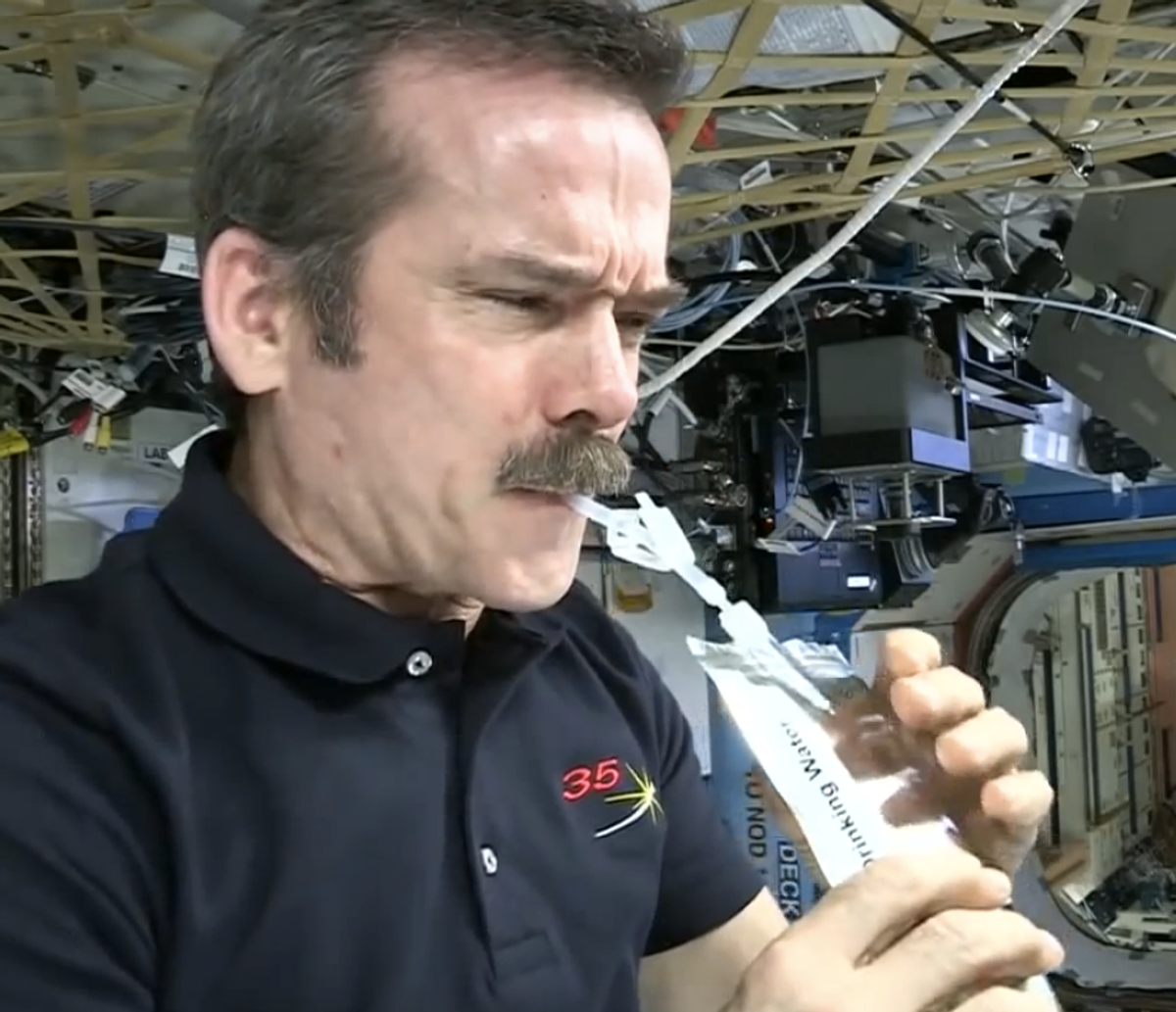 The average person urinates seven times per day, and it is hard not to think of the bodily fluid as waste. But to scientists at NASA and the University of Puerto Rico, one person's pee could be that same person's refreshing glass of water -- and power supply. A newly developed filtration system has the capability of turning urine into water and create electricity with the waste material. The results were published last month in the journal Sustainable Chemistry & Engineering.

The International Space Station (ISS) has been using a similar urine converting system since 2008. Col. Chris Hadfield, who has spent a total of six months in space, demonstrated the process in one of his incredible YouTube videos:

The drawbacks of the current filtration system include its high energy intake and bulk waste produced. (It is also rather glitchy.)

The new system not only filters water, but also takes the leftover waste and uses it to generate energy. According to Science News:

"To pull pure water out of urine, the system uses forward osmosis, which, as the name implies, works in the opposite direction of the reverse osmosis systems found at many kitchen sinks. Forward osmosis uses a concentrated salt or sugar solution to draw the water out of urine. Next, enzymes in a bioreactor convert the leftover urea into ammonia, which feeds into an electrochemical cell that uses the ammonia to generate electricity."

For now the system is just a prototype. Though it reclaims over 90% of the water put into it, the device is still only producing a tiny stream of electricity -- about as much as static electricity on a balloon. “Still,” lead author Eduardo Nicolau told Science News, “our system is a proof of concept, and we are still working to increase the overall efficiency.” The goal if for the device to produce enough electricity to power itself.

Another drawback is one of the devices necessary inputs: oxygen. This means the system would require another oxygen producing device, or back-up oxygen.

Overall the innovative prototype is an important step for both space travel and at home use. Water supply is one of the largest impediments of long-distance space travel. Without urine recycling, 80 to 90 percent of the weight of a spaceship could be water. Rocketing up all that weight costs an exorbitant amount: around $10,000 per pound to launch a vessel into orbit. The device could also be used, on Earth, where water is scarce and conservation is key.

There is no word yet about how the recycled urine-water tastes. In theory the water produced by the device is drinkable. However, it has not been tested for pathogens or microbes, so Nicolau and his team have not yet tried it. They promised Science News a photo when they do.