Thousands flock to the concert in Indio, Calif., each year. Why? 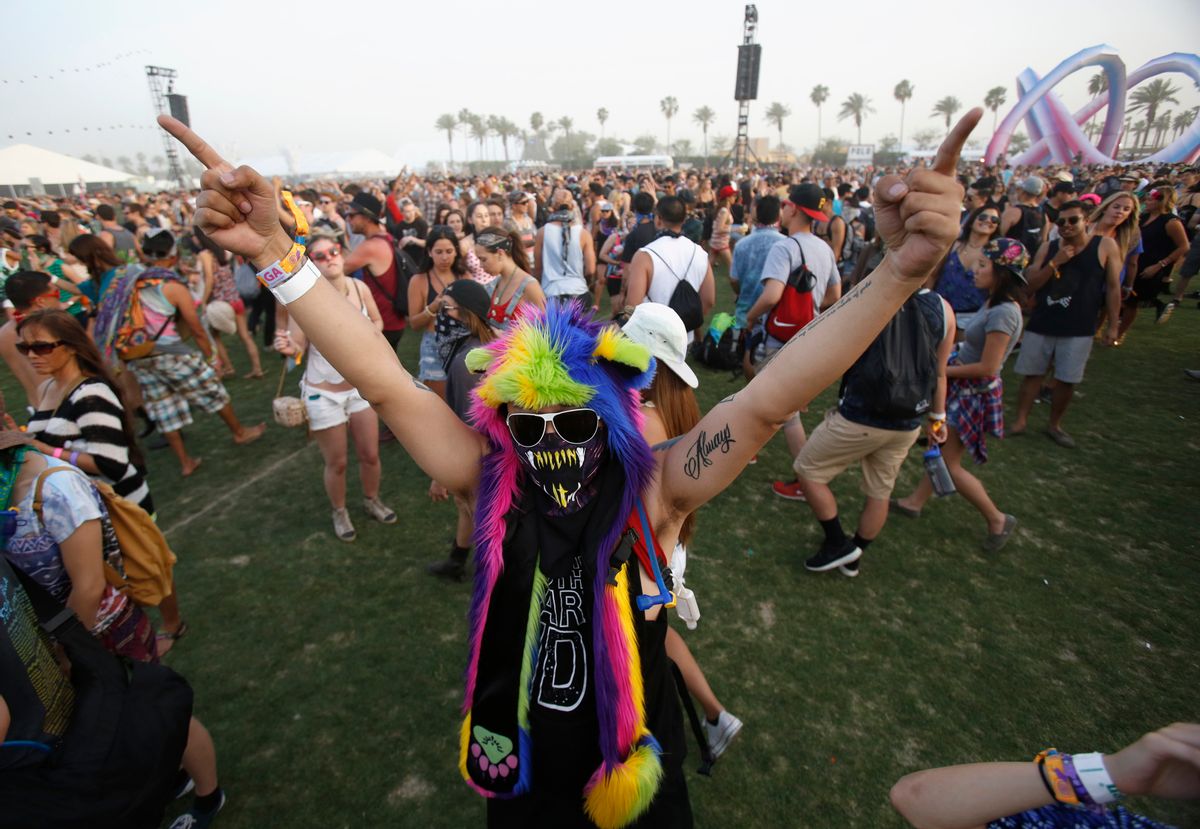 Every year, hordes of young people pay thousands of dollars to participate in Coachella, a place that can easily be summarized by this quote from a seven-time 22-year-old concert veteran: “The number of Coachella virgins increases every year, and, if anything, they’re really into the image aspect.” They crash diet, stock up on netted tank tops and headbands, listen to DJ Tiesto nonstop (probably), and then alight on the Coachella Valley to spend days sweating in a field and waiting in bathroom lines. As Coachella slideshows flood the Internet, it's hard not to feel the nagging suspicion that this may just be the worst place in the world. So here are nine of the many ways Coachella actually looks like a scorched, drunken hellscape: These guys are there: So are these ladies (and gentleman): The ratio of fedoras and Raybans to human heads is unnaturally high:

This is a scene from the festival at night, but possibly during the day, or maybe a picture of someone's soul after a week at Coachella. Hard to tell, really: You’re perpetually unsure whether you are experiencing a drug-induced nightmare, or are simply awake:

It's enough to make someone do crazy things:

This woman lived to tell the tale. Don't go to CoacHELLa: