Michael Lewis is right: Our trading system is broken

"Flash Boys" exposes the perils of high-frequency trading. The time is now for a financial transaction tax 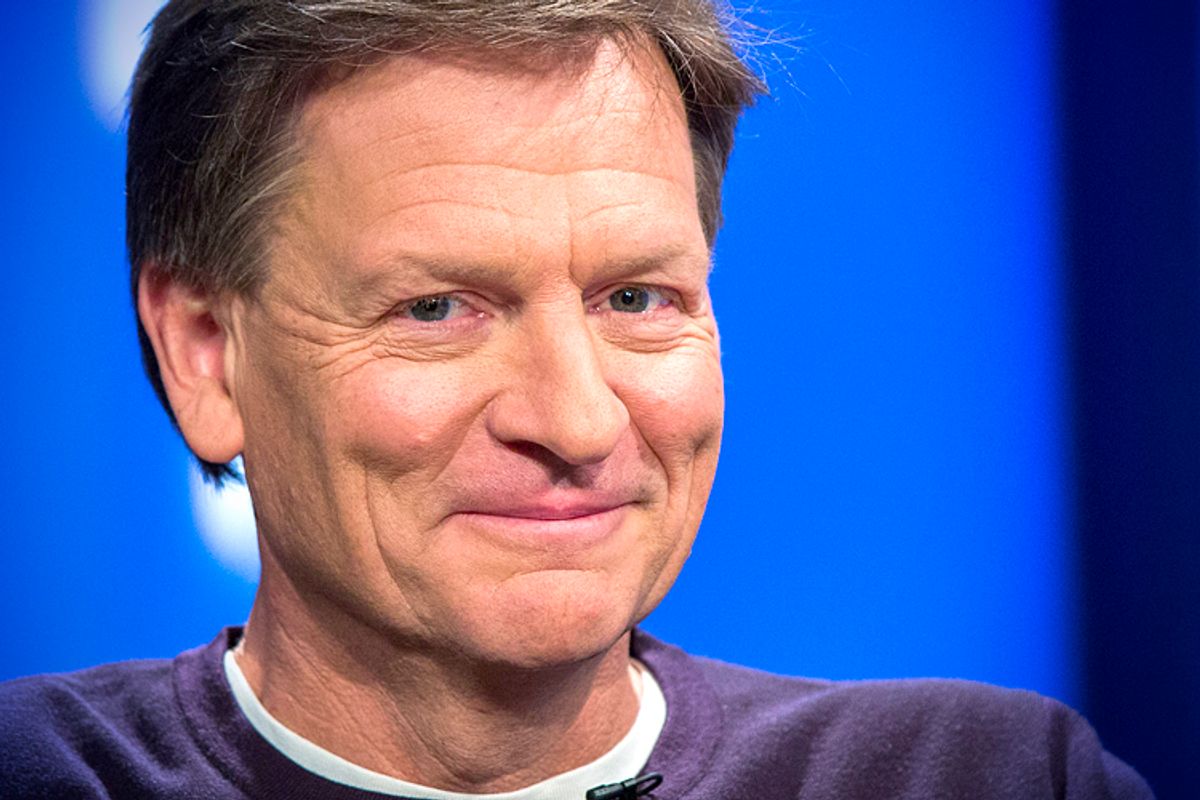 If you read one business book this year, make it "Flash Boys" by Michael Lewis. The journalist famous for "Moneyball" and "The Big Short" takes readers inside the parasitic world of high-frequency trading that is harming the broader economy.

The technical architecture of high-frequency trading is right out of a sci-fi movie: The schemes rely on algorithms that seem artificially intelligent, and the velocity of transaction signals approach light speed. As Lewis recounts, all that technological wizardry is marshaled to let insiders know information before everyone else, which consequently lets those insiders extract wealth from the market.

The good news is that a financial transaction tax can at once raise public resources and disincentivize the most predatory schemes. The even better news is that structural changes in the industry have made such a tax more economically viable than ever.

Before getting to that change, consider the basics of the tax proposal. The idea is that if a tiny fee is slapped on securities transactions -- say, a cent -- the tax will barely affect the average investor but will force high-frequency, high-volume traders to pay a lot. Consequently, those predators might see less of an upside from -- or even abandon -- their market-rigging schemes. And if they don't, then at least the government will generate new resources to enforce laws protecting average investors.

Of course, when this idea gained steam before, it was deflated by those arguing that the tax would prompt stock exchanges to move to jurisdictions that don't impose such a levy. In this tale, the city, state or country that creates a transaction tax won't stop high-frequency trading; it will only hurt itself by driving financial business to another locale.

On its face, it is a powerful argument -- so powerful, in fact, that when Chicago's municipal government recently considered a financial transaction tax, the proposal was quickly dismissed. The Illinois Legislature then gave the Chicago Mercantile Exchange an $85 million tax cut when company executives threatened to move the company out of state.

No doubt, fear of such flight seems logical. Essentially, tax opponents ask us to assume that in the Internet era, stock exchanges -- like many other information-sector enterprises -- are no longer moored to specific geographies because they can supposedly conduct business through any digital conduit.

But that's where the aforementioned structural change has created a flaw in the logic. In a financial world where microseconds are now king, all conduits are not created equal and average Internet velocity is no longer enough. That reality potentially reduces some of the industry's geographic mobility. Why? Because while speculators themselves no longer need to physically be on specific trading room floors, they do need their computers to either be physically near those exchanges' computers or hooked up to them through special ultra-fast conduits. Additionally, the newly computerized exchanges need ever-more massive data centers and conduits to process the accelerating information flow.

All of that technology requires financial firms to make huge investments in lots of immobile digital infrastructure. That means it may now be prohibitively expensive and/or logistically difficult for those financial firms to simply pick up and move. Indeed, just like petroleum companies cannot realistically threaten to leave oil-rich locales if they don't like a tax, parts of the financial world are captive to the locales in which they've built their digital systems.

This is the silver lining of speed-driven finance. Simply put, the federal, state and local governments that host the financial industry have more leverage because, despite threats, they don't have to fear the industry leaving.

The only question, then, is political: Will those governments use this new leverage? Or will they do nothing to protect the average investor?