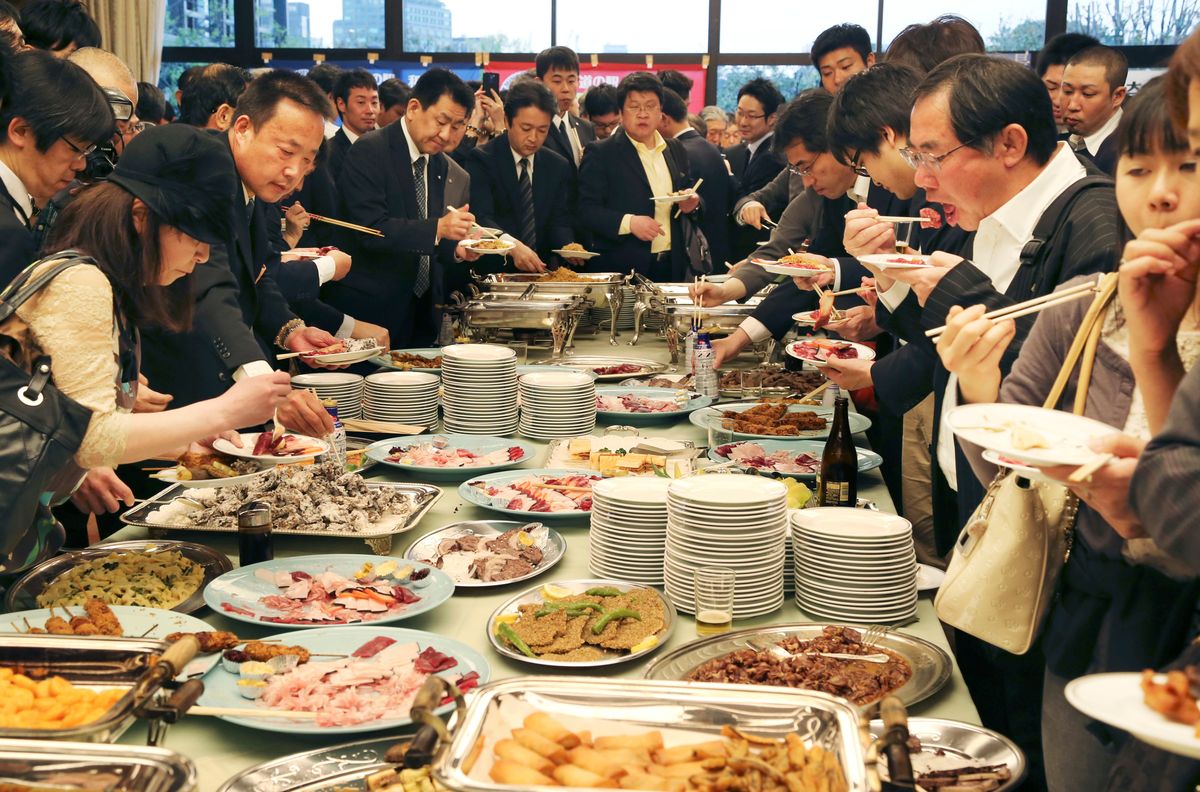 Japan may have called off its annual Antarctic whale hunt in deference to a ruling from the U.N.’s International Court of Justice, but the country's whaling industry has yet to give up the fight.

As a show of defiance, hundreds Japanese officials, politicians and other pro-whaling allies gathered Tuesday for a buffet featuring, what else, whale. According to the Associated Press, the group feasted on "Cutlets, sashimi, steak and other dishes made of whale meat" and shouted a one-word toast: "Whale!"

Meanwhile, Al Jazeera reports, a Japanese parliamentary committee unanimously passed a resolution calling on the government to fully investigate its options, saying that the court's decision was "truly regrettable" but "does not necessarily prevent Japan's whaling, which is a unique tradition and culture." Among Japanese consumers, the AP notes, whale meat has been declining in popularity.

An international moratorium on commercial whaling has been in place since 1987; Japan, until now, has skirted regulations by continuing to hunt the animals under the pretenses of scientific research. The court ruling found that the country's “killing, taking and treating of whales" was "not driven by strictly scientific consideration." Japan has yet to call off two other whaling programs: one along its northern coast and another in the northern Pacific, in which it usually kills about 300 minke whales each year.