Meet Kepler-186f: It is an exo-planet whose Earth-like size and orbit are the right conditions for life 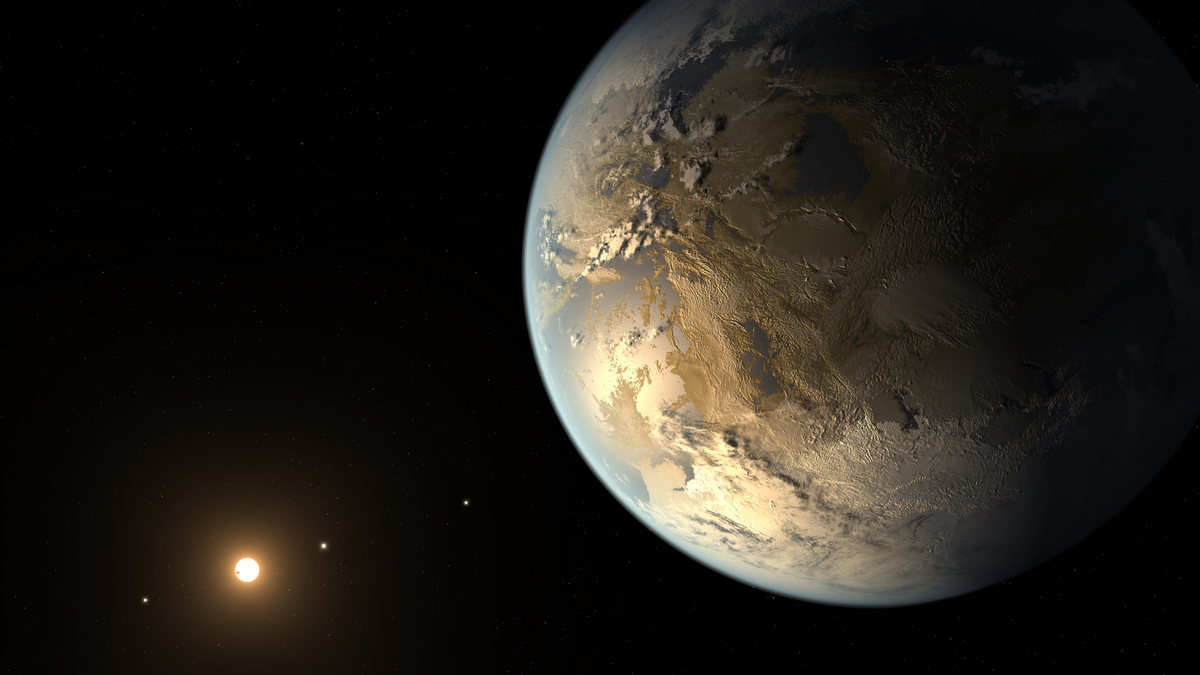 Today NASA announced some very promising news in the hunt for extraterrestrial life. Astronomers using NASA's Kepler Space Telescope discovered the first Earth-size planet whose orbit is located within a "habitable" distance from its sun. The planet is known as Kepler-186f.

As of now, astronomers only know of one planet that is able to sustain life: Earth. "Finding a habitable zone planet comparable to Earth in size is a major step forward," said Elisa Quintana, who is lead author of the study and researcher at SETI Institute at NASA's Ames Research Center. The study was published today in the journal Science.

These two specifications -- distance, and size -- are very significant.

Distance from the star it orbits makes all the difference in how habitable a planet is. Kepler-186f is located in a "habitable zone," which, according to a press release from NASA, refers to "the range of distance from a star where liquid water might pool on the surface of an orbiting planet."

Size is also a key factor in sustaining life. "While planets have previously been found in the habitable zone, they are all at least 40 percent larger in size than Earth and understanding their makeup is challenging," NASA explains. "Kepler-186f is more reminiscent of Earth." And though the mass of the planet is unknown, previous research suggests that it is possibly "rocky."

Kepler-186f is located in the constellation Cygnus, which is around 500 light-years from Earth. It is part of the Kepler-186 system, along with four other planets that orbit a star half the size and mass of our sun. According to NASA:

"Kepler-186f orbits its star once every 130-days and receives one-third the energy from its star that Earth gets from the sun, placing it nearer the outer edge of the habitable zone. On the surface of Kepler-186f, the brightness of its star at high noon is only as bright as our sun appears to us about an hour before sunset."

Researchers are quick to point out that just because it is in a "habitable zone" doesn't mean Kepler-186f can automatically sustain life. "The temperature on the planet is strongly dependent on what kind of atmosphere the planet has," said co-author Thomas Barclay. Barclay, who is a researcher at Bay Area Environmental Research Institute at Ames, called Kepler-186f "an Earth-cousin rather than an Earth-twin."

The next step is to find Earth-twins and measure their chemical composition. Luckily, the Kepler Space Telescope is perfect for this. The telescope is tasked with measuring the brightness of over 150,00 stars, and is NASA's first mission with the ability to detect Earth-size planets around stars.