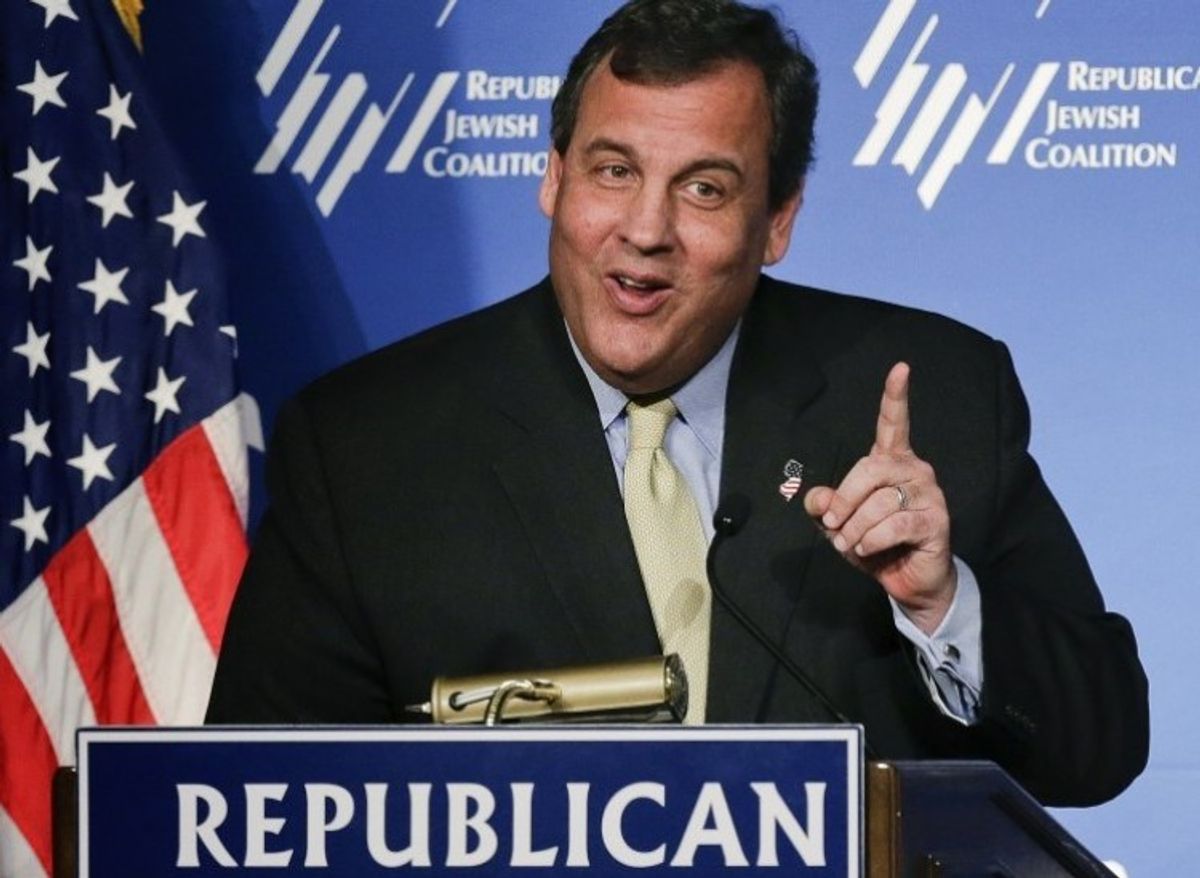 New Jersey Gov. Chris Christie was hoping to award a $300 million pension management contract to Chatham Asset Management, a hedge fund. But there's one potential problem, and it's a pretty big one — doing so might be illegal.

According to a report from David Sirota of PandoDaily, Christie's plan would violate state anti-corruption laws that bar state contractors from financially supporting (directly or indirectly) election campaigns of state officials.

Yet despite these rules, it looks like Chatham Asset Management — a hedge fund whose principal donated $50,000 to a GOP campaign group that helped work on Christie's successful 2013 reelection campaign. A woman sharing the same last name and address as the hedge funder also donated money to the Christie-backing group, Sirota reports.

Responding to the news, watchdog group Public Citizen employee Craig Holman told Sirota the pension plan “appears to be not an indirect violation, but a direct violation of the law.”

More from Sirota at PandoDaily:

New Jersey lawmakers seem to agree [with Holman]. “The optics are clearly horrible and the intent of the law is that this not happen,” said New Jersey Assemblyman John Wisniewski, the co-leader of the New Jersey Legislative Select Committee on Investigation. “There is a violation of the pay to play laws where someone donates funds to the RNC that are later used in New Jersey, and then that person receives a contract – in this case, a management of a large amount of money in return.”

A spokesperson for Chatham Management appeared determined to distance the firm from the proposed (and already widely reported) deal, telling Pando: “Chatham Asset Management is not currently, nor has previously, managed funds for the State of New Jersey.”

Incredibly, they then threatened to sue me, and Pando, if we reported that they had agreed to accept the proposed deal, saying: “Please be advised that if you choose to run a factually incorrect story, we reserve all legal rights we may have against you and your employer.”