Bob Dole isn't sure who Ted Cruz is, doesn't think he should be president 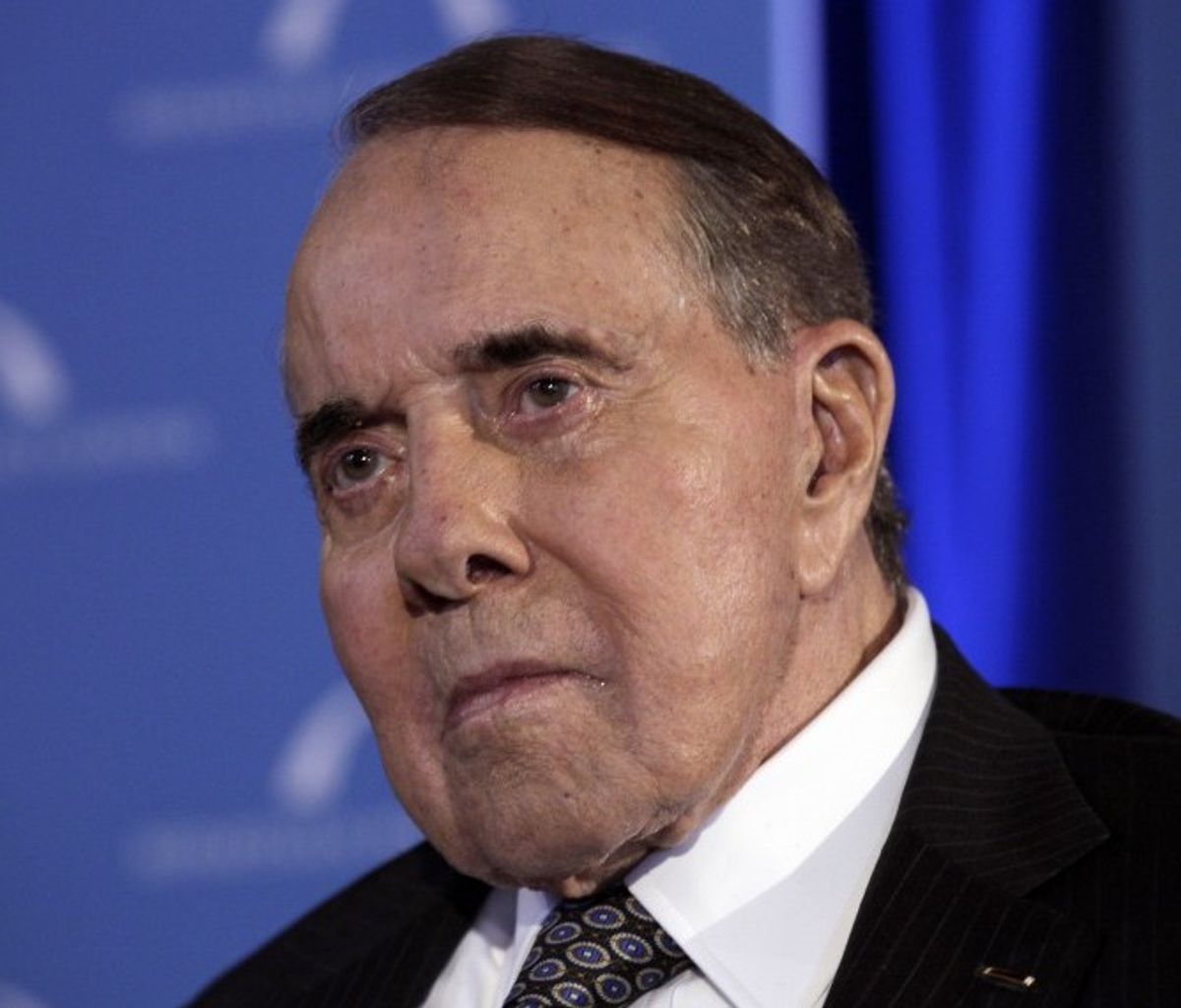 The most hardcore conservatives within the Republican Party have never been too fond of RINOs like Bob Dole, and it's quite unlikely that the ex-senator and former presidential candidate's recent comments in an interview with the Wichita Eagle will change their minds.

Speaking of the GOP's chances in a hypothetical 2016 face-off with former Secretary of State Hillary Clinton, Dole expressed skepticism that some of the party's newest and most talked-about figures are ready to challenge the former first lady.

"A number of the younger members [of the Senate], first-termers like Rand Paul, [Marco] Rubio and that extreme-right-wing guy — Ted Cruz? All running for president now," Dole said, "I don't think they've got enough experience yet."

While Dole leveled criticism toward Democrats, too — most notably saying he doubted the administration's Obamacare enrollment numbers were true — the former longtime U.S. senator from Kansas chastised his party in Congress for being overly confrontational and not unifying around a single alternative to Obamacare.