Is this the end of Terry Richardson? 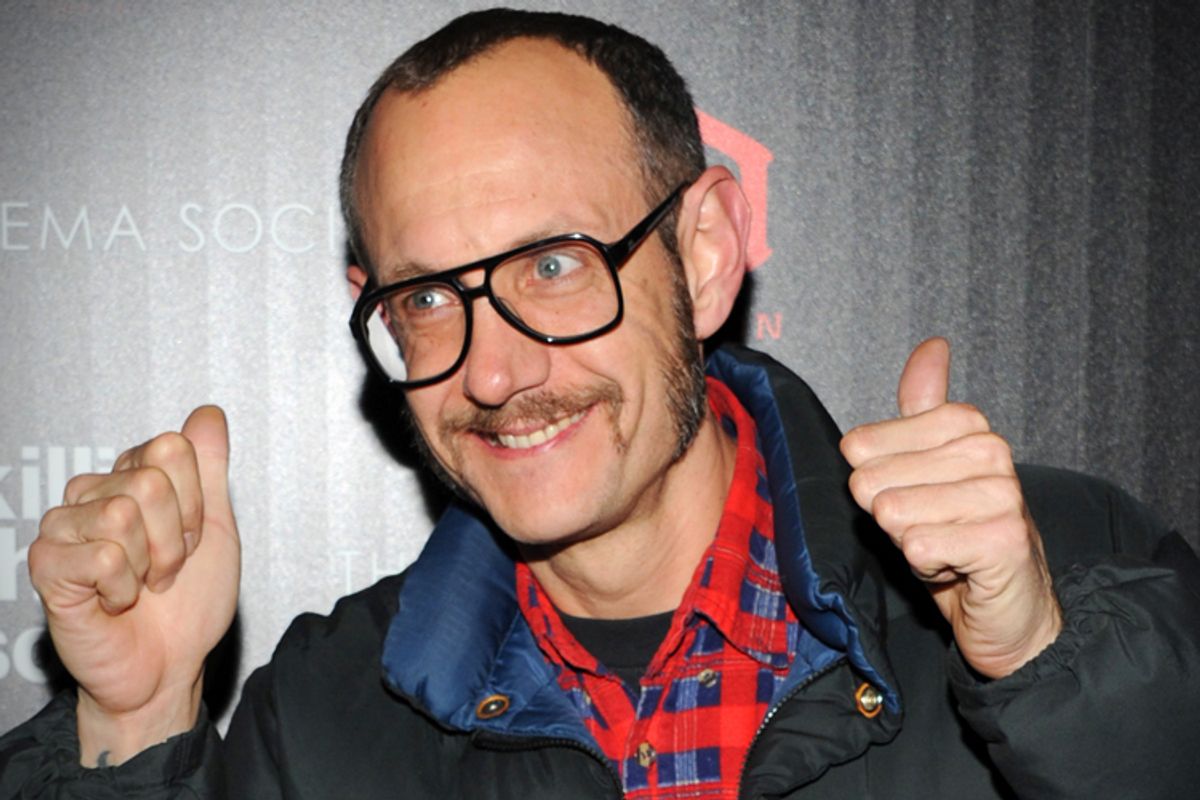 It wasn't the latest allegation of sexual harassment from photographer Terry Richardson that was surprising, or his spokesperson's swift rebuttal of it. Rather, it was the cool response from the most iconic fashion magazine in the world. And with it, it was the suggestion, after several years of models coming forward accusing him of wildly inappropriate behavior, of what it might take to end the controversial lensman's career. Hint: It's probably not concern about the well-being of young and vulnerable women.

On Sunday, model Emma Appleton tweeted a screen grab from earlier in the day, ostensibly from Richardson, that read, "If I can fuck u will book you in ny for a shoot for Vogue." Appleton told BuzzFeed that the text had come from Richardson's Facebook account, though his spokeswoman countered that "This is obviously a fake. Terry did not send this text." Appleton later tweeted, "Beginning to wish I hadn't posted that...it doesn't matter who you are or the what the industry is, just be a decent human being" and "The fact people think this is acceptable blows my fucking mind. See ya," before deleting the post and deactivating her Twitter account.

Though Appleton may have decided to back off from a public dispute with Richardson, her claims are certainly not atypical. So consistently deluged with these kinds of allegations is Richardson that last month he wrote a HuffPo Op-Ed "Correcting the Rumors" in which he claimed, "Like Robert Mapplethorpe, Helmut Newton, and so many others before me, sexual imagery has always been a part of my photography…. People will always have strong opinions about challenging images, and the dichotomy of sex is that it is both the most natural and universal of human behaviors and also one of the most sensitive and divisive." Strangely enough, I don't recall any claims of Mapplethorpe or Newton telling a teenager, "If you make me come, you get an A."  I don't remember their models saying that after the artists "drank a few too many drinks … He wanted me to be completely naked and pretend to give [another model] a blow job, while he was also naked."

Just earlier this year, a former model came forward on Reddit to claim that during a shoot, Richardson "licked her ass, had her squeeze his balls, and even ejaculated into her eye -- making sure his assistant captured everything on film." She said at the time, "It’s hard not to look back at this stuff and see that I was a rapist’s dream, completely naïve and trusting, but passive and shy on top of that." Model Coco Rocha has said, "I’ve shot with [Terry Richardson], but I didn’t feel comfortable and I won’t do it again." And Rie Rasmussen has said of Richardson, "He takes girls who are young, manipulates them to take their clothes off and takes pictures of them they will be ashamed of. They are too afraid to say no because their agency booked them on the job and are too young to stand up for themselves."

Yet Richardson has continued to work seemingly nonstop – doing high-profile, sexually suggestive shoots with big stars in spite of these repeated and frankly gross claims about his behavior toward considerably less experienced and powerful individuals. Just last week Neil Patrick Harris called his recent shoot with Richardson a "Bucket List Moment" and called it "So fun. Probably pretty provocative prints." (He later deleted his enthusiastic endorsement.)

The message from the fashion industry for years has been a tacit "Who cares?" as long as Richardson's work has been considered edgy and in demand. Models could keep on saying he'd gone out of bounds and he'd keep racking up work. The implication has long been clear: What matters is the lucrative photographer, not the multiple girls who say he requested their sexual services. But on Sunday, something tipped in a different direction. Though the alleged message from Richardson claimed he could grant a Vogue shoot to a woman who accommodated him, American Vogue's own communications director, Hildy Kuryk, told BuzzFeed succinctly, "We have no plans to work with him in the future."

Aside from the fact that his photos really aren't that interesting – especially after you've seen a few of them and get that the guy has about three ideas – it's pretty clear that the man who's called himself "Uncle Terry" isn't about to change his style in front of or behind the camera. You can tell that from his defiant HuffPo screed on "the spirit of artistic endeavor" and the continuing pile-up of claims against him. And at a certain point, the magazines and retailers who hire Richardson are going to have to ask themselves if they want to be the one named in the inevitable legal action. It's easy to see the writing on the wall – someone is going to come forward with evidence that's going to be embarrassing and hard to explain, and the big brand that was lining Richardson's pockets at the time is going to look really bad. What will eventually be his undoing won't be a sense of responsibility to women but fear of financial reprisal. Last fall, after other allegations, H&M similarly declared, "If these accusations are true, it's totally unacceptable to us." And the retailer added pointedly, "Currently we're not working with Terry Richardson."

Nobody on earth would accuse the fashion industry of being especially concerned with the well-being of the young women who fuel it, but when enough of those young women won't stop coming forward, the man they're speaking out against is going to look more and more like a whopping lawsuit waiting to happen. A whopping lawsuit in big eyeglasses, who admits, "I was a shy kid, and now I'm this powerful guy with his boner, dominating all these girls."