The royal took advantage of his VIP status in Pakistan [UPDATED] 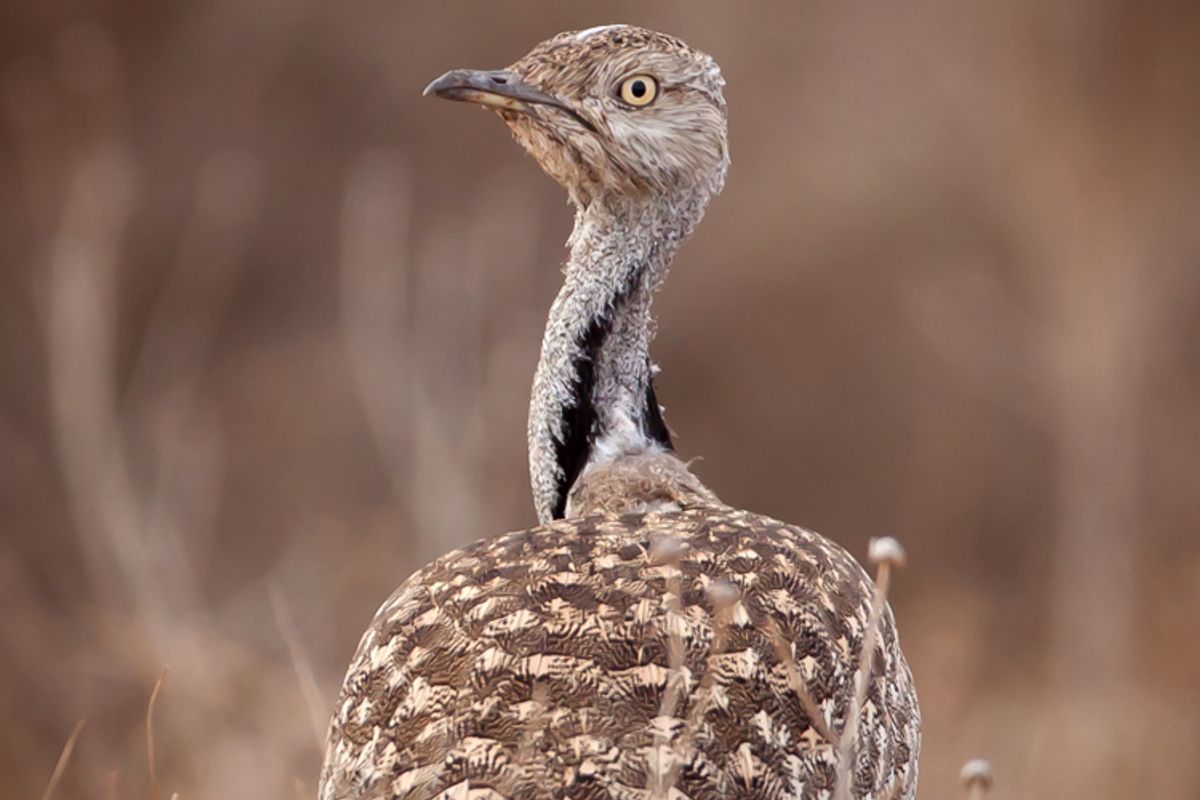 A Saudi Arabian prince did some serious damage on a recent hunting expedition, managing during a 21-day killing spree to put a vulnerable species a few thousand deaths closer to extinction.

The Saudi royal's trip to Chagai, Balochistan this past January landed him 1,977 rare houbara bustards, reports Dawn, Pakistan's English-language newspaper. Other members of his party managed to bag 123 more. According to a report prepared by the Balochistan Forest and Wildlife Department -- "Visit of Prince Fahd bin Sultan bin Abdul Aziz Al Saud regarding hunting of houbara bustard" -- "the prince hunted the birds for 15 days in the reserved and protected areas, poached birds in other areas for six days and took rest for two days."

Pakistan's come under fire for issuing special permits to Arab rulers allowing them to hunt the birds, which are off-limits to Pakistani citizens. As the Guardian reported in February, "VIP visitors from the Gulf enjoy their traditional hunts with falcons and believe the houbara's meat has aphrodisiac properties." This year, officials issued 33 permits to trigger-happy dignitaries, including the emirs of Kuwait and Qatar and the president of the United Arab Emirates, allowing them to kill up to 100 birds each.

Helped along by overhunting, the hourbara's population has fallen in recent decades; it's considered to be at risk of extinction by the Convention on International Trade in Endangered Species.