Top Catholic official: It's OK to deny women healthcare because "all you have to do is walk into a 7-11" to buy birth control 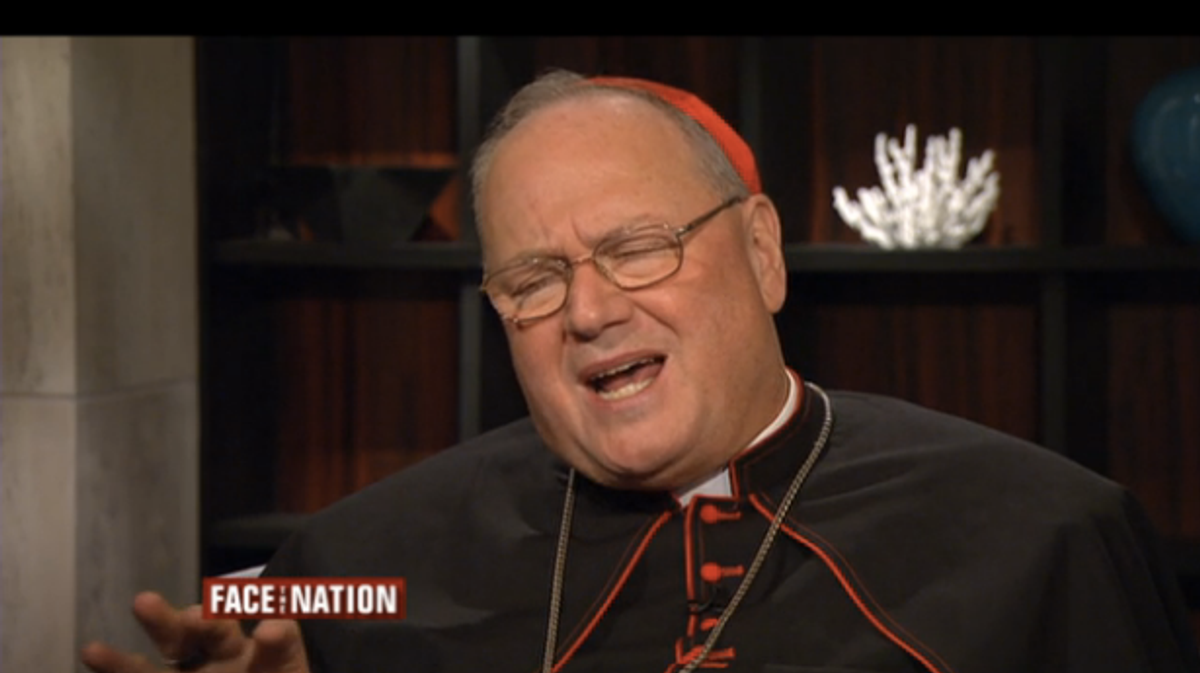 New York Archbishop Timothy Dolan said this weekend that the owners of Hobby Lobby are "true Americans," and that denying women insurance coverage for contraception -- that they already pay for -- is fine because, "By Lord, all you have to do is walk into a 7-11 or any shop on any street in America and have access to them."

Here's the quote from Dolan's weekend appearance on CBS' "Face the Nation":

I think [the owners of Hobby Lobby] are just true Americans. ... Is the ability to buy contraceptives that are now widely available -- by Lord, all you have to do is walk into a 7-11 or any shop on any street in America and have access to them -- is that right to access those and have them paid for, is that such a towering good that it would suffocate the rights of conscience? I don't think so, but I hope the Supreme Court agrees.

A couple of things here.

First, Dolan seems to think that what's at stake in the Hobby Lobby case is whether or not employees can buy condoms. That, or he genuinely believes that gas stations sell the forms of contraception that Hobby Lobby is refusing to cover through its employee health plan -- like Plan B One-Step and the copper IUD. (The latter of which needs to be prescribed and placed by a physician.)

Second, let's pretend for a moment that Dolan is right and that we live in a country where women can buy IUDs (and have them safely placed) at convenience stores. This still ignores the question of affordable access -- the very reason that the Affordable Care Act stopped making women pay extra for basic medical care. As I've noted before, the IUD can cost between $500 and $1,000, putting it largely out of reach for the many people who may want to use it as birth control. Plan B One-Step, even though it's now available over the counter and no longer requires a visit to the doctor to obtain a prescription, still costs around $50 to $60.

When pressed on the question of whether a ruling in favor of Hobby Lobby could set a dangerous precedent, Dolan conceded, "It could."