Now that "Noah" has earned a healthy chunk of change, a look at where the Academy may turn to next 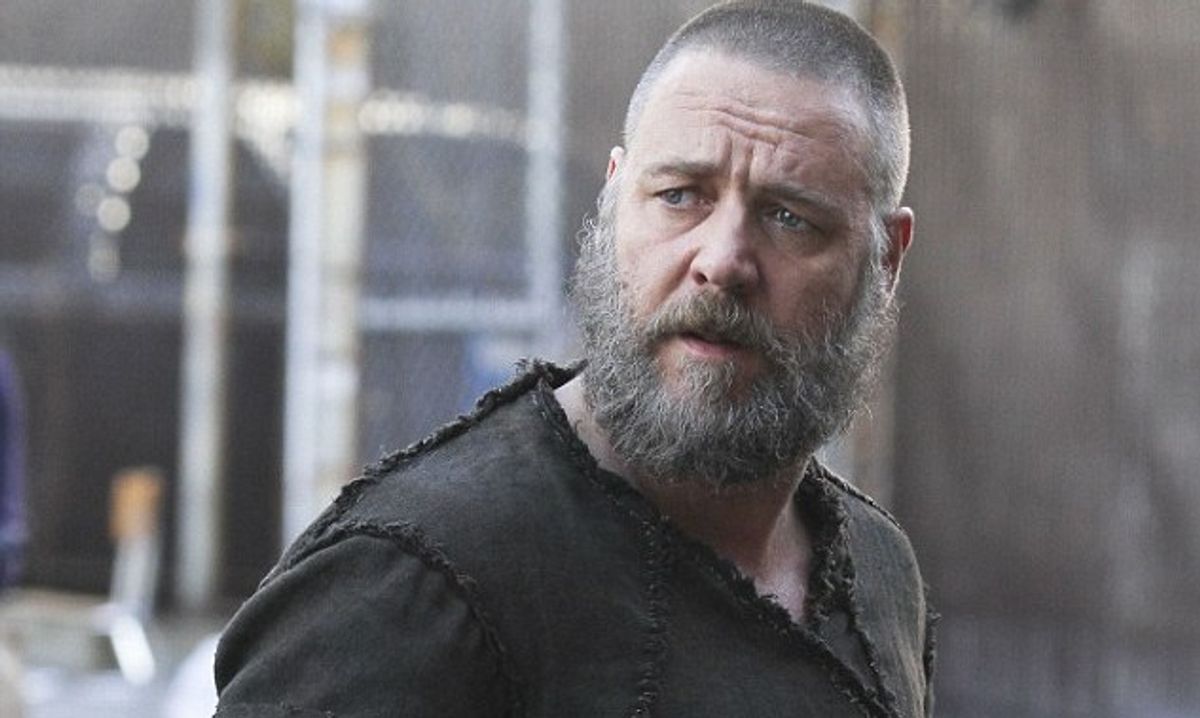 Hollywood’s quest for sex, violence and disaster (or, better yet, the intersection of all three) is as voracious as British Petroleum’s quest for oil.  Now, with the dollars rolling in from the latest biblical blockbuster, Noah,— $160M globally and counting—the film industry may have tapped a lucrative pool of black ooze. Greek, Roman and Norse mythology have offered up rich sources of live action and titillation in recent years: Troy, 300, Ulysses, Immortals, Thor, and Clash of the Titans, to name a few.  But if the studios are looking for epic battles that span heaven and earth, supernatural special effects, sordid tangles of kinky sex, and heroes who live and die by their own rules with irrelevant extras dropping in droves, they can hardly do better than the book of Genesis.

Some Christian commentators have expressed pleasure about the fact that thanks to Darren Aronofsky’s Noah, more people are reading the book of Genesis. Given the contents of the book, some atheist commentators have expressed pleasure at the same thing.  Whether the stories gathered in Genesis are assets or liabilities for Christianity may be open to debate.  But for Hollywood, where blood and sex have cash value, the first book of the Bible may be a literal treasure trove.

Here are five stories that just might have what it takes:

Abraham (Epic drama).The story of Abraham is a tale of jealousies and promises, deception and redemption. With Yahweh on his side, Abraham, like his ancestor Noah, is larger than life.  He claims vast landscapes as his grazing lands, to share with his cousin, Lot, only to be driven by drought into the civilized Nile valley. In Egypt, his stunningly beautiful wife Sarai pretends she is merely his sister and the pharaoh takes her into his harem. Yahweh is displeased, and plagues ravage the royal household until the truth erupts. To appease divine wrath, Pharaoh curries favor by heaping wealth on Abraham and sending him home with livestock, escorts, silver and gold. In the wild hills of Canaan, Abraham seeds a long-sought son, first by bedding Sarai’s slave, Hagar, and then finally by bedding Sarai herself. To appease Sarai’s jealous nature, the bastard son Ishmael is sent into the wilderness with his mother, and the stage is set for a clash of civilizations. (Genesis 12-13).

Lot (Tragedy).  Lot lives in the shadow of his cousin Abraham. Lacking Abraham’s fortitude, he makes his home among the soft, degenerate citizens of Sodom until two angelic visitors set off a chain of events that will change history. When a mob of gang bangers demands that he hand over the guests, Lot finds his courage, upholding his duty as a host and offering the mob his young daughters instead. Pleased with Lot, God intervenes, striking the marauders blind and letting Lot know He will destroy the city.  As Lot’s family flees, Sodom explodes in a cataclysmic eruption of sulfur and stone. Lot’s wife looks back—perhaps a sign of misplaced loyalties—and is turned to a pillar of salt. Lot himself ends up a drunk, living in a cave with the two daughters who take turns having sex him while he is passed out.  But even out of the depths of depravity, hope emerges in the form of grandsons, who, we are told, become the fathers of great nations. (Genesis 19).

The Twins (Psychodrama). The tale of Jacob and Esau is a dark dive into the psychology of manhood and sibling rivalry. Father Isaac favors the elder of his twin sons, Esau, a virile hunter.  Rebekah, their mother, favors the soft but clever younger son, Jacob. Over time she connives with him to trick Esau out of the wealth and privileges that are his birthright. In scene after scene, Esau’s impatience and hunger blind him to their deceptions and predations until he is left with little but a desire for revenge. Jacob triumphs in the end, winning the blessing not only of their father but of God himself.  At an intimate level, this story unveils the plight of brothers caught in a web of favoritism, siblings whose loyalties and empathy for each other grind away as they become pawns in a marital feud.  As a metaphor for the arc of history, the story tells of the defeat of simple hunters and herdsmen and the triumph of more complex civilizations. (Genesis 25-27).

The Rape of Dinah (Vengeance/Action). It’s a familiar Hollywood plot (man gets revenge for woman violated)--with a twist of the surgical knife. Prince Shechem of the Hivites forces himself on Dinah, the young daughter of Jacob. He then offers to pay a bride price and to marry her. (Note: This is the penalty for rape that later will be encoded in Hebrew law). Dinah’s twelve brothers pretend to negotiate: They will consent to the marriage and to a broader economic union, only if the Hivites get circumcised.  On the advice of the king, the men of the city-state agree to merge with the family Jacob, and they subject themselves to the blood-rite en mass.  While they are incapacitated, two of Jacob’s sons enter the city, slaughter the royal family, and reclaim their sister.  At their signal, Dinah’s other ten brothers explode into action, looting and killing and ultimately seizing the household wealth and livestock (and “little ones” and women) of the city for their own. (Genesis 34).

A Woman Scorned (Sex drama).  Despite being set in an age when questions over a woman’s virginity were cause for war or murder, the Bible is nonetheless replete with stories of righteous women who survive by whoring (see, for example, Sarai in Egypt, Rebekah, or Ruth). But no woman so boldly walks into the jaws of sexual taboos as Tamar, who sells herself to her father-in-law. In this tale, the patriarch Judah acquires Tamar for his first son, who promptly gets struck dead by Yahweh, leaving her without offspring or stature. As tradition requires, Judah sends in his son Onan to produce a child that will serve as the progeny of his dead brother. Onan doesn’t like the idea and “spills his seed.”  Yahweh kills him too, at which point Judah refuses to send in another son and instead ships Tamar off to live with her father. Years pass.  When Tamar learns that Judah will be in her vicinity shearing sheep, she veils herself like a prostitute and waits by the roadside.  Months later, Judah learns she is pregnant and has her dragged out of her house to be burned. En route to the execution, Tamar holds up his signet ring--proof of his paternity—and, as added vindication, six months later she takes her place in history in the way that biblical women do, by bearing sons. (Genesis 38).