9/11 isn't the same for them: Why the next generation's view of the national security state will be radically different

With the terrorist attack nearly 13 years past, here's why the debate on civil liberties may soon be transformed 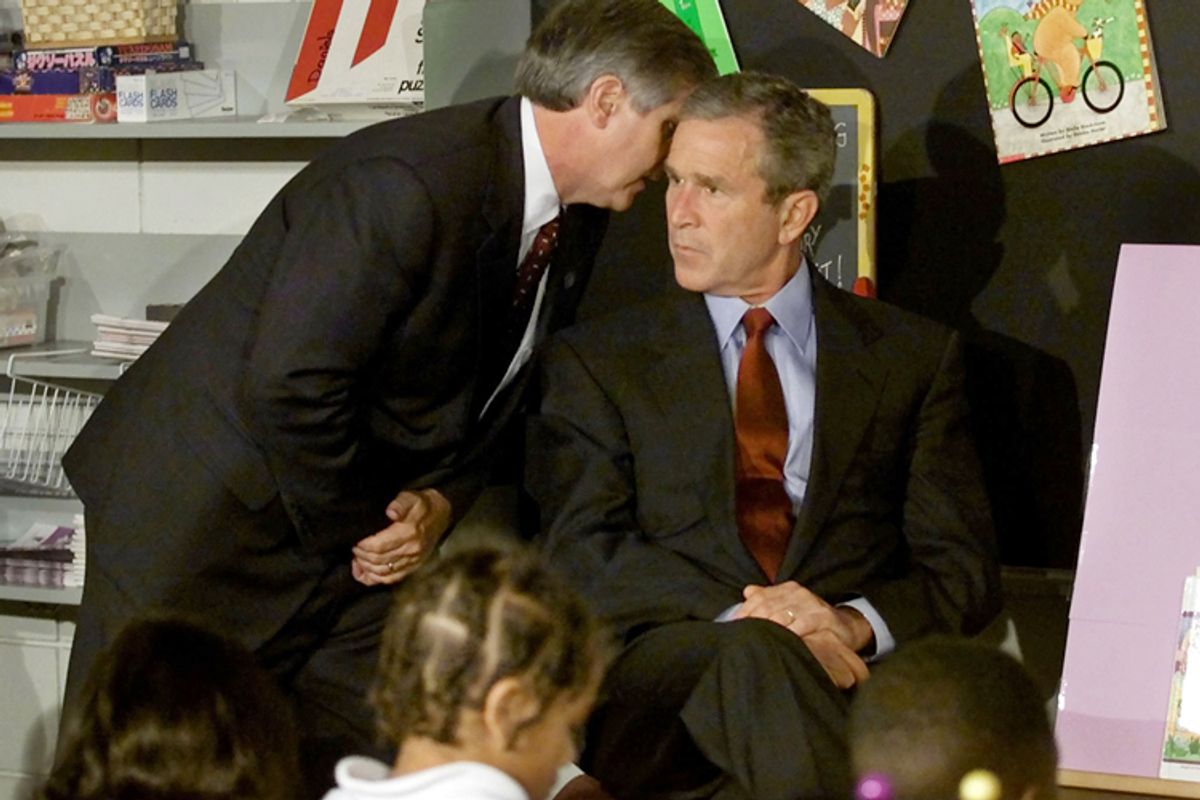 Reading too deeply into the habits of teenagers on Twitter will only lead to disastrously misguided "trend pieces" about the Youth Today that, like the infamous, almost entirely false New York Times piece on "grunge" circa 1992, completely misinterpret the latest craze or fashion. But when the "trend" in question is, say, tweeting jokey bomb threats at American Airlines, it may be a development worth considering more closely.

In case you missed it, last week a strange news story quickly rocketed through the "twitterverse" -- and soon cable news and elsewhere --  when a 14-year-old Dutch girl named Sarah tweeted a "joke" at American Airlines, and quickly got the reply that anyone who still vividly remembers the tragic attacks of 9/11 would entirely expect:

As the 14-year-old suddenly realized the magnitude of her mistake -- and started freaking out -- the story became a kind of funny "teachable moment" about the perils of joking about bomb threats on social media. But lost in the laughs was the larger context: "Sarah" is just 14 -- she was a year old on Sept. 11, 2001. Could this psychological distance from that most infamous terrorist attack in modern history have contributed to her decision to do something so monumentally stupid? It's certainly possible, and the sizable number of young Twitter users who have taken up her cause, posting stupid, thoroughly misguided "threats" to American Airlines and Southwest, as first reported by Caitlin Dewey at the Washington Post, only makes this interpretation seem more likely. But there's also the possibility that this story is really about social media: how different generations use it, how we perceive it, and how it's affecting the boundaries of our law and discourse as these mediums take on a larger role in our lives.

On Tuesday, I had a chance to talk with one of the teenagers who'd posted an inflammatory tweet as "a satire on the whole Sarah thing," but had taken it down before Southwest responded. (Just a few hours after talking with me, he deleted his Twitter account and cut off contact.) When I talked to him, 17-year-old Kalen Riley was remorseful, but also somewhat baffled by the intense reaction that he'd received. After all, he'd been careful to word his tweet in such a way as to avoid making an actual threat -- though, of course, he came very close:

According to Kalen, he's seen a lot worse posted on Twitter, and he really didn't expect the enormous response that the Washington Post piece engendered. But he did acknowledge that his tweet "may not have been the smartest thing."

Still, Kalen's example is something of an outlier in the "copycat Twitter bomb threat" genre. While his tweet barely (cleverly?) avoids making an explicit threat, plenty of other teens (including a Miley Cyrus fangirl) made much more blatant threats. Kalen's tweet dances right on the line between clever snark and bad taste. It reveals, in short, a view of terrorism that likely comes from having no firsthand experience with terrorism itself. But a lack of experience shouldn't be confused with naiveté: Kalen has a deeply nuanced perspective on the issue. "If we can't move past 9/11 after 13 years," he tells me, "then I feel like America is going to have problems."

When we talked, Kalen wasn't dismissive of the threat that terrorism poses, and he showed a careful consideration of the issue that seemingly contradicts the glibness of his tweet. "I think terrorism is a terrible thing. It's depressing that something like that exists. But I also think it's moronic to dwell on things that happened in the past. We're taught out entire lives to let things go, and I think to prosper at all we need to let that go. But we don't need to forget. We should still be cautionary because that's only smart."

So should he worry about prosecution? Did he make a bomb threat, or just a bad joke? To better understand the free speech questions behind this case, I emailed briefly with Ken from the legal blog Popehat, who has written about the First Amendment questions behind threats on Twitter in the past. According to Ken, the main legal distinction between a joke and a "true threat" is objective, i.e., "whether a reasonable observer would perceive the communication to communicate a genuine threat." Of course, this is a fairly broad definition, and problems can quickly arise when people from different generations -- with completely difference relationships with (and understanding of) social media -- come into conflict.

As Ken explains, "The problem with social media is that cops, prosecutors and judges are not as familiar with the context, and therefore don't follow the cultural cues.  They're not equipped to figure out whether a reasonable person familiar with the particular subculture (like the subculture of trash-talking teens in the League of Legends case involving Justin Carter) would take the threats as serious or not.  In other words, there's a gulf between what reasonable people in the online culture understand the words to mean, and what (somewhat, sometimes) reasonable people outside the online culture understand the words to mean. If we don't want people arrested or brutalized for common online trash talk that is not taken seriously by people familiar with the context, then we need cops, prosecutors, and judges more familiar with that context."

Polls have consistently shown that young Americans are deeply concerned with the ongoing erosion of our civil liberties, as well as recent revelations surrounding the government's use of surveillance technology. A Pew Research poll from last summer showed huge movement away from anti-terror policies that restrict civil liberties among America's youngest voters; these trends will only continue as "Generation Z" comes of age.

What started as a funny news story, a quick way for media websites to grab some easy clicks, quickly morphed into a surprising augur of the shape of things to come. If these tweeters are even remotely indicative of Gen Z -- their generation's use of social media, and their lack of concern for the "threat" of terrorism -- then a whole generation of adults are about to come of age completely unsympathetic to the national security state and its apparatus, and unwilling to blindly follow its rules. And that would surely be a story worth telling.