Presenting "Veg Balls," the eco-friendly alternative to the Swedish classic 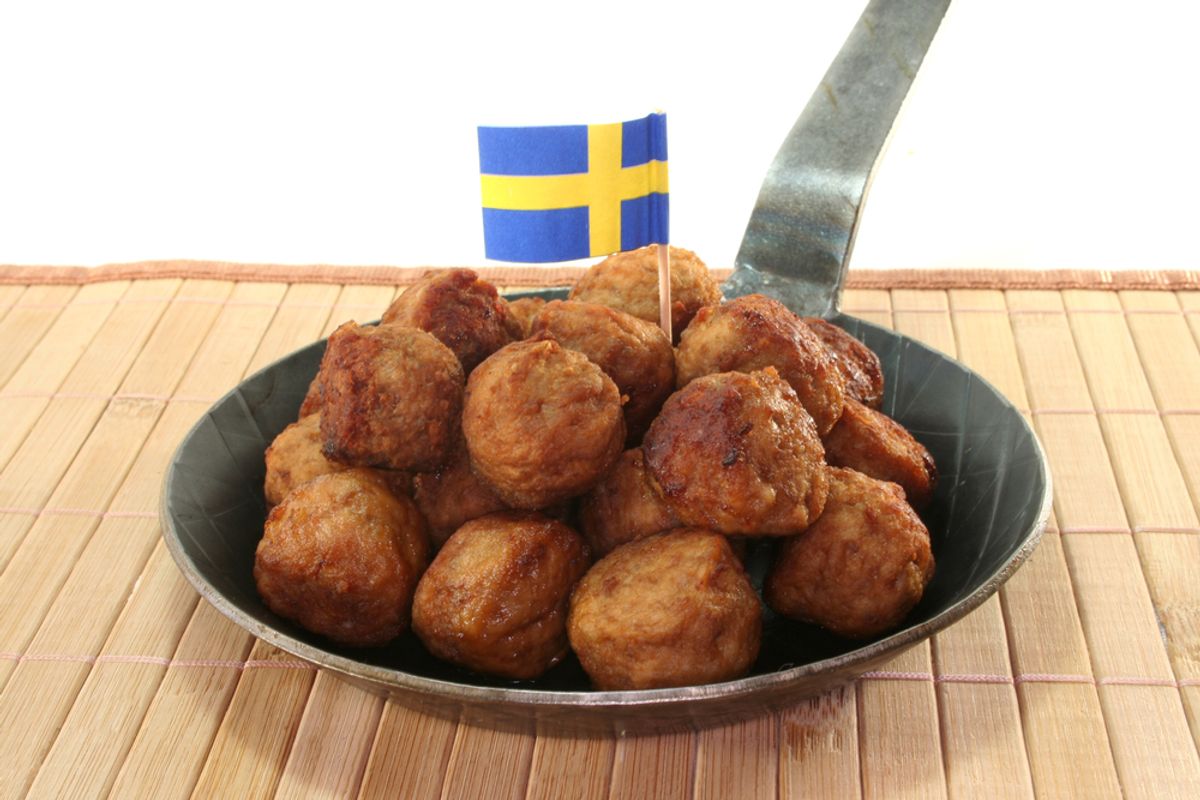 Ikea isn't about to stop eating up the world's commercial wood supply, so it's targeting a new green initiative with its iconic Swedish meatballs, instead. And the only real way to make meatballs green, of course, is to get rid of the meat.

"In order to cut carbon emissions and help tackle climate change," the Telegraph reports, the flat-pack superstore will soon serve "Veg Balls" to hungry furniture shoppers. They'll also be offering chicken meatballs, as an alternative to the current beef and pork mix.

"We are looking at all our food products from a sustainability perspective but specifically meatballs," said Joanna Yarrow, head of sustainability for Ikea UK. "They are very popular and they are also our most carbon-intensive food item on our menu."

She's not exaggerating: Last year, the company sold about 150 million meatballs. And according to the company's own calculations, the food sold in its stores in 2013 accounted for 600,000 tons of carbon dioxide emissions.

A spokesperson confirmed that Ikea will “continue to sell the regular meatballs” along with the "lower carbon alternatives," which will debut sometime next year.