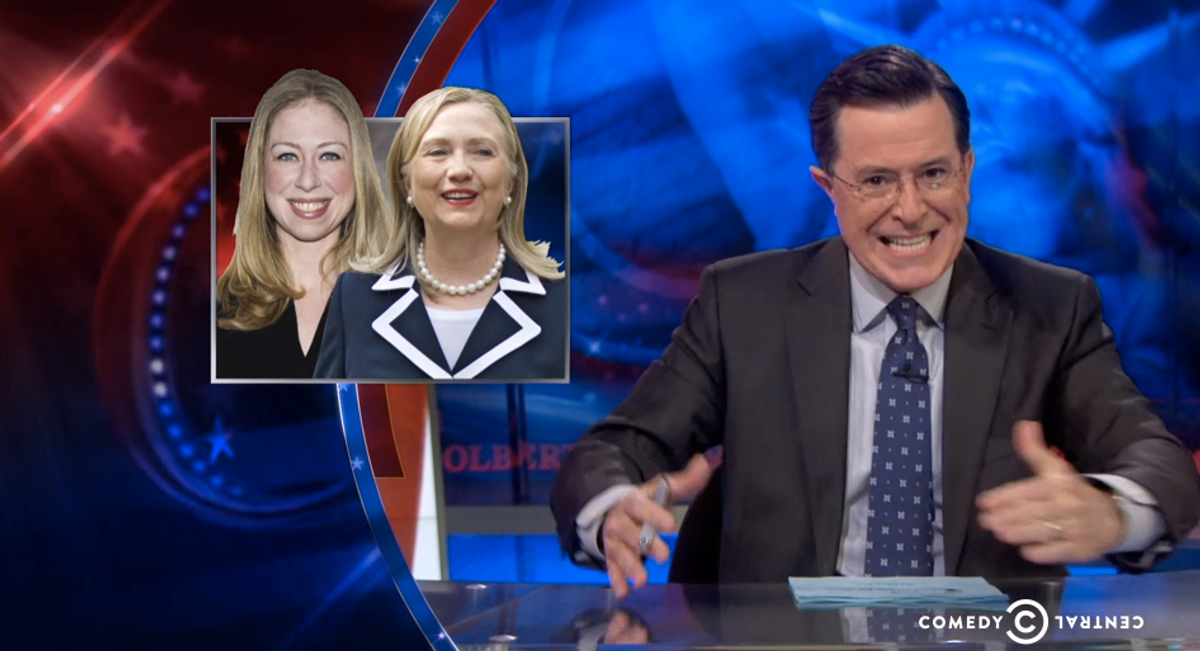 Did Chelsea Clinton *gasp* plan her pregnancy? Will being a grandmother affect Hillary Clinton's rumored campaign bid? And, perhaps most and least important, did Hillary Clinton hire someone to throw a shoe at her head while speaking at a conference in Las Vegas (and is that related to Benghazi)? These are all ridiculous questions that some media personalities are trying to turn into conspiracy theories, and Stephen Colbert is having a lot of fun mocking them.